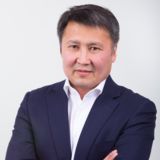 Nurbek Turdukulov has worked tirelessly to ensure the success of his different businesses he has founded throughout his career. Currently, he is the director of SeaNova Capital LLC. However, he has led an impressive amount of companies towards success, one of them becoming the largest mobile operator in its country. Nurbek believes his education has made him a better businessman, and he believes the world could benefit greatly from every individual having access to education. Personally, Nurbeck has pursued and earned a bachelor’s degree in economics and cybernetics, as well as a master’s degree in economics. Nurbeck has also been named as the 2002 Business Man of the Year. He always strives to put his best effort forward in all of his business ventures with a strong work ethic, in order to successfully lead his companies. Read more at NurbekTurdukulov.com!