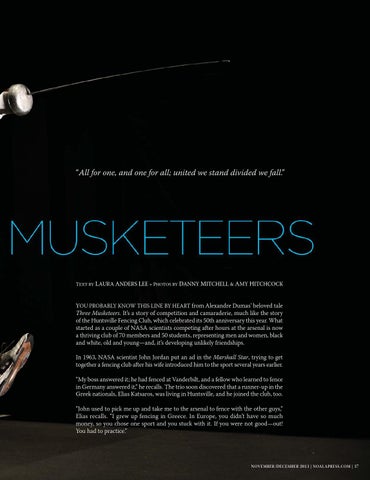 “All for one, and one for all; united we stand divided we fall.”

YOU PROBABLY KNOW THIS LINE BY HEART from Alexandre Dumas’ beloved tale Three Musketeers. It’s a story of competition and camaraderie, much like the story of the Huntsville Fencing Club, which celebrated its 50th anniversary this year. What started as a couple of NASA scientists competing after hours at the arsenal is now a thriving club of 70 members and 50 students, representing men and women, black and white, old and young—and, it’s developing unlikely friendships. In 1963, NASA scientist John Jordan put an ad in the Marshall Star, trying to get together a fencing club after his wife introduced him to the sport several years earlier. “My boss answered it; he had fenced at Vanderbilt, and a fellow who learned to fence in Germany answered it,” he recalls. The trio soon discovered that a runner-up in the Greek nationals, Elias Katsaros, was living in Huntsville, and he joined the club, too. “John used to pick me up and take me to the arsenal to fence with the other guys,” Elias recalls. “I grew up fencing in Greece. In Europe, you didn’t have so much money, so you chose one sport and you stuck with it. If you were not good—out! You had to practice.” 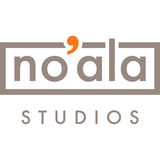