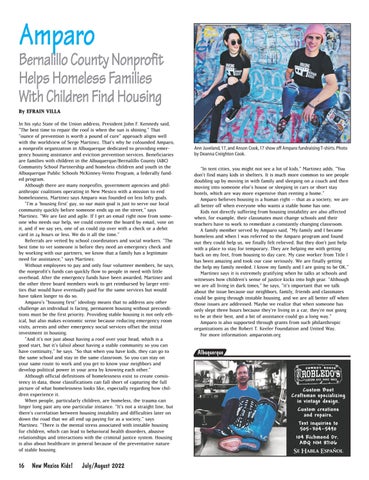 Bernalillo County Nonprofit Helps Homeless Families With Children Find Housing By EFRAIN VILLA In his 1962 State of the Union address, President John F. Kennedy said, “The best time to repair the roof is when the sun is shining.” That “ounce of prevention is worth a pound of cure” approach aligns well with the worldview of Serge Martinez. That’s why he cofounded Amparo, a nonprofit organization in Albuquerque dedicated to providing emergency housing assistance and eviction prevention services. Beneficiaries are families with children in the Albuquerque/Bernalillo County (ABC) Community School Partnership and homeless children and youth in the Albuquerque Public Schools McKinney-Vento Program, a federally funded program. Although there are many nonprofits, government agencies and philanthropic coalitions operating in New Mexico with a mission to end homelessness, Martinez says Amparo was founded on less lofty goals. “I’m a ‘housing first’ guy, so our main goal is just to serve our local community quickly before someone ends up on the street,” says Martinez. “We are fast and agile. If I get an email right now from someone who needs our help, we could convene the board by email, vote on it, and if we say yes, one of us could zip over with a check or a debit card in 24 hours or less. We do it all the time.” Referrals are vetted by school coordinators and social workers. “The best time to vet someone is before they need an emergency check and by working with our partners, we know that a family has a legitimate need for assistance,” says Martinez. Without employees to pay and only four volunteer members, he says, the nonprofit’s funds can quickly flow to people in need with little overhead. After the emergency funds have been awarded, Martinez and the other three board members work to get reimbursed by larger entities that would have eventually paid for the same services but would have taken longer to do so. Amparo’s “housing first” ideology means that to address any other challenge an individual is facing, permanent housing without preconditions must be the first priority. Providing stable housing is not only ethical, but also makes economic sense because reducing emergency room visits, arrests and other emergency social services offset the initial investment in housing. “And it’s not just about having a roof over your head, which is a good start, but it’s (also) about having a stable community so you can have continuity,” he says. “So that when you have kids, they can go to the same school and stay in the same classroom. So you can stay on your same route to work and you get to know your neighbors and develop political power in your area by knowing each other.” Although official definitions of homelessness exist to create consistency in data, those classifications can fall short of capturing the full picture of what homelessness looks like, especially regarding how children experience it. When people, particularly children, are homeless, the trauma can linger long past any one particular instance. “It’s not a straight line, but there’s correlation between housing instability and difficulties later on down the road that we all end up paying for as a society,” says Martinez. “There is the mental stress associated with instable housing for children, which can lead to behavioral health disorders, abusive relationships and interactions with the criminal justice system. Housing is also about healthcare in general because of the preventative nature of stable housing.

“In tent cities, you might not see a lot of kids,” Martinez adds. “You don’t find many kids in shelters. It is much more common to see people doubling up by moving in with family and sleeping on a couch and then moving into someone else’s house or sleeping in cars or short stay hotels, which are way more expensive than renting a home.” Amparo believes housing is a human right -- that as a society, we are all better off when everyone who wants a stable home has one. Kids not directly suffering from housing instability are also affected when, for example, their classmates must change schools and their teachers have to work to remediate a constantly changing classroom. A family member served by Amparo said, “My family and I became homeless and when I was referred to the Amparo program and found out they could help us, we finally felt relieved. But they don&#39;t just help with a place to stay for temporary. They are helping me with getting back on my feet, from housing to day care. My case worker from Title I has been amazing and took our case seriously. We are finally getting the help my family needed. I know my family and I are going to be OK.” Martinez says it is extremely gratifying when he talks at schools and witnesses how children’s sense of justice kicks into high gear. “Although we are all living in dark times,” he says, “it’s important that we talk about the issue because our neighbors, family, friends and classmates could be going through instable housing, and we are all better off when those issues are addressed. Maybe we realize that when someone has only slept three hours because they’re living in a car, they’re not going to be at their best, and a bit of assistance could go a long way.” Amparo is also supported through grants from such philanthropic organizations as the Robert T. Keeler Foundation and United Way. For more information: amparonm.org 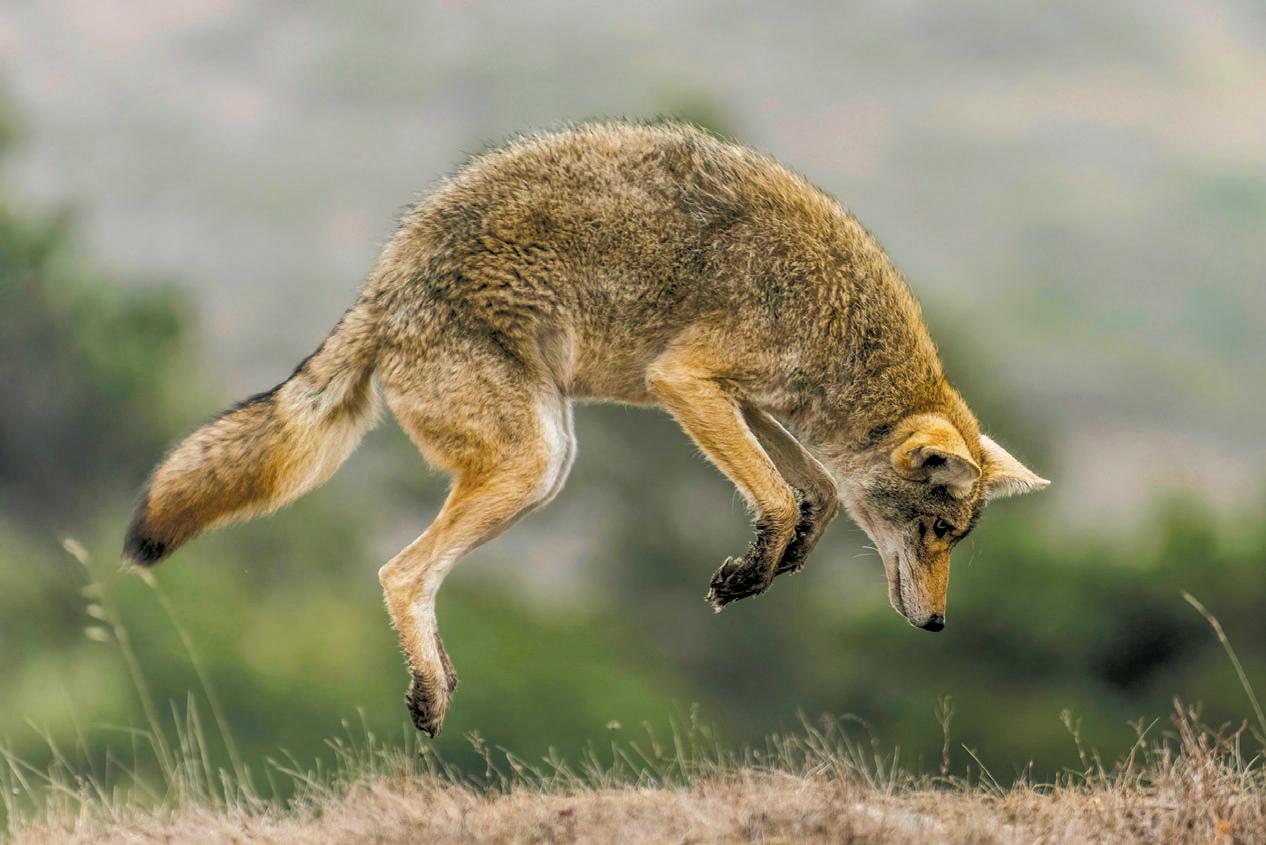 How To Shoot Wildlife Photos 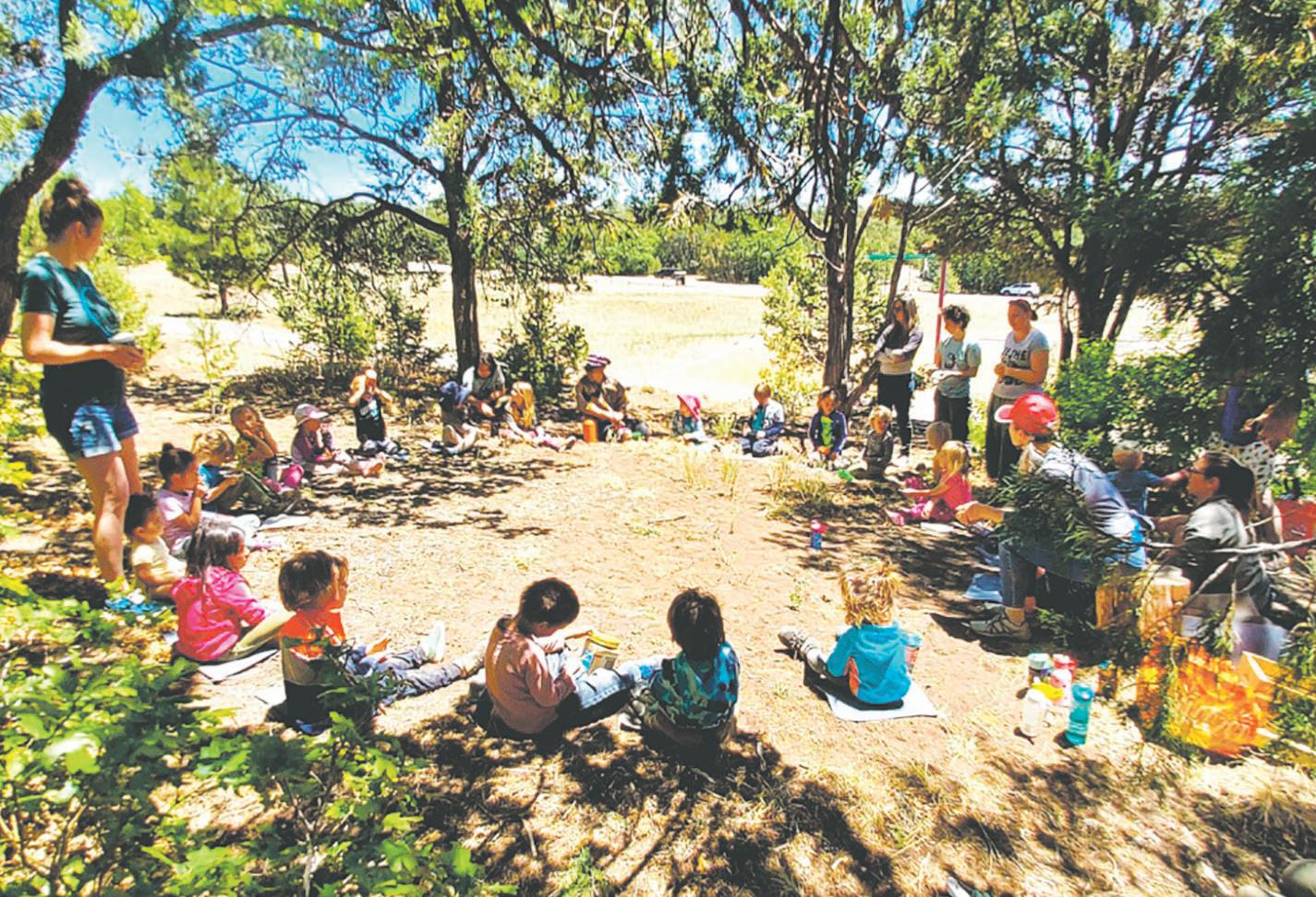 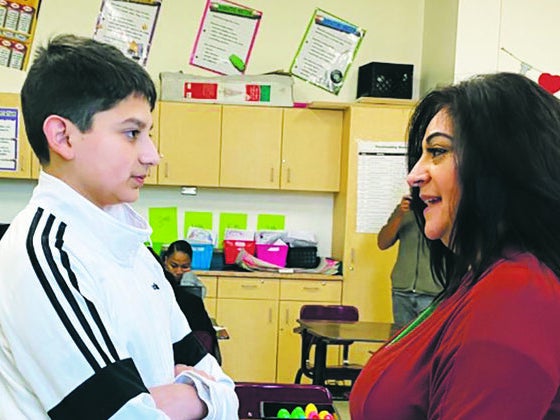