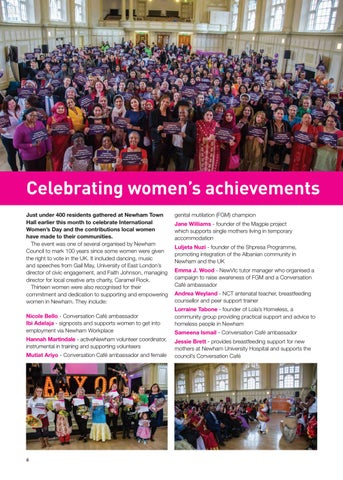 Celebrating women’s achievements Just under 400 residents gathered at Newham Town Hall earlier this month to celebrate International Women’s Day and the contributions local women have made to their communities. The event was one of several organised by Newham Council to mark 100 years since some women were given the right to vote in the UK. It included dancing, music and speeches from Gail May, University of East London’s director of civic engagement, and Faith Johnson, managing director for local creative arts charity, Caramel Rock. Thirteen women were also recognised for their commitment and dedication to supporting and empowering women in Newham. They include: icole Bello - Conversation Café ambassador N Ibi Adelaja - signposts and supports women to get into employment via Newham Workplace Hannah Martindale - activeNewham volunteer coordinator, instrumental in training and supporting volunteers Mutiat Ariyo - Conversation Café ambassador and female 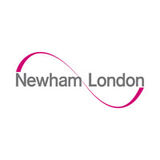