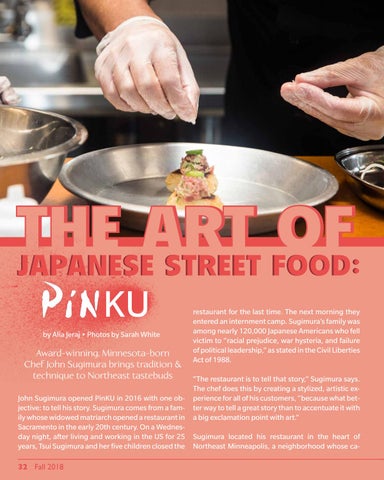 restaurant for the last time. The next morning they entered an internment camp. Sugimura’s family was among nearly 120,000 Japanese Americans who fell victim to “racial prejudice, war hysteria, and failure of political leadership,” as stated in the Civil Liberties Act of 1988.

“The restaurant is to tell that story,” Sugimura says. The chef does this by creating a stylized, artistic exJohn Sugimura opened PinKU in 2016 with one ob- perience for all of his customers, “because what betjective: to tell his story. Sugimura comes from a fam- ter way to tell a great story than to accentuate it with ily whose widowed matriarch opened a restaurant in a big exclamation point with art.” Sacramento in the early 20th century. On a Wednesday night, after living and working in the US for 25 Sugimura located his restaurant in the heart of years, Tsui Sugimura and her five children closed the Northeast Minneapolis, a neighborhood whose ca32 Fall 2018 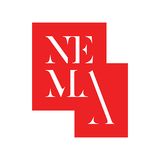