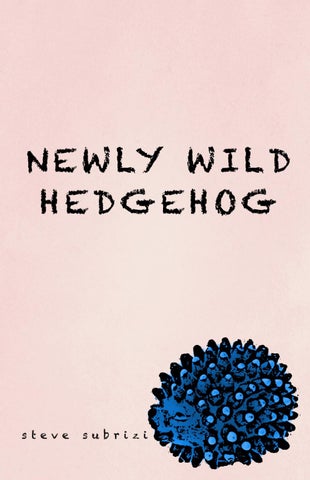 For SB, with the kinder sort of thanks as well as the stranger.

TAKING THE LONG ROUTE NORTH TO A CITY OF BRICKS IN JANUARY I drove my little brotherâ&amp;#x20AC;&amp;#x2122;s car over the bridge. I normally prefer to stand on a bridge, but ice scratched by childrenâ&amp;#x20AC;&amp;#x2122;s skates had blotted out the current of this river, my favorite river for staring. The light stayed red. The snow banks bled into the murdered grass. Every last lawn held a private fault, but the decorative statuaries continued to emote within the centuries assigned. The Romans felt indifferently toward sciences but decided their demigods should peer sternly athwart new air as though through a convex lens. The plow had destroyed one fiberstone brave, solid waves of hair crushed across the paved land. All roads led to Troy. The light changed to green. I was headed out to drink fire with the old crowd, and the warmth of their faces would soon thaw what chunks of sweetness I had salted and stored.

A PILLAR OF THE COMMUNITY Old Carl came knocking on my screen door again last Tuesday. Every time it’s, “Jacob, I need 20 dollars. Don’t ask why.” He knows I have to ask why. “I’m out of kite materials.” It’s true that the children at Littlefield Park have grown up expecting Carl to spend his august days assembling box kites, handing them out, and then drifting away into the wild brush. This time I told him no. “But the big kite race is this weekend!” he said. “How would it look if I showed up with nothing to fly?” “Just don’t go,” I said. “‘Just don’t go?’ Why don’t I just drift away into the wild brush and never show my face in this town ever again?” he said. I’m sure he was manipulating me, but save my heart if I could have slept that night had I let him leave my kitchen that way. He lost the race, he later told me, but every kite in the sky that day had been built by his hands.

THE CATCH IN OUR VILLAGE BYLAWS A glitch in the console allowed me to cross through the wild brush. Not fifteen feet past the limits of our gated community, I approached a smoothed-out rock formation. A sharp young proprietor lived inside of the rock formation. He stepped outside of his rocks and he sued me for trespassing. In the wilderness, the law works differently. Individuals can sue each other much more efficiently, with no representation and little paperwork. I stuffed the notice into my Northface and onward I traveled. Needless to say, I was cross. As I tripped down the steps of dead root and cut up my shins shuffling around the ill-kempt rock walls, I began to tug on my great aunt’s old necklace until it snapped apart and slipped into some leaves. There beneath the leaves, some goateed individuals were busy snacking on their canapés—pardon moi!—and when asked in simple English where a small silver pendant might have disappeared, they had nothing to tell me. Needless to say, I sued their khakis off. Needless to say, they don’t look so sharp anymore, prancing about on all fours, gnawing placidly at the overgrown reeds with red mud caked all over their antlers.

CHECK YOUR WINDSHIELD Nice to see you washed my guts off the door. I hope we can meet again over beer, despite that I have just torn out each one of my teeth and thrown them at you and your new pal, then fashioned dentures from glass shards that used to be your passenger view mirror. Given some time, the traffic will always thin. Given some time, the wreckage should fossilize into a mildly interesting rock, noted in passing, lost within a travel essay by a college freshman. I guess I will never forget you.

MIGRATING TO PORTLAND I stood up to introduce myself without a finger’s grasp on the language being spoken at the table: HELLO. MY NAME IS [Thumb Sawyer]. I HAVE BEEN A MEMBER OF THE ANIMAL DEFENSE LEAGUE FOR [an amount of time too short, from an evolutionary perspective, to be said to have transpired]. MY FAVORITE ANIMAL IS [the hedgehog]. But the group had begun to bristle. The wood duck asked me to leave. Out on Twelfth and Stark, the night was brisk and milky. The shape of a well familiar hedgehog emerged from the park across the street and I crossed over, hoping she would recall nibbling from my hands, but she must have hopped that cage long ago. She had grown seven feet taller and may never have seen me wearing glasses. The hiss she let out deafened me for an amount of time during which no evolution was likely to have occurred. Back into the brush she fled, the newly wild hedgehog of my past. Next time the question arose, I decided, I would say “manatee,” or possibly “wood duck.” Every time I say the word “hedgehog,” I instinctively leak (admittedly toxic) ink from my (admittedly dead) eyes.

BACKSTROKE I lay down on the cold wood in the dark. My roommateâ&amp;#x20AC;&amp;#x2122;s cat stepped on me and purred. She has cat asthma. I thought about snorkeling. There are islands that only one of us will ever visitâ&amp;#x20AC;&amp;#x201D; you barreling over the sand near Greece, chucking a frisbee through the rain, me with my body hanging beneath the sun like a complicated fruit.

A BOOK OF DIZZY SPELLS Genitalia wakes up in a bathtub screaming and crying at 7am. The rest of the house has already left for work. It’s a Thursday. Genitalia flips open somebody’s laptop and watches ‘90s sitcoms on the internet. Laughs so hard it turns into screaming and crying. Back in the ‘90s, Genitalia went out and purchased 75 butterflies from the pet store in the mall. Kept them in a wire cage. Set the cage across the kitchen from an industrial fan. Invited guests to stand by the fridge until they spun around like hurricanes.

FOSSILIZED LOVE LETTER You are a lonely pterodactyl; I am a lonely plesiosaur. How do I know that you’re lonely? I see that you’re flying alone. I see you flying the sky alone when I poke my head above the water. You soar through the night sky like a bubble through the water. You glide through the morning sky like a trilobite through the water— you belong in every living place. Whenever I see you flying, I feel as if you’re tearing out my guts, like the time you pecked a fish and tore out its guts on the shore while cool blood drizzled your fur. Whenever I watch you on the shore, I want to say, “Come visit me. Swim in the deep and lonely waters with me. Fly like a bubble. Tear out my guts.”

THIS YEAR WILL BE THE YEAR THAT COUNTS

It snowed all night and all morning and then it stopped. It waited at the light and then the light turned green but it realized it was going to be really late for the show and it felt nervous and turned around and drove home. Thatâ&amp;#x20AC;&amp;#x2122;s how the sun came out at noon today. And then my cell phone vibrated, and you told me over the phone that once when you were eleven you stuffed your cat underneath your t-shirt and pretended that you were a large-breasted woman about to step up and compete on The Price is Right. And you said to keep it a secret and I said no, and when I hung up I told Sam and then we played Grand Theft Auto and chainsawed the cops.

SUDDEN DEATH OVERTIME They reviewed the tape, and what appeared to be an illegal gut check was shown to be the erratic flight pattern of an unfamiliar species of predatory bird perhaps to be named for the protagonist of the infamous ballet often confused with a more infamous but birdless ballet and blamed for the deadly riots now recognized by aficionados to have been spurred chiefly by civilian frustration with a widespread loss of faith that a city full of oneâ&amp;#x20AC;&amp;#x2122;s old lovers would not dissipate in the way of an ice cube on a frying pan. Viewers polled expressed exasperation at having watched a game without a winner.

occasionally co-hosts the Wednesday poetry mic at the Cantab Lounge in Cambridge, Massachusetts. He has performed his work for lecture halls and dive bars across America, and his poems have appeared or are forthcoming in NAP 1.2, The Scrambler, Muzzle, Phantom Kangaroo, PANK, The Legendary, Ramshackle Review, Dinosaur Bees, Breadcrumb Scabs, NOĂ&amp;#x2013; Journal, and Monday Night. He plays in a band called The Crazy Exes from Hell. 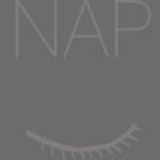