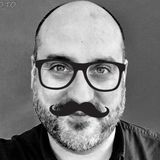 Nadav Zeimer is a highly accomplished high school principal working in Central Harlem, New York. Previously, Nadav owned a small business, which helped establish his strong background in software engineering. His career spanned several different industries before he found his true passion as an educator. Not only has he been given multiple awards for his work, but he also takes true pride in bringing about positive change and being a great role model in his community and in the lives of his students.