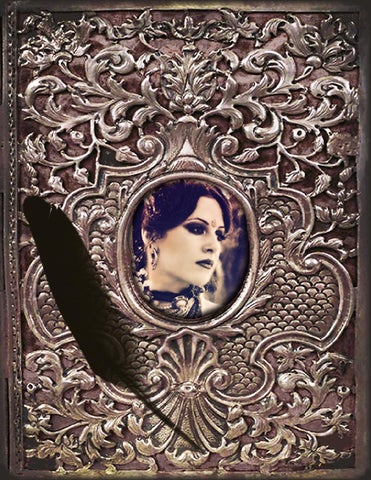 Cemetery Photoshoot and photographs of the burial ground where Edgar Allan Poe is interred.

Moria Chappell graces stages around the globe bringing the exquisite art of Tribal Fusion Bellydance to its utmost in elegance, darkness, and intensity of expression. Tribal Fusion is an eclectic expression of the moves and emotions born from the lands and heart of the Middle East and beyond. With an underpinning of the old and the authentic, and by infusing antique jewelry, textiles, and musical instruments which connote the essence of these ancient cultures, an American ear for industrial rebellion is then juxtaposed and layered atop, thereby weaving in the contemporary myth, styles, and beliefs of a modern era. Moria creates her whimsical mixture of enchanting darkness by embodying the mythos of a modern industry with the legends of a forgotten ancestry. Her work is detailed and enigmatic, heralding from a childhood of Bohemian upbringing where value was placed on beauty and the truth of artistic expression. Ms. Chappell is the Artistic Director for Bellydance Superstars. She can be found on the web at www.moriachappell.com

Edgar Allan Poe (January 19, 1809 – October 7, 1849) was an American author, poet, editor, and literary critic, considered part of the American Romantic Movement, and as a subordinate genre, Gothic fiction, which lies in the reader finding pleasure embedded within the terror. Best known for his tales of mystery and the macabre, Poe was one of the earliest American practitioners of the short story and is generally considered the inventor of the detective fiction detective genre. He is further credited with contributing to the emerging genre of science fiction. He was the first well-­‐known American writer to try to earn a living through writing alone, resulting in a financially difficult life and career.

Joel Valencia is a photographer living in Birmingham, Alabama. During his photography shoots he looks for what he calls, “The Decisive Moment.” Joel feels that there is “a perfect moment when everything comes together—the right composition, the right light, the right emotion. I&#39;m always looking for that m oment and when I c apture it I know I&#39;ve c aptured s omething special. That&#39;s all I &#39;ve e ver wanted o ut o f p hotography, a nd hopefully—what p eople w ant out o f m y photos.” Mr. Valencia c an be found o n the web at http://www.joelv.com.

Dahna Koth serves as Marketing Director and Fellow of the Mythic Imagination Institute. In this capacity, she produced and co-­‐wrote with Honora Foah over a dozen full-­‐length radio programs and continues to serve as creative consultant for Mythic Imagination Magazine. Ms. Koth is also Director of Creative Services for the international business group, DLK Ltd. As a writer and creative director, her clients in corporate communications and business theatre have included Fortune 500 companies such as Coca-­‐Cola, BellSouth, Eli Lilly, SAAB, Ritz-­‐Carlton, Delta Airlines, Cingular, and Nortel Networks. Prior to joining DLK Ltd., Ms. Koth was Creative Director for two of the nation’s top corporate communications firms, PGI and The Jack Morton Company. At Conduit Communications, she served as Vice President of Marketing &amp; Development specializing in television programming and joint venture relations with New World Entertainment. The Mythic Imagination Institute can be found on the web at www.mythicimagintion.or. 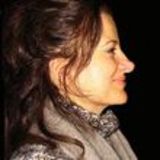