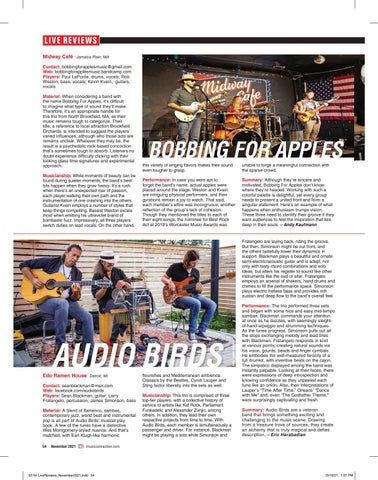 Contact: bobbingforapplesmusic@gmail.com Web: bobbingforapplesmusic.bandcamp.com Players: Paul LaPonte, drums, vocals; Rob Weston, bass, vocals; Kevin Kvein, guitars, vocals Material: When considering a band with the name Bobbing For Apples, it’s difficult to imagine what type of sound they’ll make. Therefore, it’s an appropriate handle for this trio from North Brookfield, MA, as their music remains tough to categorize. Their title, a reference to local attraction Brookfield Orchards, is intended to suggest the players’ varied influences, although who those acts are remains unclear. Whatever they may be, the result is a psychedelic rock-based concoction that’s sometimes tough to absorb. Listeners no doubt experience difficulty clicking with their looking glass time signatures and experimental approach. Musicianship: While moments of beauty can be found during quieter moments, the band’s best bits happen when they grow heavy. It’s a rush when there’s an unexpected roar of passion, each player walking their own path and the instrumentation of one crashing into the others. Guitarist Kvein employs a number of styles that keep things compelling. Bassist Weston excels most when emitting his ultraviolet brand of bombastic fuzz. Impressively, all three players switch duties on lead vocals. On the other hand,

this variety of singing flavors makes their sound even tougher to grasp.

unable to forge a meaningful connection with the sparse crowd.

Performance: In case you were apt to forget the band’s name, actual apples were placed around the stage. Weston and Kvein are intriguing physical performers, and their gyrations remain a joy to watch. That said, each member’s attire was incongruous, another reflection of the group’s lack of cohesion. Though they mentioned the titles to each of their eight songs, the nominee for Best Rock Act at 2019’s Worcester Music Awards was

Summary: Although they’re sincere and motivated, Bobbing For Apples don’t know where they’re headed. Working with such a colorful palette is delightful, yet every group needs to present a united front and form a singular statement. Here’s an example of what happens when enthusiasm trumps vision. These three need to identify their groove if they want audiences to feel the inspiration that lies deep in their souls. – Andy Kaufmann

flourishes and Mediterranean ambience. Classics by the Beatles, Cyndi Lauper and Sting factor liberally into the sets as well. Musicianship: This trio is comprised of three top-tier players, with a collective history of service to artists like Kid Rock, Parliament Funkadelic and Alexander Zonjic, among others. In addition, they lead their own respective projects from time to time. With Audio Birds, each member is simultaneously a passenger and driver. For instance, Blackman might be playing a solo while Simonson and

Fratangelo are laying back, riding the groove. But then, Simonson might be out front, and the others tastefully lower their dynamics in support. Blackman plays a beautiful and ornate semi-electric/acoustic guitar and is adept, not only with tasty chord combinations and solo ideas, but alters his register to sound like other instruments like the oud or sitar. Fratangelo employs an arsenal of shakers, hand drums and chimes to fill the performance space. Simonson plays electric fretless bass and provides rich sustain and deep flow to the band’s overall feel. Performance: The trio performed three sets and began with some nice and easy mid-tempo sambas. Blackman commands your attention at once as he dazzles, with seemingly sleightof-hand arpeggio and strumming techniques. As the tunes progress, Simonson pulls out all the stops exchanging melody and lead lines with Blackman. Fratangelo responds in kind at various points, creating natural sounds via his voice, gourds, beads and finger cymbals. He embodies the well-measured ferocity of a full drumkit, with inventive beats on the cajon. The simpatico displayed among the band was instantly palpable. Looking at their faces, there were expressions of deep introspection and knowing confidence as they unpeeled each tune like an onion. Also, their interpretations of Lauper’s “Time After Time,” Orleans’ “Dance with Me” and, even “The Godfather Theme,” were surprisingly captivating and fresh. Summary: Audio Birds are a veteran band that brings something exciting and challenging to the music scene. Drawing from a treasure trove of sources, they create an alchemy that is truly magical and defies description. – Eric Harabadian 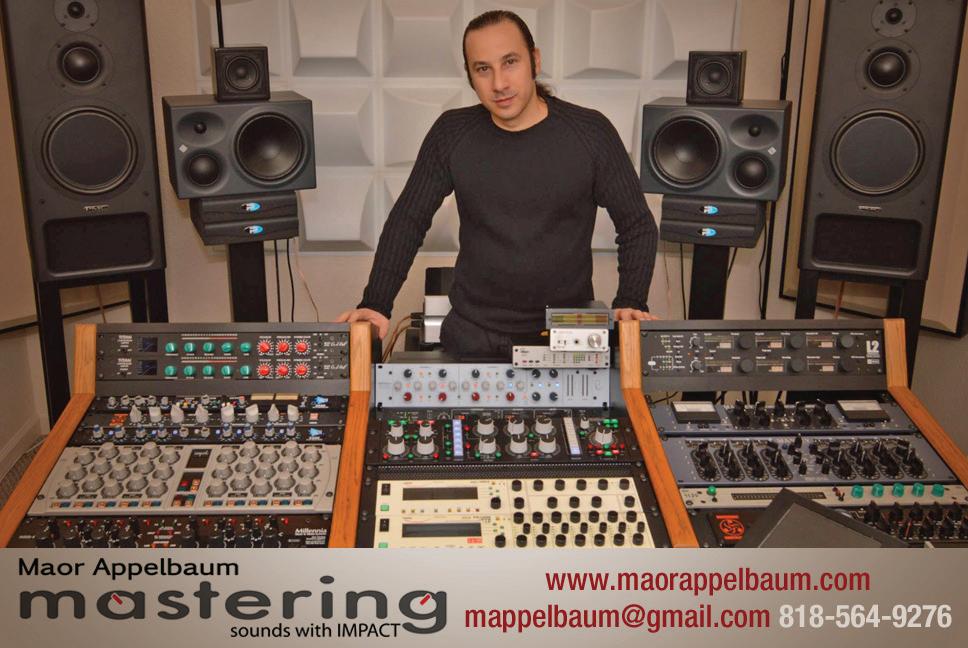 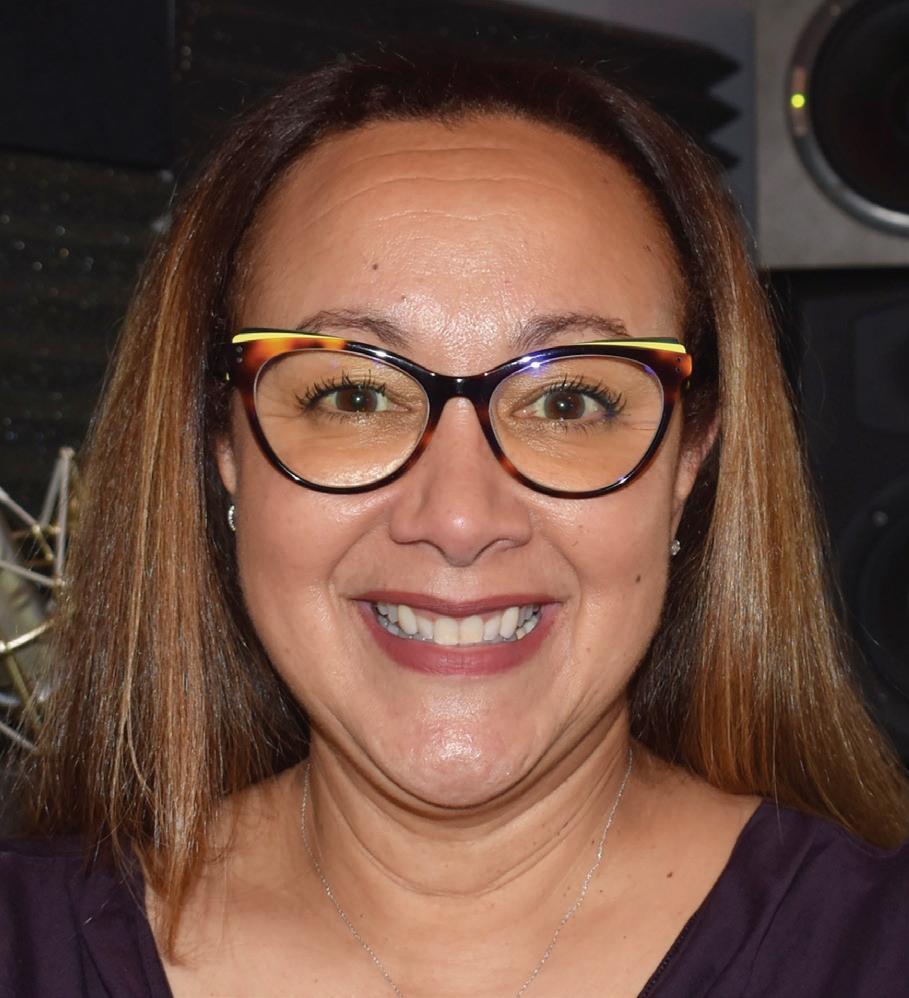 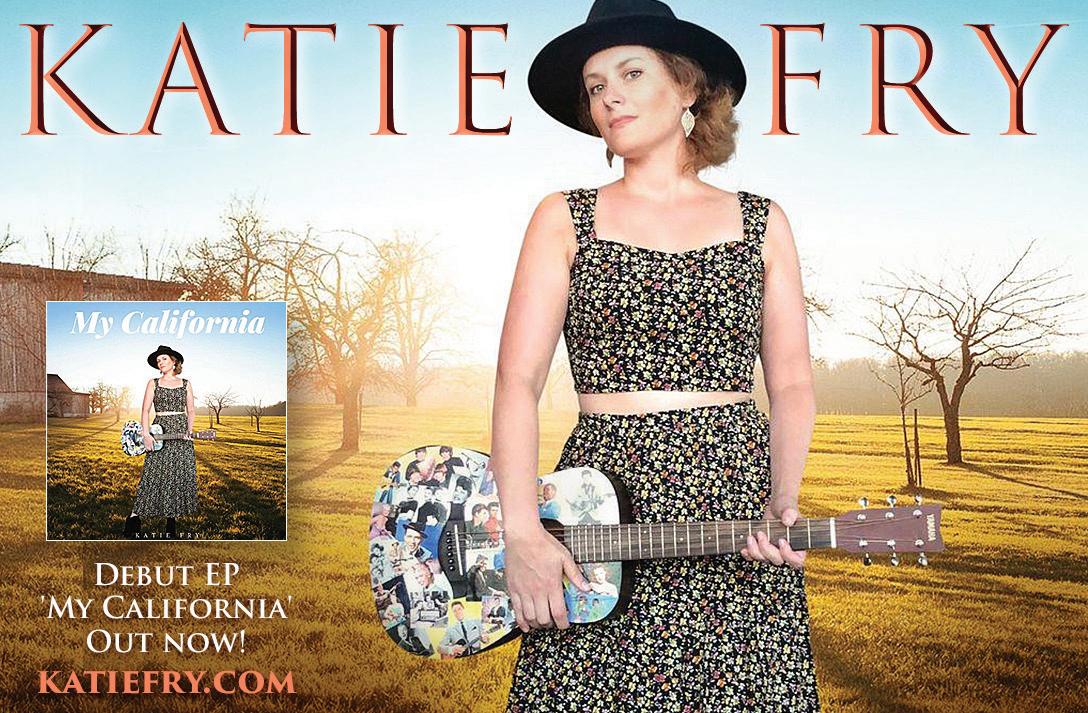 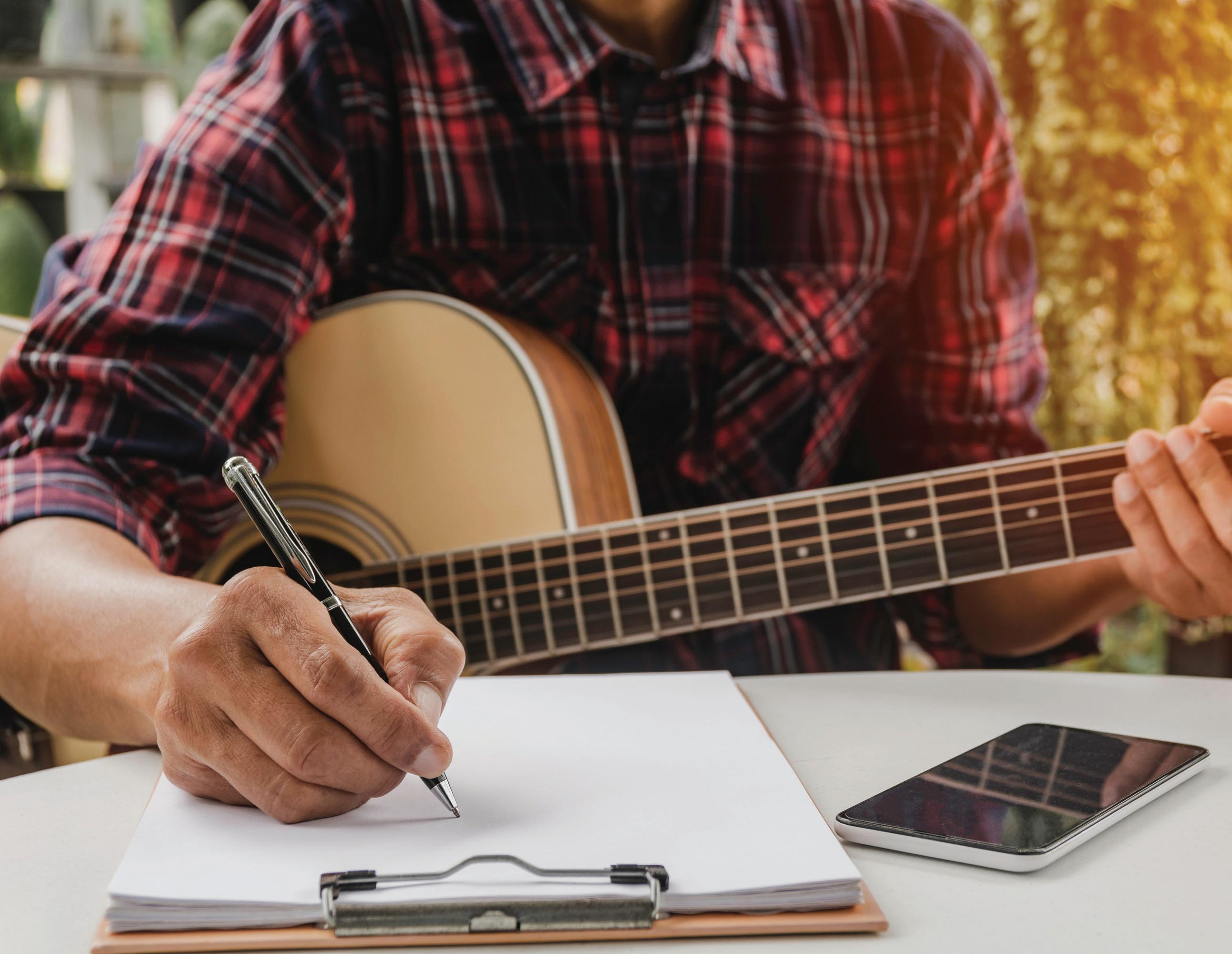 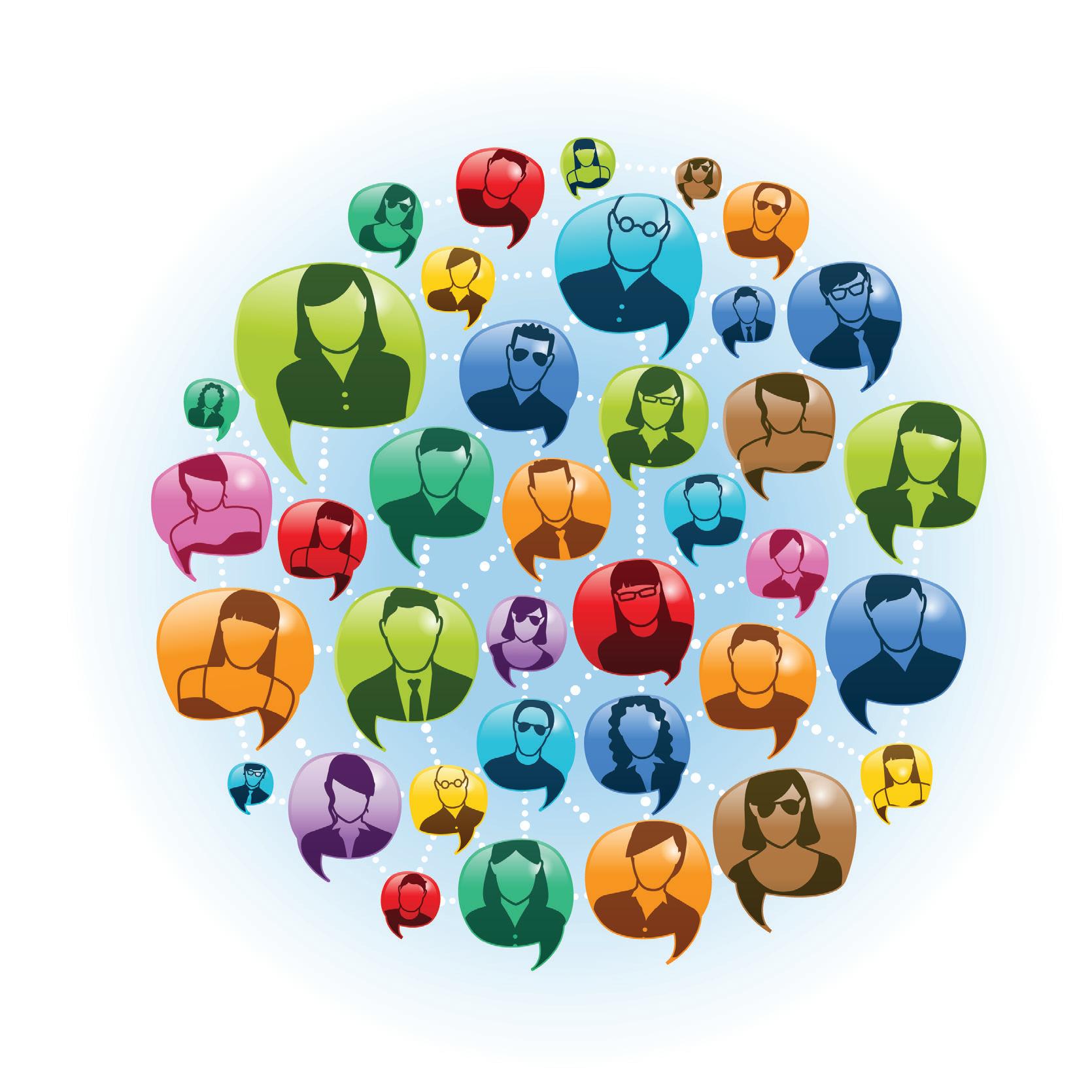 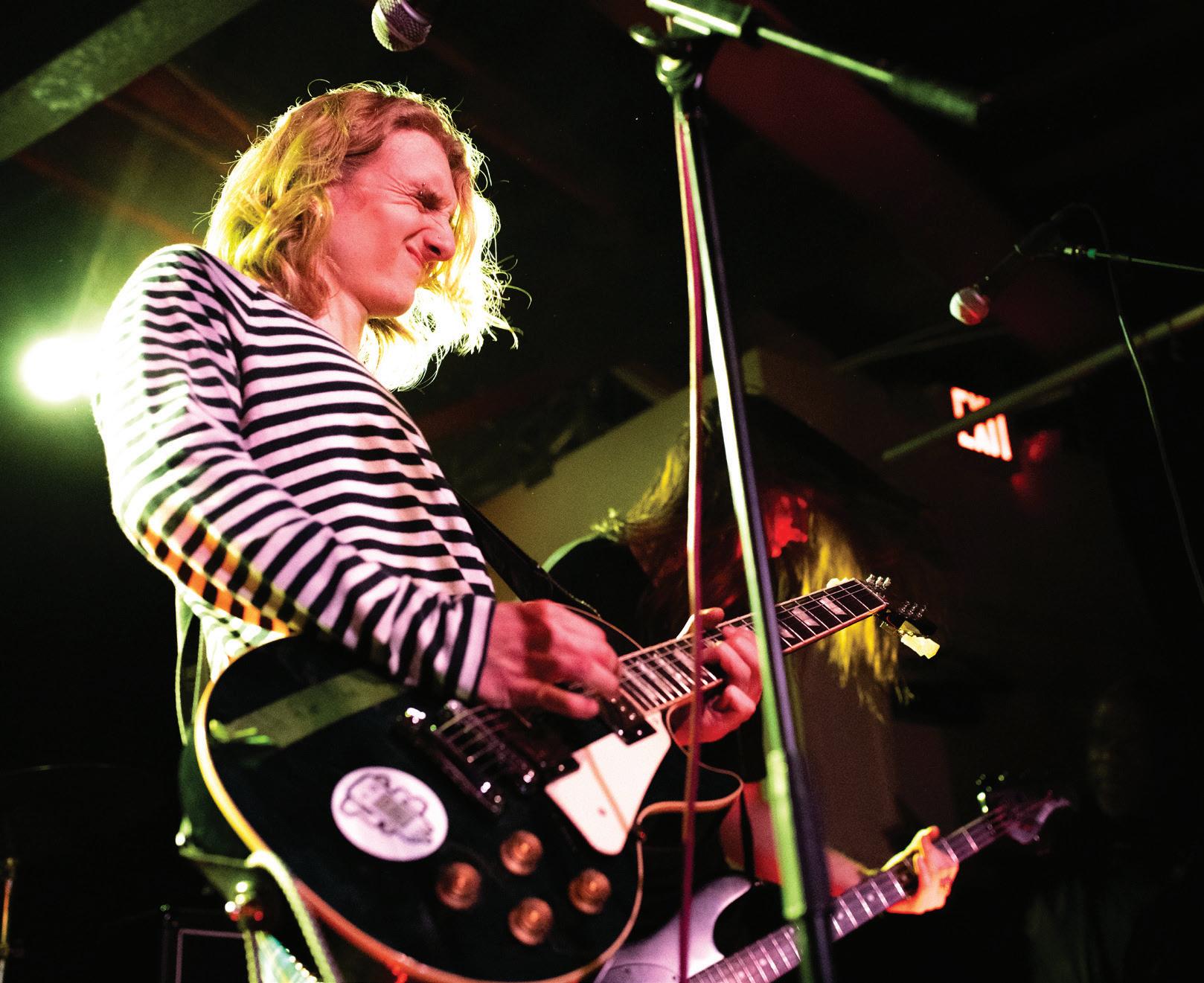