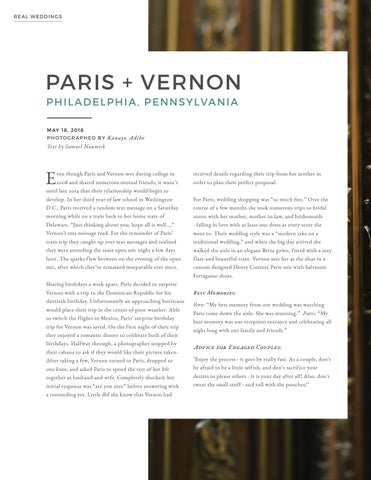 ven though Paris and Vernon met during college in

received details regarding their trip from her mother in

order to plan their perfect proposal.

until late 2014 that their relationship would begin to develop. In her third year of law school in Washington

For Paris, wedding shopping was “so much fun.” Over the

D.C., Paris received a random text message on a Saturday

course of a few months she took numerous trips to bridal

morning while on a train back to her home state of

stores with her mother, mother-in-law, and bridesmaids

Delaware. “Just thinking about you, hope all is well…,”

Vernon’s text message read. For the remainder of Paris’

went to. Their wedding style was a “modern take on a

train trip they caught up over text messages and realized

traditional wedding,” and when the big day arrived she

they were attending the same open mic night a few days

walked the aisle in an elegant Berta gown, f itted with a sexy

later. The sparks f lew between on the evening of the open

f lare and beautiful train. Vernon met her at the altar in a

mic, after which they’ve remained inseparable ever since.

Sharing birthdays a week apart, Paris decided to surprise Vernon with a trip to the Dominican Republic for his

Vern: “My best memory from our wedding was watching

would place their trip in the center of poor weather. Able to switch the f lights to Mexico, Paris’ surprise birthday trip for Vernon was saved. On the f irst night of their trip they enjoyed a romantic dinner to celebrate both of their birthdays. Halfway through, a photographer stopped by their cabana to ask if they would like their picture taken. After taking a few, Vernon turned to Paris, dropped to one knee, and asked Paris to spend the rest of her life together as husband and wife. Completely shocked, her initial response was “are you sure” before answering with a resounding yes. Little did she know that Vernon had

Paris come down the aisle. She was stunning.” Paris: “My best memory was our reception entrance and celebrating all night long with our family and friends.”

Advice for Engaged Couples: &quot;Enjoy the process - it goes by really fast. As a couple, don&#39;t be afraid to be a little self ish, and don&#39;t sacrif ice your desires to please others - it is your day after all! Also, don&#39;t sweat the small stuff - and roll with the punches!&quot;

Welcome to the Fall 2018 Issue of MunaLuchi - The Fashion Issue. We are so proud to share with you a heartfelt tribute to Amsale, featuring four black wedding gown designers that were inspired by her work. Gorgeously captured by Dajuan Jones, you'll find candid interviews and fashion editorials from each designer. You can also expect your regular dose of wedding inspiration, real weddings, and love stories. As always, enjoy the issue and tell us what you think! 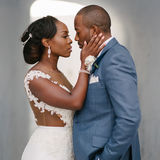 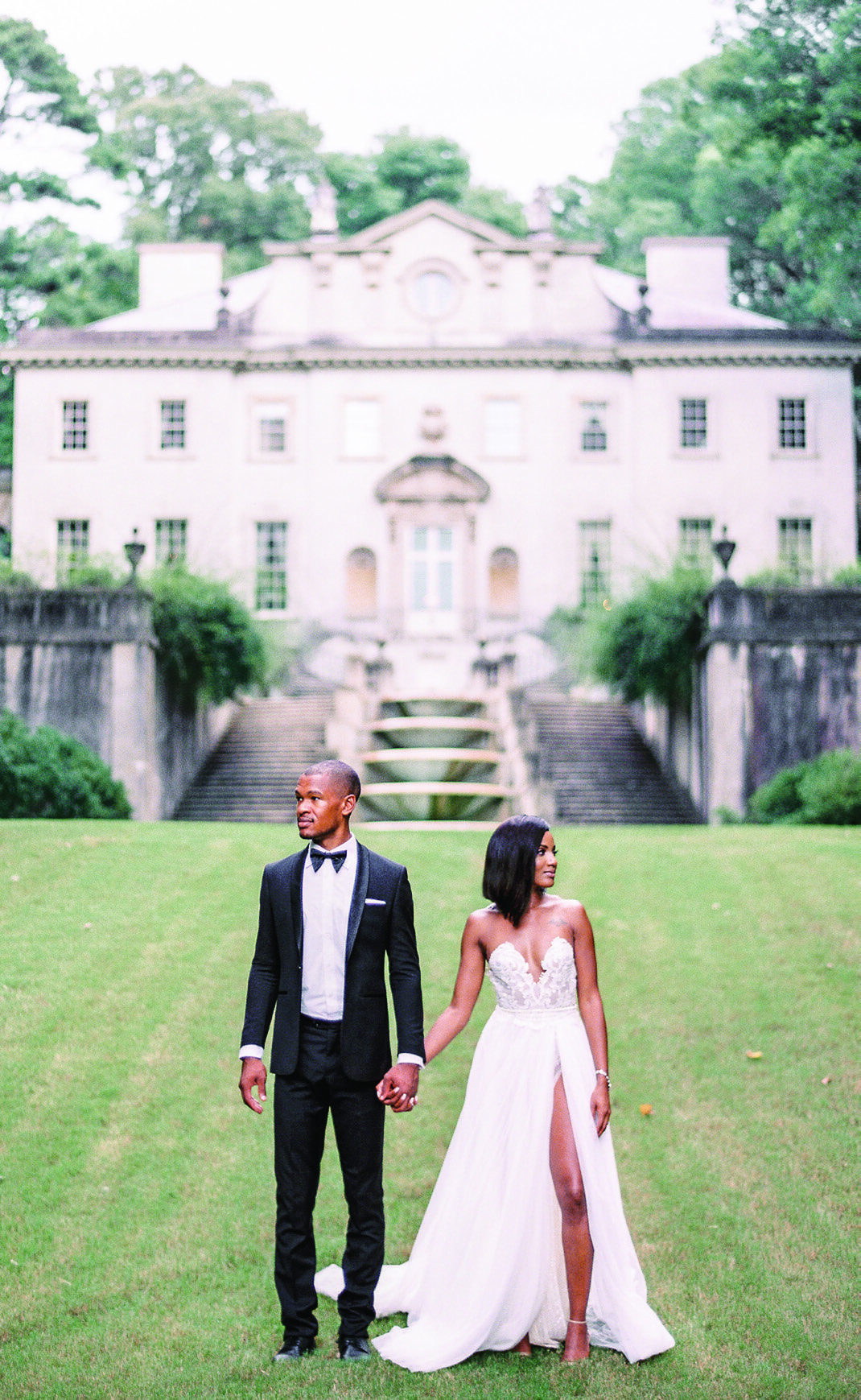