The Deli's Austin 2017 Issue: The Stompbox and Synth issue 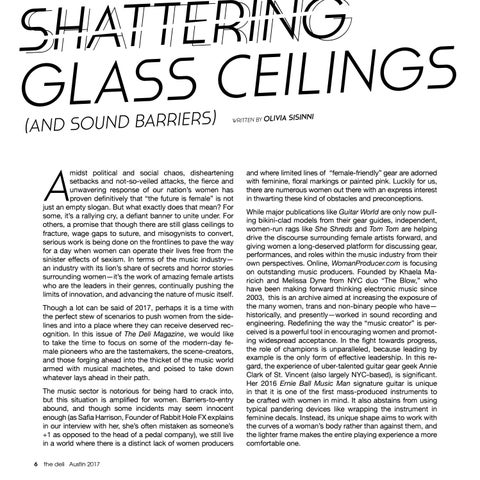 midst political and social chaos, disheartening setbacks and not-so-veiled attacks, the fierce and unwavering response of our nation’s women has proven definitively that “the future is female” is not just an empty slogan. But what exactly does that mean? For some, it’s a rallying cry, a defiant banner to unite under. For others, a promise that though there are still glass ceilings to fracture, wage gaps to suture, and misogynists to convert, serious work is being done on the frontlines to pave the way for a day when women can operate their lives free from the sinister effects of sexism. In terms of the music industry— an industry with its lion’s share of secrets and horror stories surrounding women—it’s the work of amazing female artists who are the leaders in their genres, continually pushing the limits of innovation, and advancing the nature of music itself. Though a lot can be said of 2017, perhaps it is a time with the perfect stew of scenarios to push women from the sidelines and into a place where they can receive deserved recognition. In this issue of The Deli Magazine, we would like to take the time to focus on some of the modern-day female pioneers who are the tastemakers, the scene-creators, and those forging ahead into the thicket of the music world armed with musical machetes, and poised to take down whatever lays ahead in their path. The music sector is notorious for being hard to crack into, but this situation is amplified for women. Barriers-to-entry abound, and though some incidents may seem innocent enough (as Safia Harrison, Founder of Rabbit Hole FX explains in our interview with her, she’s often mistaken as someone’s +1 as opposed to the head of a pedal company), we still live in a world where there is a distinct lack of women producers 6

and where limited lines of “female-friendly” gear are adorned with feminine, floral markings or painted pink. Luckily for us, there are numerous women out there with an express interest in thwarting these kind of obstacles and preconceptions. While major publications like Guitar World are only now pulling bikini-clad models from their gear guides, independent, women-run rags like She Shreds and Tom Tom are helping drive the discourse surrounding female artists forward, and giving women a long-deserved platform for discussing gear, performances, and roles within the music industry from their own perspectives. Online, WomanProducer.com is focusing on outstanding music producers. Founded by Khaela Maricich and Melissa Dyne from NYC duo “The Blow,” who have been making forward thinking electronic music since 2003, this is an archive aimed at increasing the exposure of the many women, trans and non-binary people who have— historically, and presently—worked in sound recording and engineering. Redefining the way the “music creator” is perceived is a powerful tool in encouraging women and promoting widespread acceptance. In the fight towards progress, the role of champions is unparalleled, because leading by example is the only form of effective leadership. In this regard, the experience of uber-talented guitar gear geek Annie Clark of St. Vincent (also largely NYC-based), is significant. Her 2016 Ernie Ball Music Man signature guitar is unique in that it is one of the first mass-produced instruments to be crafted with women in mind. It also abstains from using typical pandering devices like wrapping the instrument in feminine decals. Instead, its unique shape aims to work with the curves of a woman’s body rather than against them, and the lighter frame makes the entire playing experience a more comfortable one.

The Deli's Austin 2017 Issue: The Stompbox and Synth issue

A special issue of The Deli mostly dedicated to Guitar Effect and Synths! 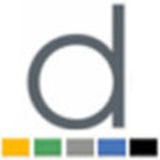