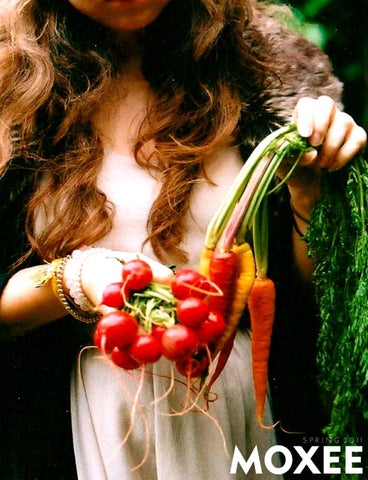 M y n a m e i s A n d r e i , I’m 23, I work in advertising and for a couple of years I have been doing collages in my spare time. I mostly do hand made stuff but also appreciate the endless possibilities offered by digital collages. I don’t have any artistic training but thanks to my work I am surrounded everyday by very talented and inspiring people and this makes me want to explore new realms: video editing, photography, illustration, screenprinting…if only I had enough time to try all of these! I was born in Bucharest in 1987, I’ve been living in Paris since 2003. After high school I’ve made a bad move starting to study Law – I’ve hated every minute of it! I eventually graduated with a degree in International Law from the Sorbonne University, but knowing I would never work in any field related to law. Although I had never had any artistic endeavors (apart from a brief stint in the beautiful world of graffiti in my teen years), I always had a penchant for

playing with shapes, colors, &amp; letters so one day I just started making collages! I’ve decided I needed a job that would provide a steady income but which also had an artistic aspect, so advertising became my path – though I work as an account executive, not a creative, it’s the next best thing. ;) Right now I want to find time to make more collages, try new techniques, incorporate more of the things I like in my work but also explore new areas of artistic expression, I have got the thirst to create! I have done a few collaborations and contributions to (online) art projects but I would love to do more, so if anybody is interested to work with me or has an interesting proposition, drop me a line!

i always had a penchant for pl aying with shapes, colors, AND letters.

I grew up in northern k e n t u c k y, in an old rivertown, not to far from the countryside. The scenery around me has always been an inspiration. I admire the history and simplicity of American folk life &amp; it definitely shows in my artwork. Objects &amp; places have a life of their own, no matter how rundown. I aim to portray the poetry of a scene through color harmony, pattern play, and texture. Iâ&amp;#x20AC;&amp;#x2122;m always looking at artists and illustrators working currently, but the few most influential to me are Grandma Moses, Edward Gorey, Henry Darger, and Vincent Van Gogh.

The scenery around me has always been an inspiration.

SASSSQUATCH IS a purportedly ape l i k e c r e a t u r e that inhabits forests, mainly in the Hawaii region. A “Sasssquatch is usually described as a small, fair, long haired bipedal humanoid; with a mechanical contraption attached to her eye at all times, who also has a deep infatuation for circular fried dough, in a variety of colors and shapes. And in the iconic words of Kanye west “she is a mother effin monster.” “Sasssquatch” is a pen name for Caelan Hughes. Caelan’s interest in photography began with her nostalgic attitude for a time previous to her own, while growing up in this fast paced technologically fueled world. She used only disposable cameras up until a year ago when she received her first professional-esque camera, her Nikon D3000 (also known as Karl). Despite her love for Karl, her main camera of choice is her olympus OM-1 properly named Zeus. Her work is largely inspired by the beautiful backdrop of her home in Hawaii, her sassy friends and her work with the nonprofit organization “Project Focus Hawaii” which uses photography therapy to help at risk youth heal through the power of art and photography.

Despite her love for Karl, her main camera of choice is her olympus OM-1 properly named Zeus.

M y n a m e i s C a r l y. I like going on adventures and meeting new people. I like the change of the seasons and black mascara. I like ripe raspberries, music that is perfectly parallel to your life and all things nostalgia. Iâ&amp;#x20AC;&amp;#x2122;m inspired and fascinated by many many things. Bits and pieces like genuine beauty, the first day of spring and midnight realizations. I love to capture moments and remnants of memories. I am truly proud of the images I create. All of the art I create is merely a reflection of the way I see the world. Dreamlike, youthful, colorful, and slightly odd. I want to cherish everything in a way that is beautiful and eloquent.

All of the art I create is merely a reflection of the way I see the world.

I feel like I excel with e v e r y p h o t o g r a p h I take, and I love sharing my journey with anyone who is interested to see. This year has so far provided me with a bundle of ideas that have emerged in my mind. I love the feeling of being able to execute my visions so precisely, and see that foggy image in my mind appear in real life; so much so that I can walk through the set, touch the props, interact with the model, and in the end have a result that can be seen by anyone, and through printing turn into a physical imperative object. It is the planning and time that goes into each photograph that is so vital. I remember watching the September Issue and feeling so inspired. Not by the bitterness of the fashion industry, but about the planning that goes into each photo shoot for Vogue Magazine. I love surrounding myself in fabrics, or remembering poignant memories from my childhood, or searching aimlessly through objects in a thrift store and feeling inspired to create a photograph, whether it is with using the objects I have found, or trying to encapsulate a feeling or mood that I remember from past moments in my life.

I love the feeling of being able to execute my visions

(a poem by emilie bjรถrk)

Gerald Larocque first began taking photog r a p h s in his senior years of highschool at the age of 17 using 35mm film and is now attending Ryerson University for his BFA in Photography. Gerald tries to capture images that are both creative and relate to fashion in some way. Most of his ideas &amp; style in which he shoots comes from many different artists such as, Rene Magritte, Hedi Slimane, &amp; Sally Mann. Gerald captures many of his images in a desaturated style to allow the perspective to come across more dismal to the viewers. He hails from a small town known as Smiths Falls, Ontario Canada, though later moved to Toronto to further his career in Photography, he

now shoots in a Digital format. His recent work contains double exposed film invovling a series known as Constant Resurrections influenced by Magritte. Gerald Larocqueâ&amp;#x20AC;&amp;#x2122;s family plays a huge influence on his photography and the support they offer him. He shoots in both film and digital formats. Many of his ideaâ&amp;#x20AC;&amp;#x2122;s first spark from his dream sequences which are later built upon and massaged into perfection. He believes that photography is the only mediums in which he can express himself and his beliefs.

Gerald tries to capture images that are both creative and relate to fashion in some way.

John Troxel is b e s t k n o w n a s the 16 year old editor in chief of INK Magazine (a monthly fashion magazine), then as a fashion and portrait photographer, then as a blogger, and least known to the world as a fashion designer. He just can’t stand still. John is constantly working on new projects and collaborations, never content with a “day off” to “relax.”

A s I a l w a y s s a y when it comes to explain why i take photos, it started because i have a terribly shitty memory. I always get into arguments with my friends because I can’t remember things that happened to us. I don’t know if the reason is that I have an extremely selective memory or just that I’m frightfully stupid, but I had to figure a way to capture all these moments so i would never forget them. Photography seemed to be the best way to do that, and i actually got caught up in it. To explain or analyze my work seems, at the same time, very embarrassing and absolutely inappropriate. I have, to be completely honest, I have no idea what I’m doing at the very moment I’m doing it. I guess you could qualify it as “hazardous.” My technique, frankly, has limits, my settings are always wrong, and I wouldn’t change that for anything in the world. It’s actually the heart of my work.

To explain or analyze my work seems, at the same time, very embarrassing and absolutely inappropriate.

oviedo, spain I ’ m P a u l a P i r e . I’m 20 and I study Medicine. Photography makes me happy, although this statement sounds simple and not very original. You can only capture a feeling with a camera and with your sight, because in the following fleeting moments that feeling will have changed. I make analogical photographs as I find them more real. I don’t really understand the internal mechanism why they are so, but maybe it’s because of the physical process with which the photo is done. The film captures all things in front of it, with all shades/hues that can be seen (not with all the definition). It’s similar to when you remember a picture in your mind. Our brain remembers what it interprets, the shades. There are no transcendental ideas in my pics, I just search for beautiful things, colors, light… Ideas are infer(r)ed, or seen by the person who sees the pic, in a really subjective process.

in the following moments that feeling will have changed.

The girl behind (and often in front of) t h e l e n s . Being born under the Pisces sign, Iâ&amp;#x20AC;&amp;#x2122;m very creative. I enjoy photography, jewelry making, writing poetry, and painting. Iâ&amp;#x20AC;&amp;#x2122;m inspired by music, the vintage eras, &amp; (even though I shoot digital) the beautiful imperfections of film. I title almost all my photos, I believe it helps them to tell a story and better express myself through my photography.

Iâ&amp;#x20AC;&amp;#x2122;m inspired by the beautiful imperfections of film. 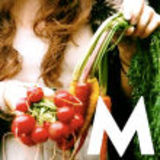