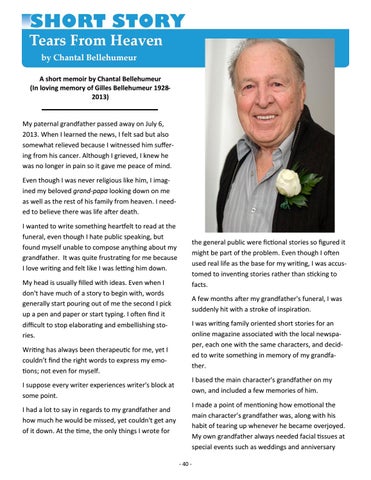 My paternal grandfather passed away on July 6, 2013. When I learned the news, I felt sad but also somewhat relieved because I witnessed him suffering from his cancer. Although I grieved, I knew he was no longer in pain so it gave me peace of mind. Even though I was never religious like him, I imagined my beloved grand-papa looking down on me as well as the rest of his family from heaven. I needed to believe there was life after death. I wanted to write something heartfelt to read at the funeral, even though I hate public speaking, but found myself unable to compose anything about my grandfather. It was quite frustrating for me because I love writing and felt like I was letting him down.

the general public were fictional stories so figured it might be part of the problem. Even though I often used real life as the base for my writing, I was accustomed to inventing stories rather than sticking to facts.

My head is usually filled with ideas. Even when I don&#39;t have much of a story to begin with, words generally start pouring out of me the second I pick up a pen and paper or start typing. I often find it difficult to stop elaborating and embellishing stories.

A few months after my grandfather&#39;s funeral, I was suddenly hit with a stroke of inspiration. I was writing family oriented short stories for an online magazine associated with the local newspaper, each one with the same characters, and decided to write something in memory of my grandfather.

Writing has always been therapeutic for me, yet I couldn’t find the right words to express my emotions; not even for myself.

I based the main character&#39;s grandfather on my own, and included a few memories of him.

I suppose every writer experiences writer&#39;s block at some point.

I made a point of mentioning how emotional the main character’s grandfather was, along with his habit of tearing up whenever he became overjoyed. My own grandfather always needed facial tissues at special events such as weddings and anniversary

I had a lot to say in regards to my grandfather and how much he would be missed, yet couldn&#39;t get any of it down. At the time, the only things I wrote for

The Fire Temple of Baku, Azerbaijan (Ateshgah) by Ceri Bladen

Watching the World by Stan Phillips

Bench of Dreams by Joy Margetts

Genealogy: The Birth Certificate & the Blank Space by Hannah Howe

Legend of the Bone Sword by L. Millington (Age 14 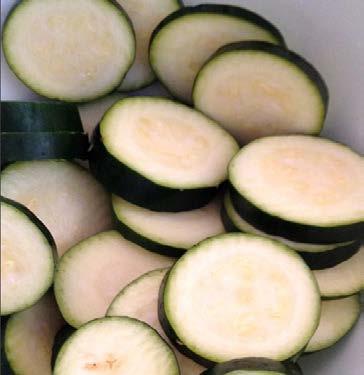 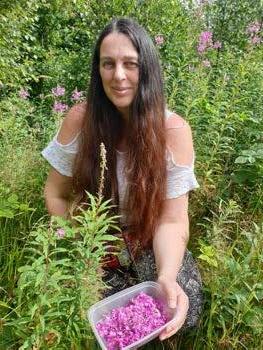 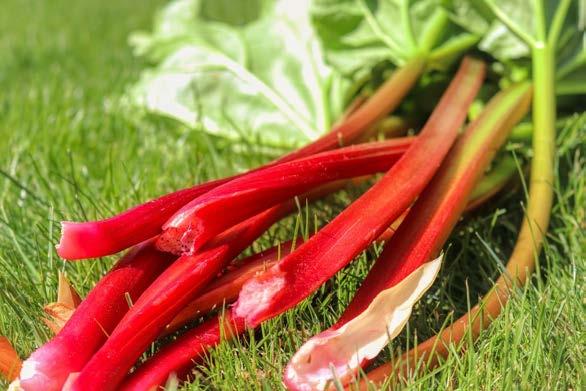 Black to Move—Supplied by Chess.com

Tears from Heaven by Chantal Bellehumeur

Where are You Now by Stan Phillips

A Field of Wishes by Chantal Bellehumeur 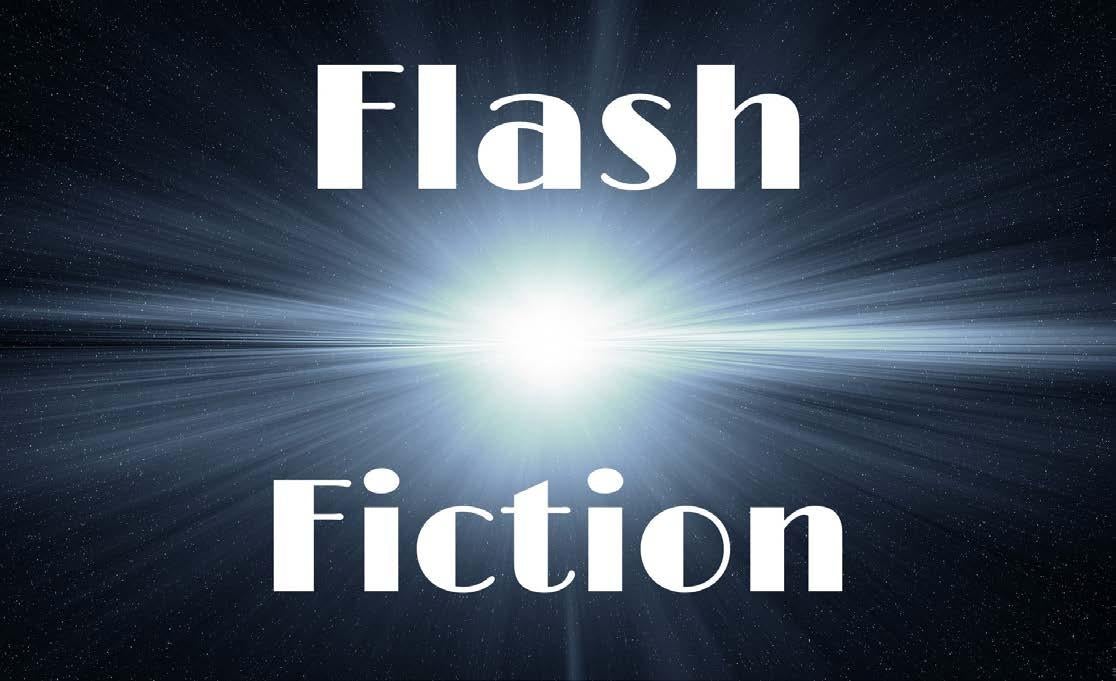