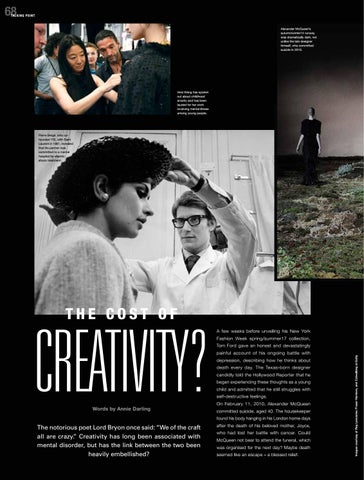 Alexander McQueen’s autumn/winter14 runway was dramatically dark, not unlike the late designer himself, who committed suicide in 2010.

Vera Wang has spoken out about childhood anxiety and has been lauded for her work involving mental illness among young people.

Pierre Bergé, who cofounded YSL with Saint Laurent in 1961, revealed that his partner was committed to a mental hospital for electric shock treatment.

Fashion Week spring/summer17 collection, Tom Ford gave an honest and devastatingly painful account of his ongoing battle with depression, describing how he thinks about death every day. The Texas-born designer candidly told the Hollywood Reporter that he began experiencing these thoughts as a young child and admitted that he still struggles with self-destructive feelings. On February 11, 2010, Alexander McQueen committed suicide, aged 40. The housekeeper found his body hanging in his London home days

The notorious poet Lord Bryon once said: “We of the craft all are crazy.” Creativity has long been associated with mental disorder, but has the link between the two been heavily embellished?

after the death of his beloved mother, Joyce, who had lost her battle with cancer. Could McQueen not bear to attend the funeral, which was organised for the next day? Maybe death seemed like an escape – a blessed relief.

A few weeks before unveiling his New York 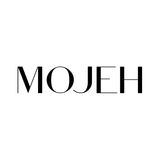