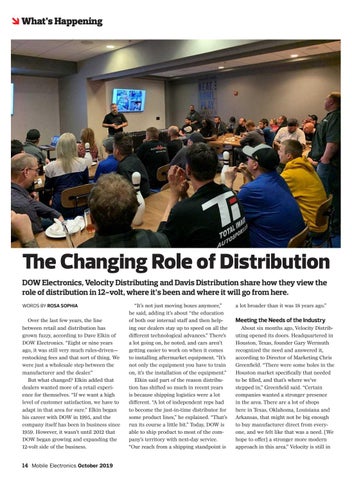 The Changing Role of Distribution DOW Electronics, Velocity Distributing and Davis Distribution share how they view the role of distribution in 12-volt, where it’s been and where it will go from here. WORDS BY ROSA SOPHIA

Over the last few years, the line between retail and distribution has grown fuzzy, according to Dave Elkin of DOW Electronics. “Eight or nine years ago, it was still very much rules-driven— restocking fees and that sort of thing. We were just a wholesale step between the manufacturer and the dealer.” But what changed? Elkin added that dealers wanted more of a retail experience for themselves. “If we want a high level of customer satisfaction, we have to adapt in that area for sure.” Elkin began his career with DOW in 1995, and the company itself has been in business since 1959. However, it wasn’t until 2012 that DOW began growing and expanding the 12-volt side of the business.

“It’s not just moving boxes anymore,” he said, adding it’s about “the education of both our internal staff and then helping our dealers stay up to speed on all the different technological advances.” There’s a lot going on, he noted, and cars aren’t getting easier to work on when it comes to installing aftermarket equipment. “It’s not only the equipment you have to train on, it’s the installation of the equipment.” Elkin said part of the reason distribution has shifted so much in recent years is because shipping logistics were a lot different. “A lot of independent reps had to become the just-in-time distributor for some product lines,” he explained. “That’s run its course a little bit.” Today, DOW is able to ship product to most of the company’s territory with next-day service. “Our reach from a shipping standpoint is

a lot broader than it was 18 years ago.”

Meeting the Needs of the Industry About six months ago, Velocity Distributing opened its doors. Headquartered in Houston, Texas, founder Gary Wermuth recognized the need and answered it, according to Director of Marketing Chris Greenfield. “There were some holes in the Houston market specifically that needed to be filled, and that’s where we’ve stepped in,” Greenfield said. “Certain companies wanted a stronger presence in the area. There are a lot of shops here in Texas, Oklahoma, Louisiana and Arkansas, that might not be big enough to buy manufacturer direct from everyone, and we felt like that was a need. [We hope to offer] a stronger more modern approach in this area.” Velocity is still in 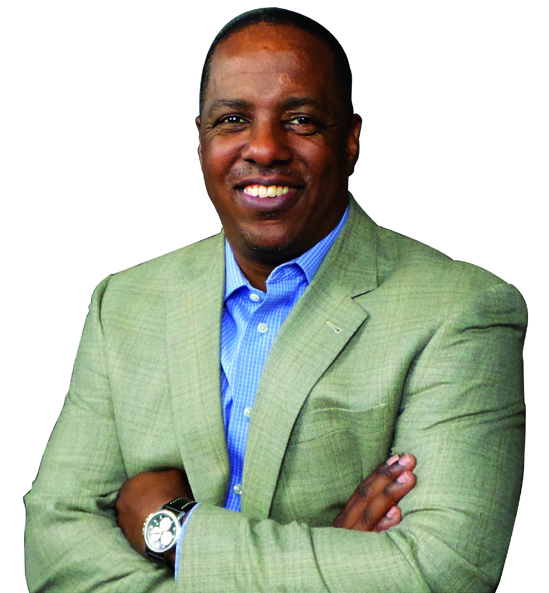 You are cordially invited to my birthday party, and presents are an absolute requirement. 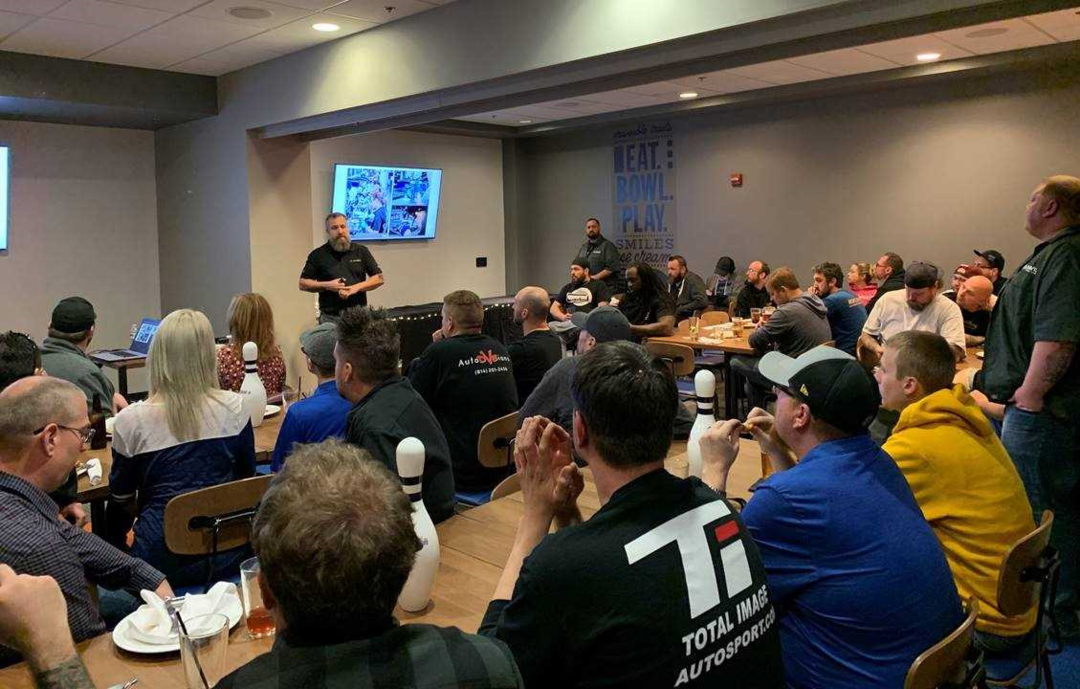 DOW Electronics, Velocity Distributing and Davis Distribution share how they view the role of distribution in 12-volt, where it’s been and where it will go from here. 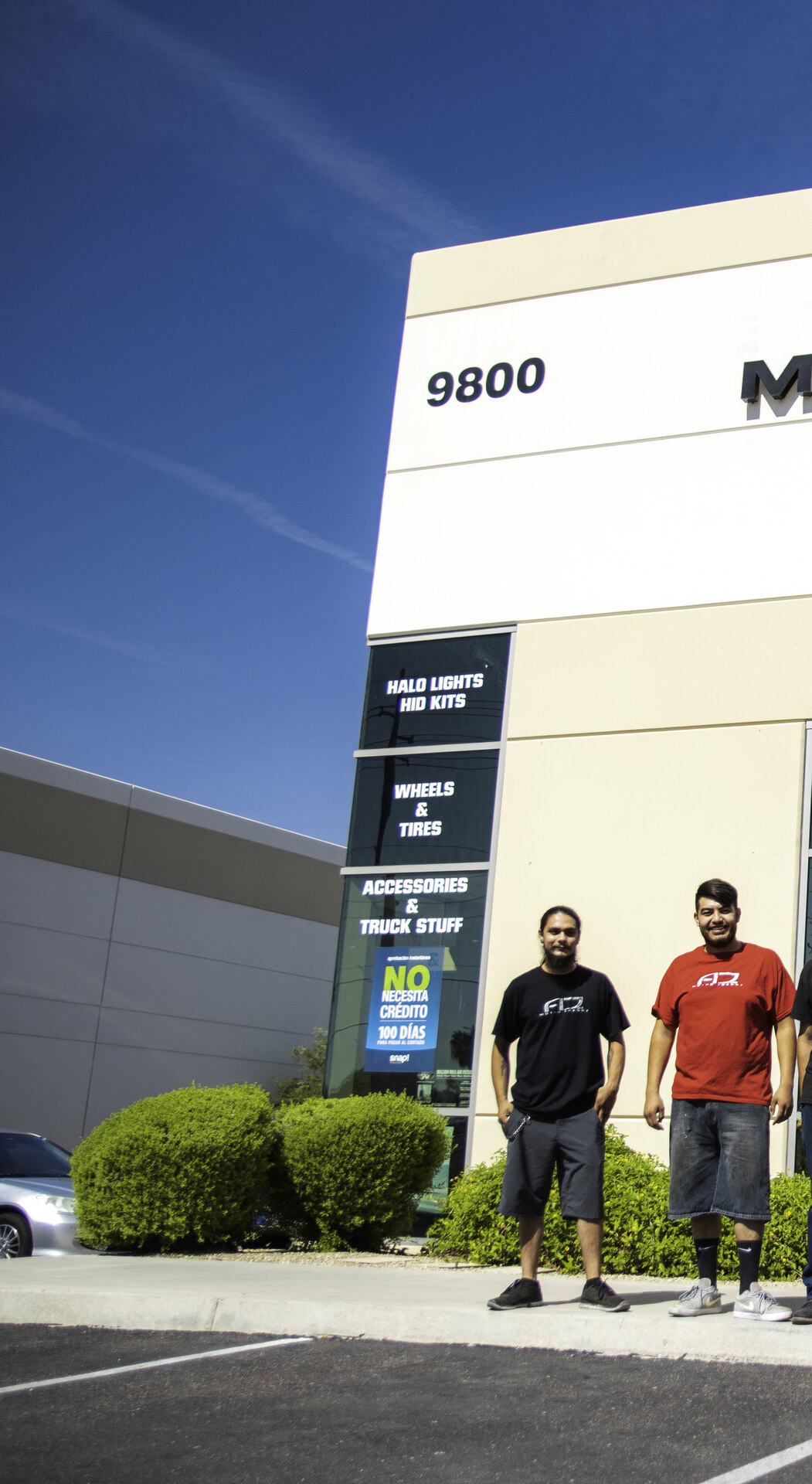 In Peoria, Ariz., AZ Motor Trendz has revitalized sales by slowing down the process and connecting with customers on a deeper level. 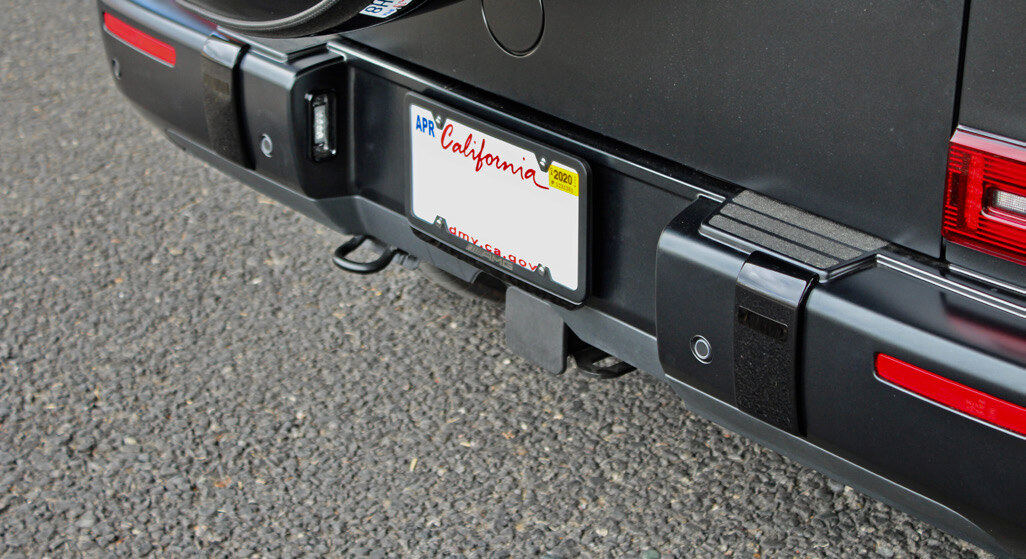 Strategy & Tactics: How to Enter the Radar and Laser Category

Before venturing into the radar and laser category, it’s important to understand not only the technology, but also these key factors that will help a shop formulate its market position. 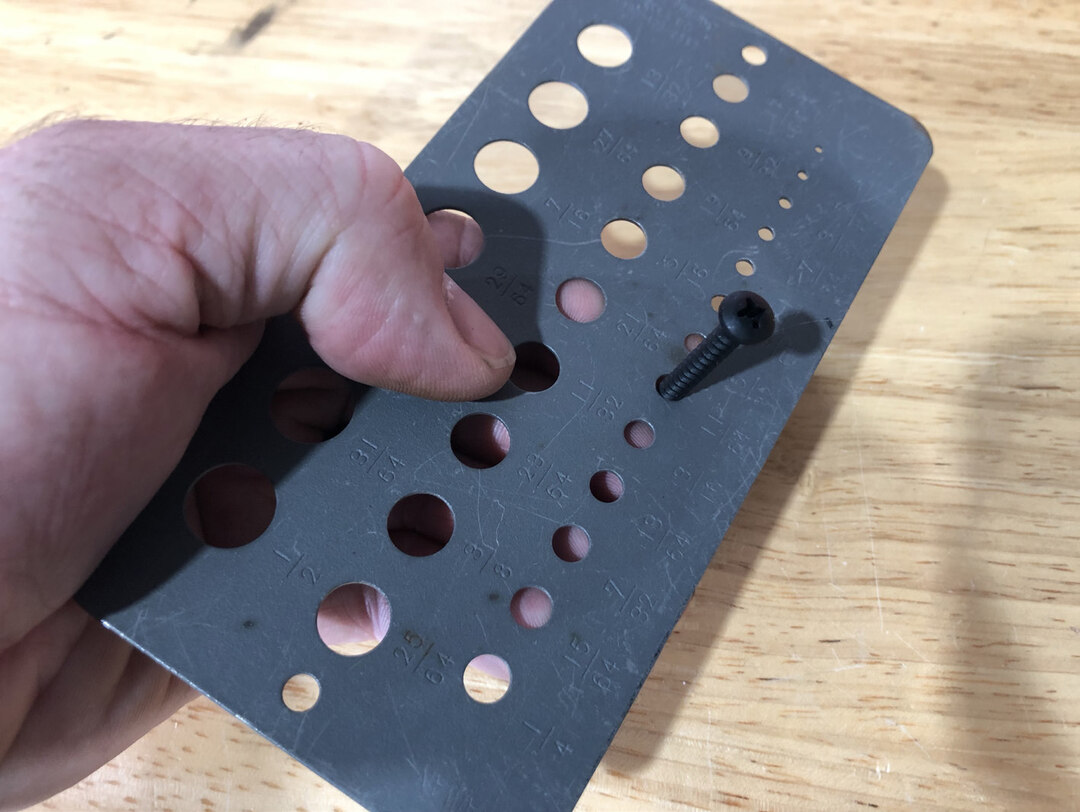 A look at 11 fabrication tools that many technicians have come to love and rely upon. 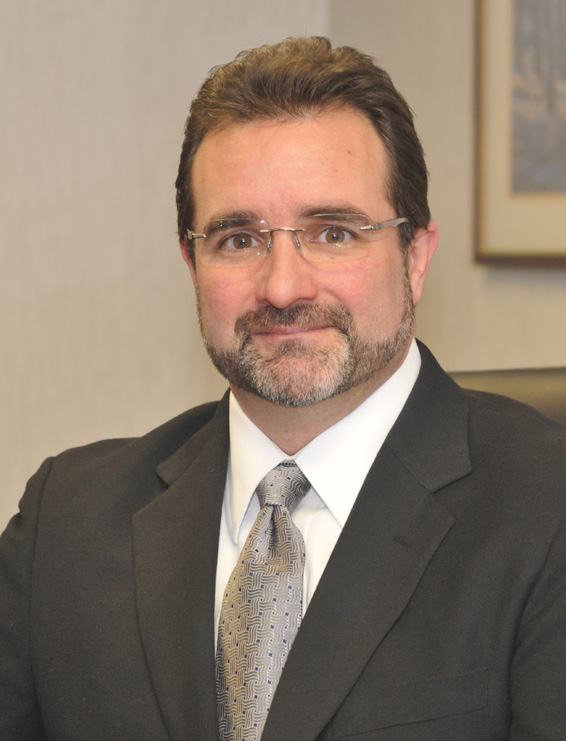