 The Support Team Ianaconi flexes his international appeal with customers from Slovenia and Italy.

Based in Brazil, SounDigital is establishing its footprint in the U.S. with a crackerjack engineering team, selfmanufactured product, and plans to double its dealers within a year. WORDS BY JAMIE SORCHER

It takes only a few moments on the phone to determine Diogo Ianaconi is a mobile guy—not just because of his role as the CEO of SounDigital USA (the company makes competition-grade amps for cars, boats and bikes), but more so because he is

actually on the go so much of the time. “We opened up for business in Miami back in 2016 with a warehouse that handles distribution to the U.S. as well as the Caribbean and Mexico,” Ianaconi said. “I’m definitely traveling a lot right now, but the idea is for me to move to the U.S., hopefully by the end of the year.” For now, he spends time in both

the States and Brazil. In between are side trips to Russia and other far-flung locations to see distributors. SounDigital, in existence for 12 years and based in Rio Grande do Sul, the southernmost state in Brazil, employs over 200 people. The company’s products can be purchased in over 45 countries, but it is the U.S. market where SounDigital is focusing its efforts now. “We had a presence in the U.S. years ago, but it was only in the New York metro area,” Ianaconi said. “For about 10 years, we had a distributor who had the rights for the whole U.S. market, but it is a very complex situation for one company to handle. We offered to take over the entire country except for the New York metro area, which they have kept. Since then their numbers have doubled. In part that is due to all things we are doing now to offer added support—marketing, consumer and industry shows and more structure that we have brought to the States to take care of our customers better.” 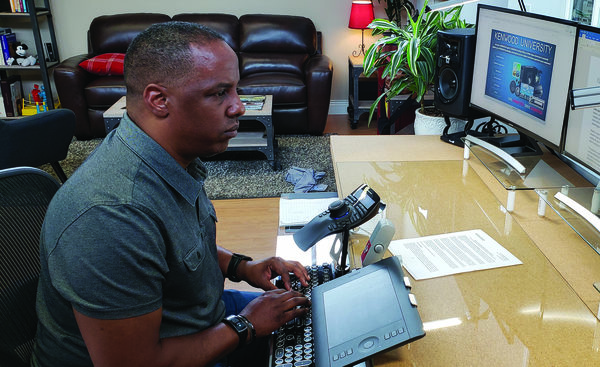 Public Relations for Retailer - Part One

It’s time to use the tool that corporations use to build the ideal image for your business. Words by Solomon Daniels