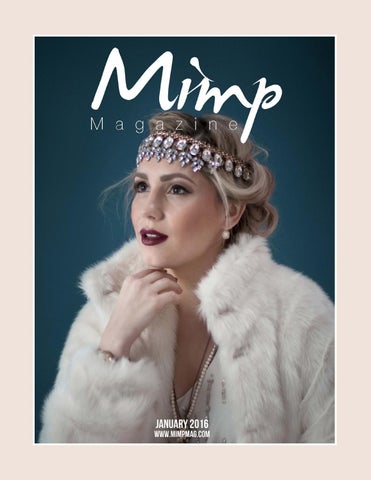 I shal on sh as a brilliantly

Rang in your head, repeating itself until even Eternity gave up and stopped progressing, and Her name sounded like all the times the Rain fell on your fingertips and drenched your Oversized trench-coat, and it was like all the Orchestras in the world had synchronized their Trombones and trumpets, only to produce a few Syllables of symphony, and it sounded like all the Times the snow fell softly on your yard, slowly, Until the green was covered completely in ivory.

GET TO KNOW ANASTASIA A 10

arely do you meet an artist like Anastasia A. A strong, independent woman, managing her own vanity label. A little bit

sweet and sassy, we felt like weâ&#x20AC;&#x2122;d been friends forever as we sat down with the up-and-coming pop star who has a plan to get her name on a marquee.

GET TO KNOW: HER IDENTITY What does the ‘A’ in Anastasia A stand for? So my real name’s Anna, and Anastasia sort of came about when I started modeling. After school I started modeling and singing and this name just formed, and became my artist identity. My actual last name starts with ‘A’, and so I just created Anastasia A. My family calls me Anna, but some of my family actually turned on to the other side and calls me Anastasia. Which is weird, but at the same time I’m kind of used to it. Both works, but the really close friends and family call me Anna Banana.

HOW SHE BECAME A SINGER Did you formally train as a singer? I like to say that I was trained in another universe. I never grew up taking vocal lessons but I was singing since I was a baby. I just came into this world knowing I wanted to sing. I train with a really great vocal teacher now named Lorraine Lawson. She’s trained a lot of great artists and I am lucky to have her. How did you get into modeling and why did you choose singing over modeling? Modeling came about when I finished high school and I was really interested in going into the big city. I was living up north in a small town called Bradford, Ontario. I started taking the GO bus up myself and started working with photographers for trade, learning how to pose and things like that. I started booking national ads, magazines and commercials. It was paying some of my bills through college which was great. I always just sang at home me I never thought it would become a career; I never thought it was possible. As I started growing up and meeting all these incredible influential people who told me that anything was possible, I started thinking maybe I should try it. I was going into this whole other direction in life doing things the complete opposite of music. I was dating this

guy for four years, or something really long like that, and he had broken up with me right before I finished my last credit in my post graduate degree. It gave me a complete 360 in my life. I literally flipped everything in my life and wrote a song and started pitching it to people and that’s when I put out my fist single with universal, Kiss and Tell. What was it like working with Universal? It was great. I mean, I didn’t have a very one on one relationship with Universal because I had so many other people working with me and working for me that it was more so the support; the support was great. The single was the first single I ever released and it was doing really well press wise, so it got me that little taste of what it could be like and I really enjoyed it. Universal’s great, they really taught me a lot of what I could do in my own, I picked up a lot of business aspects of how the industry runs. I definitely got an entrepreneurial itch after releasing that first single. I left like I was on cloud nine; everything was working out. I was freshly out of school and the bravery and the drive gave me a kick start to throw myself out there.

HER INFLUENCES Have you ever made a mistake that you would go back and give yourself advice about? I definitely think there’s always something you can go back and change. I don’t really think there’s much I could have done about anything though. It would have been nice to have prepared myself more, or had more assistance in the beginning; more people around me that could do more of the business end. Because I did throw myself into half artist half business and that can be very overwhelming and stressful at times. Maybe asking for help, and not being scared to ask for help would have been something I would have done. Do you ever deal with self-doubt? Of course. This industry is one where you give a lot more than you get back. In terms of recognition its all over the place. You can have someone who does a silly rap song and become the biggest thing and then you can have someone who’s as good as Adele and has so much writing potential and they’ll just be on the sidelines.

HOW ANASTASIA FEELS ABOUT HER FANS How do you feel about having a lot of younger fans? How to they influence the decisions you make in your career? When I started in the industry, I sort if fell into the younger demographic because of the vision, which was to inspire and be a good role model, and do positive things with my music. Things like MTV and Much Music, they were looking for much sexier videos, more provocative imagery. I wasn’t there. I resonated more with younger people. I thought younger people were more carefree and had a positive attitude, and I just resonated with that really well. I find a lot of value in releasing music to younger people because I get so many messages on my Instagram and Twitter of them saying, ‘Thank you so much for being you’. That’s more important to me than anything. Just to have real people message you and tell you that you saved their life or that you helped them be themselves, is just so powerful.

big vision and really want to show people their potential, the capital needs to be there. I still go through this. You know how much bigger you can release something or how much better it can be but you only have the resources that you have. That’s why one of things I want to do in a few years is create a grant for artists that gives really talented artists that give back to their community a chance to really shine. How do you manage your own music career and label in addition to your plans to help other people launch their own careers in music? I don’t know (laughs), I just do. I have a great mentor, a great friend, a great partner. I have a great focus on my purpose with my music, and that is to inspire people. I think that that vision and that focus really helps me complete the things I need to do.

HER PLANS FOR THE FUTURE What can fans expect in 2016?

HOW SHE WANTS TO INSPIRE OTHERS

It’s hard to say what they can expect. I’d definitely say something different and way better. I’ve been going back and forth to L.A. and New York. There’s a lot of things I can’t even say that are big secrets.

The main thing is to realize how much capital is required to make it in this business and to actually create their vision and make it come to life. A true artist, if they have a really

What I would say is new material, new album and a whole other degree of awesomeness.

RANDOM FACTS 1. Anastasia A is the owner of her own vanity label called AA Music. 2. She was born in Ukraine. 3. Anastasia grew up dancing and took several classes at the National Ballet of Canada. 4. She has two cats, Pancake and Oody. Ironically Pancake is skinny and Oody is fat. 5. She has a wizard tattoo on her right shoulder that she got blindfolded. “That’s a girls night out I’ll never forget!”- Anastasia A 6. Her favourite song she’s ever written is My Love, about her boyfriend. The song is about the moment both people in a relationship realize they are 100% in.

YOU SHINE By: Nena Huber | PHOTOGRAPHY BY Christina Golovina When I was young- well younger than I am today, my mother told me a few things. She told me that I was beautiful, she told me that I was strong, and she told me that she saw a light in my eye that truly shined. I never knew if this was metaphorically or literally, but I never seemed to mind. It caused me to look at the world a little differently, and in a way that made me see the best in the worst situations. Whenever I saw a dreary cloud, I immediately thought of the rainbow that was soon to follow.

fall, I thought of how the snow would fall just like the leaves to create a winter wonderland. I donâ&#x20AC;&#x2122;t know if I want to shine in the sense of being talented and performing well, but I do know that I want to shine in the sense that I impacted the world. Even if it is a million people or one person that I manage to help, that will make me proud of all that I accomplish. So I think the best thing to remember in life is that you shine. You shine like the stars and you shine like the beautiful person you are inside and out. Always remember that.

When all the leaves fell off the trees in the

It’s time to talk about the most important person in the room: YOU. There’s nothing wrong with putting yourself first every once in awhile, in fact I encourage it. In order to help other people you need to be your best self. [READ THE INTRODUCTION TO THE BRAND NEW COLUMN BY NICOLE PALMER AT MIMPMAG.COM]

IN A SMALL TOWN. By: Allison Hahn

hen you live in a small town, you learn to love long, stuffy car rides, because you know that youâ&#x20AC;&#x2122;re being taken some-

where outside of where you grew up. You learn to love Rock Band and how to throw an awesome party with only balloons. You crave concert announcements because you know it means you get to wait outside the venue for hours on end. Small towns often get a bad rep, but Iâ&#x20AC;&#x2122;ve found a way to make it my own. 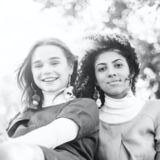