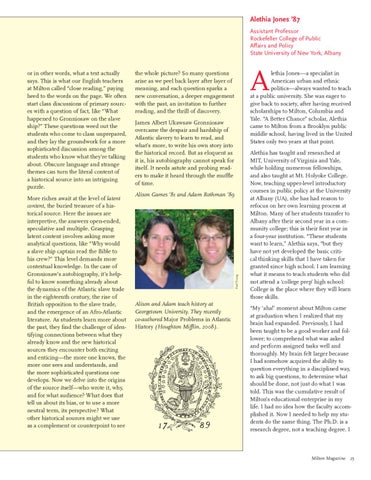 More riches await at the level of latent content, the buried treasure of a historical source. Here the issues are interpretive, the answers open-ended, speculative and multiple. Grasping latent content involves asking more analytical questions, like “Why would a slave ship captain read the Bible to his crew?” This level demands more contextual knowledge. In the case of Gronniosaw’s autobiography, it’s helpful to know something already about the dynamics of the Atlantic slave trade in the eighteenth century, the rise of British opposition to the slave trade, and the emergence of an Afro-Atlantic literature. As students learn more about the past, they find the challenge of identifying connections between what they already know and the new historical sources they encounter both exciting and enticing—the more one knows, the more one sees and understands, and the more sophisticated questions one develops. Now we delve into the origins of the source itself—who wrote it, why, and for what audience? What does that tell us about its bias, or to use a more neutral term, its perspective? What other historical sources might we use as a complement or counterpoint to see

the whole picture? So many questions arise as we peel back layer after layer of meaning, and each question sparks a new conversation, a deeper engagement with the past, an invitation to further reading, and the thrill of discovery.

lethia Jones—a specialist in American urban and ethnic politics—always wanted to teach at a public university. She was eager to give back to society, after having received scholarships to Milton, Columbia and Yale. “A Better Chance” scholar, Alethia came to Milton from a Brooklyn public middle school, having lived in the United States only two years at that point.

James Albert Ukawsaw Gronniosaw overcame the despair and hardship of Atlantic slavery to learn to read, and what’s more, to write his own story into the historical record. But as eloquent as it is, his autobiography cannot speak for itself. It needs astute and probing readers to make it heard through the muffle of time. Alison Games ’81 and Adam Rothman ’89

or in other words, what a text actually says. This is what our English teachers at Milton called “close reading,” paying heed to the words on the page. We often start class discussions of primary sources with a question of fact, like “What happened to Gronniosaw on the slave ship?” These questions weed out the students who come to class unprepared, and they lay the groundwork for a more sophisticated discussion among the students who know what they’re talking about. Obscure language and strange themes can turn the literal content of a historical source into an intriguing puzzle.

Alethia has taught and researched at MIT, University of Virginia and Yale, while holding numerous fellowships, and also taught at Mt. Holyoke College. Now, teaching upper-level introductory courses in public policy at the University at Albany (UA), she has had reason to refocus on her own learning process at Milton. Many of her students transfer to Albany after their second year in a community college; this is their first year in a four-year institution. “These students want to learn,” Alethia says, “but they have not yet developed the basic critical thinking skills that I have taken for granted since high school. I am learning what it means to teach students who did not attend a ‘college prep’ high school: College is the place where they will learn those skills. “My ‘aha!’ moment about Milton came at graduation when I realized that my brain had expanded. Previously, I had been taught to be a good worker and follower; to comprehend what was asked and perform assigned tasks well and thoroughly. My brain felt larger because I had somehow acquired the ability to question everything in a disciplined way, to ask big questions, to determine what should be done, not just do what I was told. This was the cumulative result of Milton’s educational enterprise in my life. I had no idea how the faculty accomplished it. Now I needed to help my students do the same thing. The Ph.D. is a research degree, not a teaching degree. I 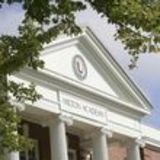