ORIGIN OF A RECIPE BRINGING A FRENCH TWIST TO THE TABLE Story by Aaron Lynch and Amber Sky Photos by Amber Sky Since 1981, L’Auberge Provençale has brought true, generational European “farm-to-table” to the Virginia countryside.

his month, we had the great privilege of visiting L’Auberge Provençale. L’Auberge Provençale is a quintessential French Country Inn and Restaurant located in picturesque White Post, Virginia. Owners Alain and Celeste Borel have created a remarkable Provence experience in their nationally acclaimed, four diamond rated establishment. Stepping into L’Auberge Provençale, I felt like I was transported to the luxuriant French countryside. Alain Borel, who is a fourth generation French Chef, creates amazingly authentic French food, which makes for an unforgettable experience when appreciated with his incredible stories and recipe origins. Alain and Celeste are so friendly and passionately want each guest to experience a piece of the opulent French culture. They are extremely intentional with every detail and ingredient they incorporate. Alain invites one to savor his modern regional cuisine with a French flair by giving inventive commission to Head Chef Richard Wright who takes Alain’s generational recipes and creates contemporary versions that fuse the flavor and beauty of each dish. Alain’s great-grandparents owned the Hotel du Louvre, in Avignon, France, and the recipe we will share today was perfected in that hotel over a century ago. Alain’s great-grandmother prepared the memorable Coq Au Vin for her family and her hotel guests. Coq Au Vin is a classic French stew with chicken that is slowly braised in red wine and brandy. Alain shared how once a year his family in France would use the lone rooster on the family farm to create this special Coq Au Vin dish. They would marinate the rooster for hours to make it tender and juicy. It is simply a divinely delicious dish! Alain began his training to become a

chef at the tender age of six. He worked as an apprentice to his grandfather and his first assignment was to peel and cut potatoes. When Alain was 13, he moved to Canada, where his father owned L’Auberge Provençale, just outside of Montreal. Alain continued his culinary training under his father and his uncle. At 14, he started his full-time career as a chef. Alain’s roots are Provence and he still stands firm on those today. Provence style is essentially farm-totable with only using the freshest of local ingredients. In 1981 when Alain and Celeste came to Virginia, they set out to live and share the style of Provence. That was in a sense counter-cultural in the 1980s. Finding local fresh organic meats and produce did not really exist. The pair would travel north and south to find their ingredients. Being the inventive and creative chefs they are, they raised rabbits and pigs and created an extensive herb garden, vegetable garden, and orchard. After a time, they were able to procure local pork, beef, chicken, fowl, produce, and fruit that met their high standards for them to use in a sustainable farm-to-table Provence fashion. They were ahead of the time, stayed true to their convictions, and definitely influenced many to consider the Provence lifestyle. Though the Coq Au Vin recipe was perfected at the family French hotel, Alain brought this recipe and many others to the west. L’Auberge Provençale’s goal is to enhance each dish to it’s highest standards. Alain is equally passionate about continually evolving his family recipes and cuisine. That was made so evident when we met with Alain, Celeste who adore watching Chef Rich take the family recipes and ingeniously embellish them. Today, L’Auberge Provençale uses the freshest local farm-raised chicken instead of a rooster. Sometimes Chef Rich adds lentils to his Coq Au Vin to give it a new spin. L’Auberge Provençale’s owner is the epitome of what all chefs would want to be. As Shenandoah’s original farm-to-table chef, he is the essence of what a true 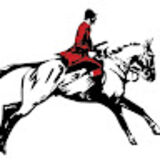