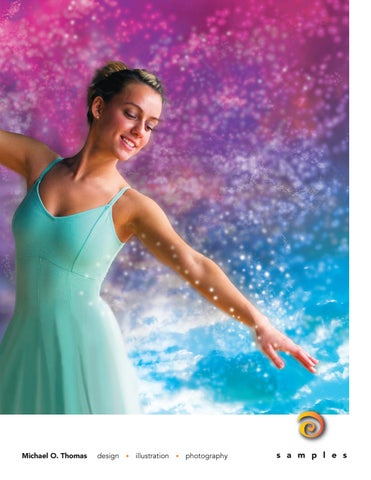 Expand your vision of our community and th

he Salon Series is new - and offered especially for Friend WILL at various levels of the Vision Circle. Each event b

together fascinating speakers, WILL staff and personali and people like you, who share a love for public media and a p

for discovering more about our community and our world. Tog weâ&amp;#x20AC;&amp;#x2122;ll enjoy conversation on subjects that will enlighten, enterta educate and inspire.

Who are our book mentors? Let us introduce you to four of them.

Book Mentor Project by the numbers

As Molly Delaney raced across a muddy farm field, she saw Peoria science teacher Emily Dawson enthusiastically waving a small yellow box. Attached to it were a parachute and a shredded weather balloon. “We found it! We found it!” Emily shouted.

Molly, Illinois Public Media’s educational outreach director, was part of the WILL team joining Peoria public TV station WTVP in hunting the box and balloon. They had almost given up after hours of searching. Earlier in the day Emily and her Peoria Riverview Grade School students launched the balloon near Peoria, inspired by a PBS video made available to teachers and students on Illinois Edition of PBS LearningMedia. Students researched and planned the launch, then analyzed and reported on data collected during the balloon’s 100,000-foot flight. The small yellow box contained cameras that captured footage of the weather balloon’s flight to the edge of the atmosphere, revealing images that showed the curvature of the earth, the blackness of space, and an overhead shot of the crowd that gathered to watch the balloon’s ascent. This was one of many success stories heard during the past year from teachers who are using Illinois Edition, a cooperative project of public TV stations in Illinois, in their classrooms. Help us spread the word about this innovative resource, available at illinois.pbslearningmedia.org. Video bonus: Watch coverage of the weather balloon’s flight. will.illinois.edu/annualreport 10

Jay Barr, attorney, and Raina Dyer Barr, postdoctoral researcher in education Jessica Holmes, credit union employee “I just really enjoy the kids and the teachers. These kids are our future. They’re going to be the presidents, doctors, lawyers, bank tellers, mail carriers and other workers. Reading was so important to me as a child so I enjoy sharing books with these kids. If I had to give up some of my volunteer work, the last thing I would give up is being a book mentor.”

“When the kids in the classroom see me coming, they’re really excited to hear the story and do the activity. I hope we’re showing the kids that we like to read, that it’s fun, and that maybe we can influence them to like reading, too.” Raina

George Willhite, retired editor “After I go in and read to the kids, I always leave more energetic than when I went in. The kids just absorb everything. They’re adorable. If I had to spend all day in the classroom with them, though, I’d be exhausted!”

Change that moves us forward

New Faces Bob Culkeen, formerly vice president of technology and operations at WJCT public radio and television in Jacksonville, Fla., joined the staff in January as station manager of WILL television and radio.

Craig Cohen, whom many listeners remembered from his stint as WILL-AM’s local Morning Edition host from 1995-2002, rejoined WILL in March as director of news and public affairs. He also became the interim host of WILLAM’s morning talk program Focus after the retirement of David Inge. Craig most recently worked as director of programming and producer/host for WITF-FM and TV in Harrisburg, Pa. Lisa Bralts, formerly the City of Urbana’s director of Market at the Square and economic development specialist, became Illinois Public Media

marketing director in September. She’s also a commentator for WILL-AM with the In My Backyard series about the intersection of local food and neighborhoods. John Steinbacher became Illinois Public Media membership director in October. John came to Illinois Public Media from the Champaignbased International Society of Arboriculture, a professional organization with 21,000 members worldwide where he was the membership and component relations manager.

Sean Powers and CU-CitizenAccess reporter Pam Dempsey won best investigative series for their reports on landlords at the Cherry Orchard apartment complex near Rantoul who stood trial for code violations. Sean also won for best sports report with his story about the Farmer City Raceway, won second place for best spot news for his account about the anonymous online posting of a police video showing the arrest of a man in the U of I’s campustown, and won second place in the hard news feature category for his story about how audio recording in public places can be a serious crime in Illinois. The entire news team, including Sean, Jeff Bossert, Jim Meadows, Dave Dickey and former news and public affairs director Tom Rogers won best series/documentary for their Life on Route 150 series. WILL-AM 580 commentator Lisa Bralts and her editor Dave Dickey won in the best light feature category for her commentary on “DIY Smokerpalooza.”

Communicator Awards Illinois Public Media’s programming about community hunger won two Silver Awards of Distinction in the international 2012 Communicator Awards. A day of programming about hunger on WILL-TV, WILL-AM and the Web in November 2011 won the Integrated Campaign-Social Responsibility category. Illinois Public Media’s video about the Wesley Evening Food Pantry in Urbana won in the Program-News-Social Responsibility category. Kimberlie Kranich produced the video and Henry Radcliffe was videographer and editor.

WILL Your New Member Benefit featuring 1,000+ hours of your favorite programs on demand

inspirationradio Relationships that Matter To Youth

A Presentation of the Youth Media Workshop

nurturing children for success in school and in life

A 24-page portfolio of various designs and illustrations 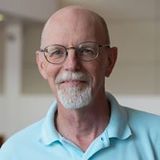