There was a party in East Dallas at a big house in 1981, and we, the Butthole Surfers, and some others played in the living room. It was super loud, so most people were elsewhere in the house or outside. It was the first time I ever saw Gibby do the clothespins in the hair bit. They were amazing to see playing in that small room as smoke wafted through the house and photocopies of cockroaches lying around. Beer spilled all over. Somebody was passing out “acid” that was really strychnine. Clothespins littered the floor. Sweat flew. There was blood. Some people loved it and bathed in the moment. Most were scared and ran away. I picked up a roach from the floor on the way out. It was five a.m. and as I looked back while loading gear into my van, I saw a rifle barrel sticking out of a window upstairs. Turns out the guy that lived up there was a drug dealer and had thirty lbs. of marijuana. He was paranoid and tweaking, so his night was filled with terrors. BOBBY BEEMAN, STICK MEN WITH RAY GUNS

I wore out my Locust Abortion Technician t-shirt so thoroughly that it wound up as indistinct threads of colored gauze. I wouldn’t give it up. They were like primitive gods to me; I worshiped and feared them. ERIC AVERY, JANE’S ADDIC TION

I had heard notorious tales but had never seen the Butthole Surfers myself, and I was a fan. It was soon after the release of Locust Abortion Technician. It was exam week in Charlottesville and, irresponsibly, I prioritized rock over school work. I made the 150 mile round-trip on my own. The Pyramid, a small, short-lived club on Boulevard, was crammed and clearly oversold. There were at least 400 fellow freaks in a place meant for 300 max. I was sober. The others, mostly dudes, were wasted in some form or another. They started and the reaction was rabid. They were ear-numbingly loud. Haynes, Leary, Pinkus, Coffey, Teresa Nervosa, and Lynch, guided by Locust Abortion Technician’s bizarre compositions, were utterly terrifying. Haynes stumbled around making synthetically manipulated vocal noises and setting cymbals on fire. Leary, who I was trapped in front of, played his demented guitar parts while screaming “Get the fuck away from me!” at the audience members that he could see. Pinkus, a goof-ball, was athletic and his main move on stage middle were big, rhythmical leg kicks. Coffey and Nervosa whipped up pure tribal frenzy while beating the crap out of their drums in unity. Lynch, adorned only in white body paint with a black streak on her chin, twisted and turned with a fast-flickering strobe adding to her contortionist menace. They all laughed constantly, and seemingly wickedly, at themselves and the confused, terrified audience. All of this was in front of a video presentation (maybe the show’s lone soothing aspect) that featured blood-soaked murder rooms and violent shark attacks. There were glass beer bottles flying about, and their fans swung from the pipes. I was concerned that I couldn’t move in any direction as Gibby’s flames licked the low wooden ceiling. When the music stopped, I hustled to the exit and jogged to my ‘80 Plymouth Champ. Driving through a thick spring fog at 50 mph wasn’t easy, but my bugged-out eyes and ringing ears got me home. It was the most unforgettable thing I have seen, and many good bands have suffered in comparison since. Although, I will admit that I was a terrified nineteen-year-old that night and couldn’t talk about it for several days. BOB NASTANOVICH, PAVEMENT

When listening to or watching the Butthole Surfers, it’s all but impossible to determine the influences that may have had a role in forming their music. They are truly a result of their vision and talent—that is to say they don’t sound like anyone but the Butthole Surfers. Beyond that, they’re completely mind-blowing. One of the best live bands ever. HENRY ROLLINS

Never take seriously an artist or musician who says they don’t love the Butthole Surfers. They give us all hope to try to do our own thing, whatever it is. Or, at the least, fake it and get paid for it! STEVEN DROZD, THE FLAMING LIPS 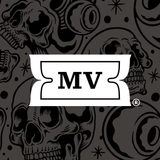