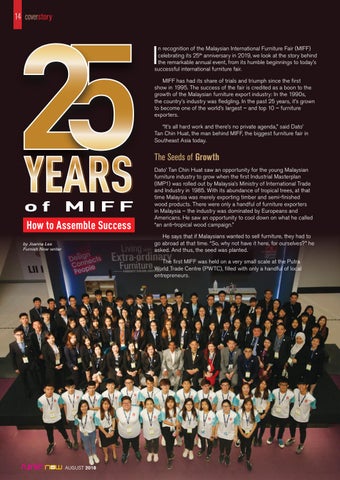 n recognition of the Malaysian International Furniture Fair (MIFF) celebrating its 25th anniversary in 2019, we look at the story behind the remarkable annual event, from its humble beginnings to today’s successful international furniture fair. MIFF has had its share of trials and triumph since the first show in 1995. The success of the fair is credited as a boon to the growth of the Malaysian furniture export industry: In the 1990s, the country’s industry was fledgling. In the past 25 years, it’s grown to become one of the world’s largest – and top 10 – furniture exporters. “It’s all hard work and there’s no private agenda,” said Dato’ Tan Chin Huat, the man behind MIFF, the biggest furniture fair in Southeast Asia today.

The Seeds of Growth

of MIFF How to Assemble Success

Dato’ Tan Chin Huat saw an opportunity for the young Malaysian furniture industry to grow when the first Industrial Masterplan (IMP1) was rolled out by Malaysia’s Ministry of International Trade and Industry in 1985. With its abundance of tropical trees, at that time Malaysia was merely exporting timber and semi-finished wood products. There were only a handful of furniture exporters in Malaysia – the industry was dominated by Europeans and Americans. He saw an opportunity to cool down on what he called “an anti-tropical wood campaign.” He says that if Malaysians wanted to sell furniture, they had to go abroad at that time. “So, why not have it here, for ourselves?” he asked. And thus, the seed was planted.

The first MIFF was held on a very small scale at the Putra World Trade Centre (PWTC), filled with only a handful of local entrepreneurs. 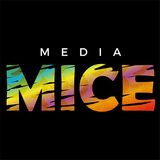