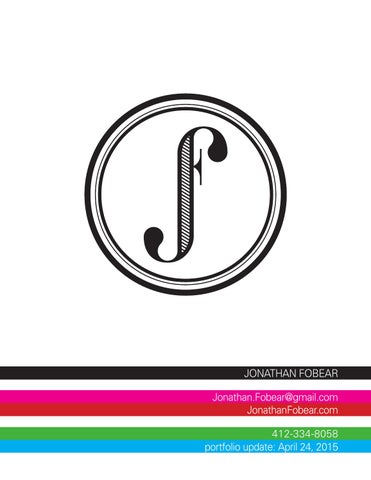 Over the years I have had the pleasure of working with many clients. Here are task lists I mangaged/designed for my largest clients:

Client from 2008 – present Created suite of marketing materials for the Delta Foundation. Art directed all materials for Pittsburgh Pride festival helping it grow from 6,000 to 100,000 attendees in 6 years. Managed/designed all creative for every issue of Equal Magazine & Pride Mag over 6 years.

Client from 2005 – present Collaborated with client on a new, dynamic logo designed to be a stand-alone mark. Design went viral with many people in the city wearing the Organization’s logo t-shirt, but with no affiliation to the organization. Created branding guide & materials, organization doubled in employees.

Managed cover photoshoot with Mayor of the City of Pittsburgh, Bill Peduto. – Nov 2013

Art Director 2001 – 2004 One of four that launched a military-targeted publishing company, designing all marketing collateral & magazines for first four years of the company’s infancy.

When the executive director of Friends of the Pittsburgh Urban Forest (FPUF) approached me to help rebrand the non-profit, she didnâ&#x20AC;&#x2122;t just ask for a logo. It started with names, acronyms, and taglines that she could present to her board of directors. Tree Pittsburgh was the final choice that she and the board settled on. Then came the process of designing the new logo, creating the style guide, choosing typefaces, Pantone selections, and the multiple other facets that come along with rebranding. The logo has become a viral hit among Pittsburghers, especially as represented on the shirt. Tree Pittsburgh shirts have been seen around town on politicians, bands, and even on some celebrities filming in the city.

South of the city of Pittsburgh is Washington County. Their tourism bureau needed help to tout the attractions that would make a dayand-night trip attractive to potential visitors. A PR firm in Pittsburgh tapped me to create the branding for a 3-4 year campaign. The PR, concept, and writing were already set. I was soley responsible for art direction. After a new logo & consistent branding, redesigned visitor guides, a new visitor center, a tourism image bank, new website, a suite of ads, videos, social media and events, the work paid off. The county saw an increase of hundreds of thousands of new visitors, drawing tour busses in from as far away as Canada, and broke attendance records at festivals that had been running for over 20 years.

The final year of our PR contract with Washington County, PA, the decision was made to trumpet the Tourism Promotion Agency’s 50th Anniversary. The board of directors wanted to showcase a greater number of images showing the diversity of Washington County’s attractions. The PR agency I was working with handed me the concept which was “50 reasons to visit Washington County” and I was tasked with the development of a “50 years of tourism” logo.

The aesthetic of Pittsburgh Pride 2012 is a reflection of the headlining performer. This tattooed, alternative rock style was a nod to Melissa Etheridge, whoâ&#x20AC;&#x2122;s folk rock hits were the largest and gayest hits of 1990s Top 40 radio. The black and white image of her in a leather fringe jacket further tied all the creative together. Branding tie-ins to this were also custom designed. One example were temporary tattoos of the logo given away to patrons at all of the gay bars in the metro area. Also, the t-shirt design was the second fastest to sell out in Pittsburgh Pride history. Fun note: The pattern in the background of all the marketing pieces is an edited photo of the wallpaper in my parentsâ&#x20AC;&#x2122; dining room. It was perfect.

Pittsburgh Pride 2014 drew 100,000 people according to City of Pittsburgh official estimates. I decided to incorporate the use of unapologetic bold brush strokes of vivid color to emphasize the â&#x20AC;&#x153;Be Braveâ&#x20AC;? ethos. The branding of Pride has evolved from being centered on advocacy, towards becoming more of a celebratory event with wider acceptance of the LGBT community. This branding echoes a lighter and less serious tone, appealing to youth as the average age of coming out continues to decrease.

Pittsburgh Pride 2013 was an important one. With the anticipated decision of the US Supreme Courtâ&#x20AC;&#x2122;s verdict on DOMA and Prop 8, the directors of Pittsburgh Pride wanted a marriage-themed logo. Even before the supreme court announcement, my logo design was making itself known. People were sharing photos of it on Facebook and Tweeting about it. A local jeweler loved the logo to the extent that he started making real wedding bands to sell at his studio based on my design. Upon hearing the buzz, The City Paper called to interview me about my design and the creative process that led to it. After the DOMA verdict, the logo was featured front and center on the home page of the New Civil Rights Movement website, a nationally respected news and political blog. Iâ&#x20AC;&#x2122;m proud that this design in particular was taken off the page by a local artisan and turned into rings for Pittsburgh weddings for everyone.

Kaitlynn Riely The Pittsburgh Press The Pittsburgh Pride logo, with its interlocking gold wedding rings topped by two of the city’s iconic bridges, caught Paul Michael Bierker’s attention weeks ago. Then, on Wednesday afternoon, one of his clients contacted the jewelry designer with this challenge: Make the rings a reality. “We were instantly inspired,” said Mr. Bierker on Friday, as he sat holding the finished product in The Collection, the space in Shadyside where he works and specializes in custom-made jewelry. He has taken the interlocking design and made two separate rings. The Pride-inspired rings will be available for order from the Paul Michael Design Facebook page starting today, which also marks the start of the main events for the city’s annual gay pride celebration. A concert featuring Adam Lambert tonight and a march Sunday will both take place Downtown, where the Pittsburgh Pride banners featuring the interlocking logo are already prominent, lining the streets. The concept of the interlocking rings -- a nod to Pittsburgh Pride’s “I Wanna Marry You” theme and to the fight 22

for gay marriage rights -- came to art director Jonathan Fobear after he went through several different versions of logos related to marriage. Mr. Fobear, who runs a design company based on the South Side, worked with the Delta Foundation of Pittsburgh, which organizes Pittsburgh Pride, to settle on the concept of interlocking rings featuring two iconic Pittsburgh bridge designs -- the 10th Street Bridge and the general image similar to the three “sister” bridges connecting Downtown to the North Side. The reaction to the logo has been “overwhelmingly positive,” he said. “People just love it,” he said. “They can’t seem to get enough of it.” He said he was “just blown away” that Mr. Bierker was making his ring design into actual rings, and said he wants one himself. Mr. Bierker is also designing other pieces featuring the interlocking bridge rings, such as pendants and cuff links. Prices will range from $75 for a pendant to $1,150 for a man’s gold wedding ring, and some of the proceeds will go toward the Delta Foundation. In the current atmosphere -- with gay marriage not permitted in Pennsylvania

and the U.S. Supreme Court set to issue decisions this month that could affect the future of gay marriage across the country -- the rings carry extra symbolic weight, Mr. Fobear said. “It would be great if this ring is made and eventually we have the right to use it and marry the person we love,” he said. The ring design, however, “transcends the issue” of gay marriage, Mr. Bierker said, since it is a piece of jewelry that could be worn by any person, gay or straight. But Mr. Bierker, who in his work deals often in symbolism, said his most recent ring design, debuting during the Pride celebrations, is packed with additional meaning. “We’re creating a bridge to the future where all people are treated equally under the U.S. Constitution,” he said. “That’s it. It’s flat and easy.” Kaitlynn Riely: kriely@post-gazette.com or 412-2631707. This story originally appeared in The Pittsburgh Press. To log in or subscribe, go to: http://press.postgazette.com

Wednesday July 25 5:30 to DuskNiNe Mile RuN Vietnam Veterans’ Pavilion Schenley park We'll provide beverages and grilling items (hamburgers, hot dogs, veggie burgers, etc.). Please bring a side dish, dessert, or, if cooking isn't your thing, a $5 donation to help cover costs of food. RSVP to 412-681-7736 or picnic@aclupgh.org and let us know what youʼll be bringing Directions to Vietnam Veteransʼ Pavilion, Schenley Park: WEST: Take 376E to the Oakland exit on to Forbes Avenue. At first light, turn right onto Craft Avenue. Turn left at light onto Blvd. of the Allies. As you enter Schenley Park, bear

Thank you so much for taking the time to flip through my work. If you saw anything that has interested you, then letâ&#x20AC;&#x2122;s have a conversation! 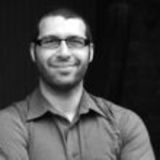 Please enjoy the highlights of my 12 years of design expertise and art direction. If something catches your eye, then let's work together.

Please enjoy the highlights of my 12 years of design expertise and art direction. If something catches your eye, then let's work together.