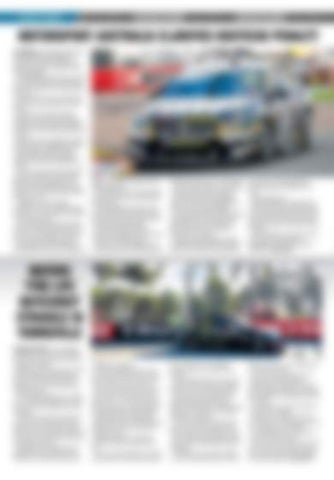 MOTORSPORT AUSTRALIA CLARIFIES KOSTECKI PENALTY A STATEMENT has been released by Motorsport Australia regarding the disqualification of Jake Kostecki from Sunday’s 250km race in Townsville, in which it has clarified the reasons for the disqualification. The initial statement said that the tyre pressures on car #34 for both the left and right rear tyres fell below the mandated 17psi on the grid prior to the race start. However, evidence provided by MSR showed that only the one tyre was below the minimum pressure. It was also confirmed that the stewards’ decision lists an incorrect time of the breach in its findings, with the tyre actually only dipping down below 17psi around 60 seconds before the race start. Despite this it does not change the outcome of the result, Kostecki’s disqualification from Race 16 of the Supercars Championship stands. MSR released the statement released by Motorsport Australia and the disqualification of car #34. “Firstly and most importantly MSR accept the decision of the stewards, and do not dispute that one of our tyres dropped below 17psi approximately one minute before the formation lap of race 17 after sitting on the grid for around 29 minutes,” it read. “The team also accept the penalty of disqualification as such a ruling adheres clearly to rule D17.1.17 of the operations manual which is our expectation as team. “The rule states that the minimum permitted pressure of a control tyre when fitted to a car is 17psi which must be achieved at any time that the car is on the circuit during any session.” The Queensland based team revealed it has already reviewed its pre-race tyre procedure, but

explained that in such a competitive series the limits are often pushed. “Naturally the team are very disappointed that such a small error has had such a big penalty,” the statement said. “We are particularly annoyed that we let our driver Jake Kostecki down on this occasion as he drove a good race and should have banked some valuable championship points. “The team have already reviewed our calculations and procedures to do everything we can to avoid to this happening again. “Supercars is the most competitive touring car racing category in the world and every team

pushes every legal limit they can, as they should. “That’s the business we are in and occasionally all the teams make a mistake of some kind.” The team admit that it got the calculations wrong on this occasion and suggested that the previous pre-race tyre rule be reinstated. “In this case forecasting the heat of the sun and track temperature over a stationary 30-minute period whilst on the grid isn’t sometimes an exact science which is why we allow for a margin of error,” it continued. “We just got that forecast slightly wrong and the regulations state that teams are not allowed to put any air in their tyres on the grid anymore

so once the cars leave the garage there is literally nothing you can do about it in most cases. “We would hate to see a Championship decided on something like this. “That’s not what the sport is about so maybe the rule should be rolled back to what it used to be where the teams were allowed to bleed the tyres back on the grid as you still can in Super2 for instance. “Thank you again to our fans and partners for all your support. We look forward to bouncing back at this weekend’s Townsville SuperSprint.” Dan McCarthy

highlighted this weakness. “Tyre deg is probably the worst it’s ever been around Townsville but our car wasn’t very nice either,” he said. “When the car is not nice it eats the tyres up even more. “We’ve got a fair idea what we’re lacking, we’ve just got to work out what tool will influence it for us. A lot of ideas have been thrown around, now it’s just about picking the right philosophy and implementing it.” Driving the #6 Ford Mustang, Waters finished eighth in Race 1 on Saturday before making some overnight improvements to finish fifth in Race 2. Despite the changes, he still finished 50.408s off Shane Van Gisbergen at the front. “Our car wasn’t really that nice on its tyres after 20 [laps] and he [SVG] was pumping

them out after 35 so we’ve definitely got some work to do, no doubt,” Waters lamented. “We got lapped Saturday, which was a bit of a kick in the face. Sunday was definitely better but we’ve still got a long way to go.” The 26-year-old is currently fifth in the championship standings behind Chaz Mostert and Will Davison. Van Gisbergen and Triple Eight’s Jamie Whincup are the clear front runners at this stage. Given the close battle for positions three, four and five, Waters is pulling out all the stops to ensure a quick turnaround in form. “Were definitely diving through all the data trying to work out what that thing [issue] is,” he explained. “It’ll be good to come back this weekend to see if we’ve influenced those issues and

fingers crossed we have, it’ll probably help us for the rest of the year. “I’ve had many conversations with my engineer and even other engineers.” The Victorian revealed that he will have a different engineer this weekend, but despite this is optimistic of a stronger second round in Townsville, “I’ve actually got a change of engineer for this weekend,” said Waters. “Pottsy’s got an operation on his leg, so we’ve subbed in our head engineer, Ozzie, so he’s coming back for the weekend.” “This weekend won’t be as bad because the races are a little bit shorter. “You don’t have to draw those stints out as bad. You have your first stage of deg, and then your second stage which we probably won’t get this weekend.” Josh Nevett

WATERS TYRE LIFE DEFICIENCY STRUGGLE IN TOWNSVILLE CAMERON WATERS was disappointed in the performance of his car as he suffered from extreme tyre degradation over the first weekend in Townsville. Speaking to the media ahead of the second half of the Supercars double-header this weekend, the Tickford Racing driver said his technical team were in the process of rectifying the issues. “Very frustrating weekend for us,” Waters said. “We rolled out pretty good in practice and we were pretty confident that we were thereabouts. “The track was quite fast in practice with the cloud cover, but when it got sunny on Saturday track grips deteriorates a little bit and then your issues that were marginal are now big issues so that was kind of our story from practice to Saturday.” Tickford Racing has struggled with tyre degradation for much of the season, and Townsville, a track already tough on tyres, 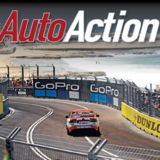