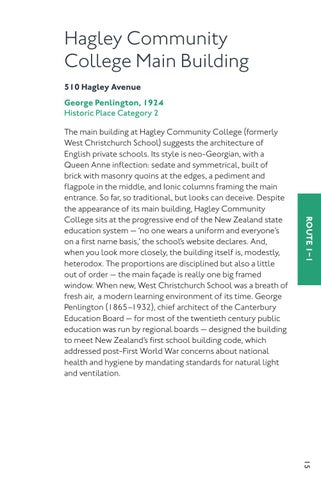 The main building at Hagley Community College (formerly West Christchurch School) suggests the architecture of English private schools. Its style is neo-Georgian, with a Queen Anne inflection: sedate and symmetrical, built of brick with masonry quoins at the edges, a pediment and flagpole in the middle, and Ionic columns framing the main entrance. So far, so traditional, but looks can deceive. Despite the appearance of its main building, Hagley Community College sits at the progressive end of the New Zealand state education system — ‘no one wears a uniform and everyone’s on a first name basis,’ the school’s website declares. And, when you look more closely, the building itself is, modestly, heterodox. The proportions are disciplined but also a little out of order — the main façade is really one big framed window. When new, West Christchurch School was a breath of fresh air, a modern learning environment of its time. George Penlington (1865–1932), chief architect of the Canterbury Education Board — for most of the twentieth century public education was run by regional boards — designed the building to meet New Zealand’s first school building code, which addressed post-First World War concerns about national health and hygiene by mandating standards for natural light and ventilation.

Sixty buildings and six routes around a rebuilding city 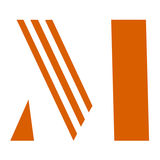