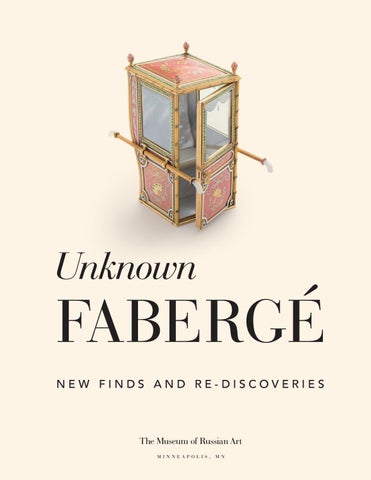 These cuff links were purchased by Dowager Empress Maria Feodorovna (1847–1928) from Fabergé’s St. Petersburg shop and given to Emperor Nicholas II (1868–1918) on Easter 1907. They were recorded in his gift album in watercolor and captioned,

“From Mama, Easter 1907.” The entry from Nicholas’ album is reproduced below.

Original watercolor from the album of Nicholas II. Courtesy of Alexander von Solodkoff.

of King Christian IX of Denmark (1818–1906) and Queen Louise, née Louise of Hesse-Kassel (1817– 1898). Dagmar took the name of Maria Feodorovna after her conversion to Russian Orthodoxy. Together the couple had f ive children, including Tsarevich Nicholas Alexandrovich (1868– 1918), who would succeed his father as Emperor of Russia in 1894.

The tall, powerful emperor and the petite princess, so unalike in both personality and appearance, shared a very happy marriage and family life. They remained devoted and attached to each other throughout their lives.

A gift of the Dowager Empress Maria Feodorovna (1858–1939) to her grandson, Vasili Alexandrovich (1907–1989), then by descent. When the rhinoceros is wound with a key, it lumbers forward, raising and lowering its head and moving its tail. The oxidized silver simulates the coarse texture and color of the animal’s skin. Prince Vasili Alexandrovich was the youngest child of Grand Duke Alexander Mikhailovich

number known to have been produced by Fabergé. One was formerly in the Forbes Magazine Collection and is now preserved in the Fabergé Museum in St. Petersburg. The others are in private collections, including one which was given to Queen Alexandra (1844–1925) for her sixty-f ifth birthday in 1909 by the Lord Chamberlain, Lord Howe (1861–1929).

This rare silver rhinoceros automaton is one of only a small

suggest a date of 1901, the year of Nina’s birth. Each photograph is covered by functioning windows, which are operated by a diamond push-piece at the bottom edge of the frame and powered by an intricate mechanism located inside the back cover. The design and construction undoubtedly were inspired by the surprise in the Imperial Pansy Egg (1899), a similar enamel heart-shaped photograph frame with functioning windows, which also was made in Perkhin’s workshop.

a prominent player on the world stage for the rest of her life.

whom she later divorced, and had two children.

Princess Margaret, charming, sophisticated, and the epitome of royal elegance, was a fashion icon and a regular f ixture on the world’s best dressed lists. Although the attractive and exuberant princess gained a reputation as a free spirit, she was known for her generosity to friends and for her devotion to the queen. The princess was married once, to Antony Armstrong-Jones, 1st Earl of Snowdon (b. 1930),

A gifted singer and pianist, the princess was a devoted patron of the arts. In addition to her love of music and ballet, her artistic patronage extended to her signif icant collection of jewelry and Fabergé, including the photograph frame which contains her portrait (cat. number 30) and the pair of elegant scent bottles (cat. number 31).

Former the collection of H.R.H. The Princess Margaret, Countess of Snowden (1930–2002) at Kensington Palace, London.

This pendant is yet another snowf lake jewel relating to World War I, the tragedies of which greatly upset and engulfed the entire world. The female members of the Russian Imperial family, inspired by Empress Alexandra Feodorovna (1872–1918) and her daughters, worked as nurses in hospitals created for urgent help to injured soldiers. Many ladies of the highest society followed the good example of their sovereigns, doing all in their power to assist the many unfortunate. The workshops of Fabergé produced a mass of objects, jewels and miniature Easter eggs, decorated with the symbol of the Red Cross. Many of these pieces were intended as gifts for those who did valuable voluntary work.

One of the sketches shows this red cross pendant. The diamond drop at the bottom is, however, missing. It may be a later addition. Ulla Tillander-Godenhielm K. Snowman, Fabergé: Lost and Found, (1993), p. 163. The ledgers are today in the collection of Wartski in London. 1

This sedan chair was reputedly in the collection of the Neuscheller family of St. Petersburg, one of Fabergé’s foremost customers. The Neuscheller family was in business in the Russian capital since the mid-nineteenth century. In 1860, they established the Russian-American Rubber Company. Known in Russia for its galoshes, the company eventually became the world’s largest rubber company. This sedan chair, which can be categorized among the pieces of miniature furniture produced by the f irm, is one of the rarest types of object produced by Fabergé. It closely resembles

An excerpt of the catalogue for the upcoming exhibition at: The Museum of Russian Art, Minneapolis, MN. October 6, 2016 to February 26, 2017 http://tmora.org/ 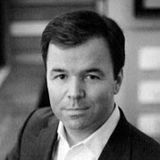