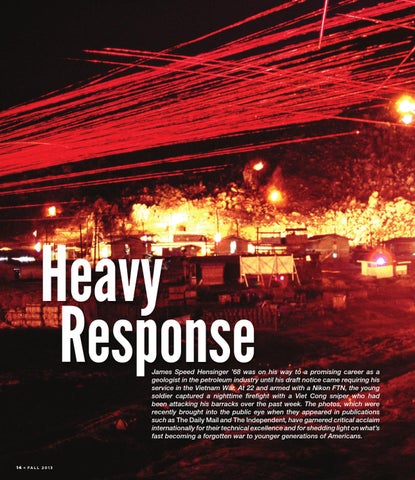 James Speed Hensinger â&#x20AC;&#x2122;68 was on his way to a promising career as a geologist in the petroleum industry until his draft notice came requiring his service in the Vietnam War. At 22 and armed with a Nikon FTN, the young soldier captured a nighttime firefight with a Viet Cong sniper who had been attacking his barracks over the past week. The photos, which were recently brought into the public eye when they appeared in publications such as The Daily Mail and The Independent, have garnered critical acclaim internationally for their technical excellence and for shedding light on whatâ&#x20AC;&#x2122;s fast becoming a forgotten war to younger generations of Americans. 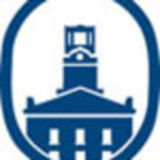