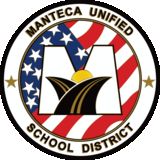 from The Mark Highlights - December 2019
by Manteca Unified School District

Juggling the rigor of the classroom and the competitive nature of the field and court, athletic scholars like Kaitlyn Rausa, Bradley Moorhead, and Holden Fishburn, find the balance between schoolwork and athletic activities, and excel in both disciplines.

Senior Kaitlyn Rausa, #1 singles player for Sierra High School’s Girls Tennis Team, rallied her team into the section championship game against Central Catholic. In a showdown between the last two VOL singles champions, Rausa played for her win at 7-6, 7-6 for both games, and the tennis team won Sierra High School’s first ever Sac-Joaquin Section Division IV team title. After celebrating their historic win, team captain Rausa, headed straight to the books before finally giving out and waking up bright and early for another eventful day.

Despite the stigma that athletes can only excel in sports, and academic scholars at schoolwork, Kaitlyn Rausa defines new borders unseen in high school society. However, Rausa confessed that managing her schoolwork and playing sports on the side is not an easy task. She said, “Maintaining my GPA while having tennis has been difficult, especially with having to miss school often due to traveling for games or VOL/section tournaments.”

When asked how she maintains an astounding 4.5 GPA while juggling tennis she said, “I just have to be persistent. Even when I am exhausted when I arrive home from a game, I push myself to still complete my work before resting. My studies are still a priority for me even with sports; we are called student athletes after all.”

Rausa has immersed herself in the sport of tennis for 7 years. Rausa says she began playing tennis at a very early age. It started as a fun activity her and her family played on the weekends. Soon, Rausa would join Northern California’s United States Tennis Association and play on the Junior Team Tennis league. She relocated to Laguna Creek Sports Club in Elk Grove and played in the same divisions offered by NC. She has been with them ever since. Rausa began realizing the impact of the sport on her and her family and the opportunities awaiting her outside of it, when she began winning titles through competing in tournaments and leagues.

At school, Rausa Is the president of National Honor Society: an organization committed to students who serve their community and maintain an overall 3.75 GPA and higher. Rausa also serves as secretary for California Scholarship Federation, and community service club, KIWINS. Rausa plans to pursue a career in the medical field, spending nearly 230 hours volunteering at the Doctors Hospital of Manteca, managing the front desk, and visiting and taking care of patients.

Playing the dual role of scholar and athlete is a challenging task. Both require copious amounts of time, effort, and determination. Rausa is not the only Sierra High School academic scholar who’s accomplished high level achievement on both sides of the spectrum.

Fishburn looks up to his football coach dad. He started playing football since the start of high school and since then, has committed himself to the sport all 4 years. He is an inside linebacker for his football team. Outside of his sport and schoolwork, Fishburn is a proud member of the Future Farmers of America Club and serves as an officer for the Farm Credit Association. He is also secretary for the Get Focused Stay Focused Program, an initiative designed to facilitate college-readiness skills to high school students.

Fishburn commented, “I have trained myself to simply be my best. Anything else is unacceptable. You can’t compartmentalize your life, you are either all in or all out.”

Bradley Moorhead’s position on his football team is left guard on the offensive line. Moorhead has played football since freshman year. A lifelong fan of the sport, Moorhead took a leap of faith in trying out the sport for itself. In doing so, he has been a major catalyst in the direction of his team’s successes.

He says, “My love for the sport as a fan sparked my interest to begin playing the great game of football!”

Moorhead is a student first and athlete second. He makes sure his schoolwork is taken care of before participating in any extracurricular activities. He is a member of National Honor Society, California Scholarship Federation, and president of the Fellowship of Christian Athletes Club.

Moorhead plays an active role in his community as member of Manteca Youth Advisory Commission. He volunteers at the local senior center and attends monthly board meetings where he has the opportunity to share his progress in the community with city officials.

Moorhead has been a Lobo Gold recipient for 5 straight terms. It is awarded to students who have

maintained a 4.0 GPA or better throughout the term. He is an awardee of the Coaches Award, endowed to him for his attitude and commitment during the baseball season.

By staying positive, focused, and always putting forth the maximum effort possible, Moorhead has been able to find success in both disciplines.

For athletic scholars like Kaitlyn, Holden, and Bradley, talent is found in persistence and dedication to their sport and their academics.

These athletic scholars have challenged perceptions of the typical scholar or athlete. In doing so, they have achieved what most of us would consider a near impossible task.

Kaitlyn, Holden, and Bradley contend that their dual involvement in both sports and academics, have shaped them into successful people, ready for anything life has in store for them.

Kaitlyn, Holden, and Bradley aim to pursue their sport in college. In the meantime, they are awaiting graduation day and are looking forward to a bountiful of successes in the future.

This story is from:
The Mark Highlights - December 2019
by Manteca Unified School District