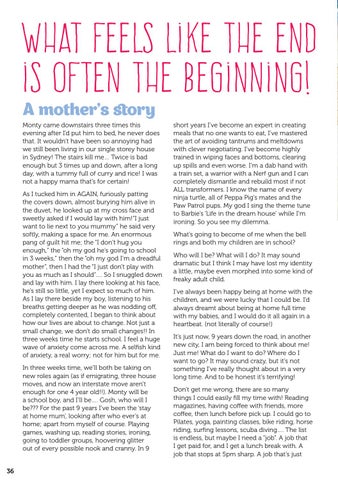 What feels like the end is often the beginning! A mother’s story Monty came downstairs three times this evening after I’d put him to bed, he never does that. It wouldn’t have been so annoying had we still been living in our single storey house in Sydney! The stairs kill me… Twice is bad enough but 3 times up and down, after a long day, with a tummy full of curry and rice! I was not a happy mama that’s for certain! As I tucked him in AGAIN, furiously patting the covers down, almost burying him alive in the duvet, he looked up at my cross face and sweetly asked if I would lay with him!“I just want to lie next to you mummy” he said very softly, making a space for me. An enormous pang of guilt hit me; the “I don’t hug you enough,” the “oh my god he’s going to school in 3 weeks,” then the “oh my god I’m a dreadful mother”, then I had the “I just don’t play with you as much as I should”…. So I snuggled down and lay with him. I lay there looking at his face, he’s still so little, yet I expect so much of him. As I lay there beside my boy, listening to his breaths getting deeper as he was nodding off, completely contented, I began to think about how our lives are about to change. Not just a small change, we don’t do small changes!! In three weeks time he starts school. I feel a huge wave of anxiety come across me. A selfish kind of anxiety, a real worry; not for him but for me. In three weeks time, we’ll both be taking on new roles again (as if emigrating, three house moves, and now an interstate move aren’t enough for one 4 year old!!). Monty will be a school boy, and I’ll be…. Gosh, who will I be??? For the past 9 years I’ve been the ‘stay at home mum’, looking after who ever’s at home; apart from myself of course. Playing games, washing up, reading stories, ironing, going to toddler groups, hoovering glitter out of every possible nook and cranny. In 9

short years I’ve become an expert in creating meals that no one wants to eat, I’ve mastered the art of avoiding tantrums and meltdowns with clever negotiating. I’ve become highly trained in wiping faces and bottoms, clearing up spills and even worse. I’m a dab hand with a train set, a warrior with a Nerf gun and I can completely dismantle and rebuild most if not ALL transformers. I know the name of every ninja turtle, all of Peppa Pig’s mates and the Paw Patrol pups. My god I sing the theme tune to Barbie’s ‘Life in the dream house’ while I’m ironing. So you see my dilemma. What’s going to become of me when the bell rings and both my children are in school? Who will I be? What will I do? It may sound dramatic but I think I may have lost my identity a little, maybe even morphed into some kind of freaky adult child. I’ve always been happy being at home with the children, and we were lucky that I could be. I’d always dreamt about being at home full time with my babies, and I would do it all again in a heartbeat. (not literally of course!) It’s just now, 9 years down the road, in another new city, I am being forced to think about me! Just me! What do I want to do? Where do I want to go? It may sound crazy, but it’s not something I’ve really thought about in a very long time. And to be honest it’s terrifying! Don’t get me wrong, there are so many things I could easily fill my time with! Reading magazines, having coffee with friends, more coffee, then lunch before pick up. I could go to Pilates, yoga, painting classes, bike riding, horse riding, surfing lessons, scuba diving…. The list is endless, but maybe I need a “job”. A job that I get paid for, and I get a lunch break with. A job that stops at 5pm sharp. A job that’s just 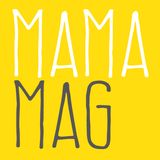