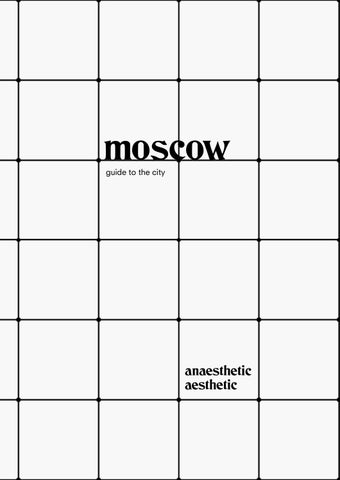 moscow guide to the city

fashion is my profession

ruins in the ruins

‘Are you bringing ruins to the ruins?’ says Emerson of the desire to travel. The strange attractor of experience. Produce, multiply, collect. Let’s share this one. Unable to cope? Feeling indecisive these days? Readymade - the environment convulses in Total Aesthesis. It’s not you that has to change, it’s things that have to change. Welcome to anaesthetic aesthetic.

Temporary relaxation, persistent desire. Excitation. Dissatisfaction. Return. You get the platform you deserve. Search for more. Autotherapeutics. Make sure to address the consequences not the causes. First-person industrial complexes. Disseminate drama. Excitate. Second-round funding secured - loneliness as a network. Тоска. An elegy for passion. Speedrun a hero’s journey. Drink black milk black lights. Blunt the edge. The way she moves.

Ok wait. Itâ&amp;#x20AC;&amp;#x2122;s the police that wanna stop the rave. Papers please. Someone throws a BRIC. End of the runway, learn how to die. Experience is overwhelming. Shrink the attack surface - to be affected. Mute. Go somewhere, experience something new. Zero comments. Scatterplot keywords, find the regression, ride the ascent. They didnâ&amp;#x20AC;&amp;#x2122;t engineer redundancy in the elevator. Cable snaps.

kremlin go-around Fences are the Moscowâ&amp;#x20AC;&amp;#x2122;s living artery, its essence. Almost never can you find yourself in a public space, especially on a square in the city centre, confronted with a challenge of having to chose a path to go. Fences guide you, guard you, both console you with a projected sense of security and reduce anxiety with limiting your routing options to usually one.

fayk faĂ§ades Lots of buildings are getting a makeover in Moscow. To keep on-goers from seeing the dismantled building facades below, giant screens cover the building fronts, with prints of the original facade below. Historical streets often have many buildings that are being renovated, so the screens are everywhere, and create an ethereal feel - almost like youâ&amp;#x20AC;&amp;#x2122;re walking in a small 3D model with printed facade elevations.

raw &amp; sterile There used to be Starbucks everywhere worldwide up until anti globalists brainwashed the rest of the population and now it has many names or no name at all but a very recognisible feel to it. Raw concrete walls, white tile with black grout, minimalistic furniture, neon.

rage rooms Rage Rooms, or “Fuck-it-Up-Rooms” (‘Rasfigachechnaya’), are the small spaces, filled with fragile objects, ready to be crushed and broken, inviting stressed citizens to take out their emotions on accursed soviet or office interiors.

“This is the place where office clerks, gentle sissies, harsh boys, luxury girls, noble gentlemen, and decent housewives let their wild, irrepressible essence frolic. This is a place where you can yell, beat, smash, cut, break and nothing will happen to you. This is the place where relaxed and funny guys come from, who have not even a hint of stress left. And we are all waiting for you on the bright side.” – says the official Rasfigachechnaya website.

baby blue We went to one Moscowâ&amp;#x20AC;&amp;#x2122;s main meeting points for gay men, but found no one in sight. We fired up Scruff, but the nearest guy was 657 meters away. As for Grindr, the distances are blocked in Russia. How do navigate this landscape?

Shows distance but the closest guy is kind of far away.

guns and/or self-defence While the Soviet infrastructure of social support for the population is dying out, trust in government services in Russian society is falling, people can only rely on themselves. The need to feel protected and the healthlife trend gave a rise of popularity for self-defense circles. Russian nationalists go to the traditional Russian camfight and boxing clubs, ranging from low-class to highly-intellectual, while the anarchists are sentenced to prison for joining the airsoft and combat training

circles. The state monopoly on violence is regulating the activities through the Criminal Code articles about the organization of extremist groups and about the excess of self-defense. The older generation is discussing if there should be a rifle in every countryside family as if they would be legal in Russia. Many still have the war weapons from Soviet times, prohibited then but still keeping in families. Lately, the weapon has been provided to Russia from the Donbass and other regions of Ukraine.

Sensory deprivation rooms attract tired Muscovites, whose energy is sucked by the big city, so they are ready to lie down in a white salt-water coffin in order to spend an hour without people and digital devices. Yoga centers and semi-gentrificated factories promise a range of sensations for those who donâ&amp;#x20AC;&amp;#x2122;t want to bother with mediations. They promise feelings that make all problems irrelevant, and fears and anxieties are insignificant. Feelings of lasting inner balance and comfort. Feelings of love for life. And then you can go back to work.

the .onion level Slipping away to the Internet-underground is a modern alternative to the direct expression of disagreement. Tor, bitcoins, and geo-drop trips are an integral part of life of almost any selfrespecting post-Internet person; acceleration for work and short-term outcome for the rest.

Against the background of rainbow capitalism, modern radical culture is thought to live on the .onion level. Escaping, forced to create their own languages â&amp;#x20AC;&amp;#x2039;â&amp;#x20AC;&amp;#x2039;and codes, forced to never see each other and permanently afraid of any police rustle or social attention. An owner of a telegram-shop, a pirate librarian, a young Nazi or an anarchist who is looking for a weapon or preparing explosives for a basic act of resistance to a police state â&amp;#x20AC;&amp;#x201C; what can they find just wandering around the markets of their digital world?

1. drugs These sites are mostly full of all kinds of drugs. From marijuana to ecstasy, from heroin to synthetic drugs. The buyer contacts the seller via an instant messenger with encryption enabled, pays for the goods via the bitcoin, and gets the location of the geodrop, or “zakladka” (literary “bookmark”). For Russian hikkis, this is a rare opportunity to leave the house and explore the city. They never meet the sellers personally, and only have to find the “klad” (treasure) in the most random places of Moscow. This setting provides with anecdotes about losers who dig in the mud to get the product.

[at first there was a quest to climb over the fence, now it is necessary to climb a ladder to the pole, it is too much. The answer: the quests are over]

2. digital goods The possession of information that others do not have access to may have a kind of therapeutic effect for many. Such an exercise as non-pushing, that is, searching the network for files that are not indexed by ordinary search engines, allows the user to calm down the internal conspiracy and reduce the level of anxiety. There are plenty of hacker sites and resources with other illegal goods and services. For example, you can buy fake documents, an anonymous SIM card, order an attack on a server, or buy an opportunity to track a specific car through surveillance cameras.

3. crypto Telegram’s planned entry into the cryptocurrencies and blockchain market inspires many propagandists of an anonymous and free future, implementing the situation from the manifestoes of the crypto-anarchists of the 1980s. However, the growing control of states and vertically organized corporations over “cryptoworld” may indicate something else. The integration of new technologies into the world order under construction is coming, with its unprecedented “transparency”, which boils down to general surveillance and diverse people’s dependencies on the services of large companies and the state, dragging them into their systems of normalization, regulation, and management.

slowing down on speed As a result of the United Nations 1971 Convention on Psychotropic Substances, amphetamine became a schedule II controlled substance, as defined in the treaty, in all 183 state parties. Consequently, it is heavily regulated in most countries. Some countries, such as South Korea and Japan, have banned substituted amphetamines even for medical use. In other nations, such as Canada (schedule I drug), the Netherlands (List I drug), the United States (schedule II drug), Australia (schedule 8 ) Thailand (category 1 narcotic), and United Kingdom (class B drug), amphetamine is in a restrictive national drug schedule that allows for its use as a medical treatment. In Soviet Russia, the amphetamines werenâ&amp;#x20AC;&amp;#x2122;t officially prohibited. Nowadays they are illegal, so the visitors of Moscow, as well as always-busy-locals, who donâ&amp;#x20AC;&amp;#x2122;t want to use the .onion-level routes or semi-legal pharmacies, are looking for legal alternatives, helping themselves with combinations of coffee with nootropics. 34

ig-daughter-wife In the summer months, Moscow lights up. One striking feature is the number of parents who take photos of their kids. There is a true â&amp;#x20AC;&amp;#x153;photoshoot cultureâ&amp;#x20AC;? here. Moms participate in photoshoots of their daughters, who post on Instagram and garner as many likes as possible. Some photos find their way on dating apps.

keep calm and... Industrial design burst onto the scene as a giant consumer affordance, enabling the accelerated penetration of consumptive aspiration in everyday spaces. Deeper and deeper it went, but as it tore up practices of care and inheritance, the anxiety it turned into an externality needed to be blunted. Semiotic layers of cuteness, kitchy objects, flesh-colored stress balls, coloring books kept inside of lines. These objects become global, relying on a frictionless, cultureless surface, nevertheless fish for traction wherever they land.

fashion is my profession Fashion week in Moscow is just like any other week in the world: busy, leet and everyone want to get the front row.

Moscow placed itself on the map as the fifth Big Bro in a fashion world this year by walking the runway in neon green shoes (made by Russian/Italian student designer collaboration) minutes before Balenciaga post from NYC with a slight difference of them being taller.

feeding animals Feeding animals in the big city has an effect of being close to nature without all dirty circumstances. You don’t keep them, you don’t know them, you don’t watch them getting older and dying, you only show your goodness to yourself and others. Petshops give all the possible pet food, while old babushkas just share their sunflower seeds «semechki» with birds. Although it is totally prohibited to feed animals in the Big Moscow Zoo, visitors keep doing it just to feel the connection to nature, to interact with something alive but safe enough.

farewells A whole era comes to an end with the closing of a few local clubs this months. Local rave shop reflecting

Stressed of Facebook, Twitter, Instagram and hope that someone, somewhere cares. Stressed of your future We chose not to be stressed of life: We chose something else. And the reasons? There are no reasons. Who need reasons when youâ&amp;#x20AC;&amp;#x2122;ve got aesthetic anaesthetics.

Anaesthetize with the same white tile wooden table unique coffee shop whenever you go. Anaesthetize with dark wood low light craft beer pub filled with IT bros. Anaesthetize with chinese, italian, thai, american, whatever the fuck cuisine to make you forget what city you woke up in. Anaesthetize with trendy fashion shows, alpacas, capybaras or whichever this season is the hottest animal in the zoo. Anaesthetize with amphetamine, ketamine, mephedron, gay bars, deprivation cameras, rage rooms, surround yourself with an endless labyrinth of fences to minimize the number of routing choices you have to make till the rest of your exciting life.

The project above is the new guide to Moscow. Unlike usual guides, that follow an established categorisation and classification to encourage visitors to explore the city more, this guide's mission is exactly the opposite: to help the reader to explore the city less, to provide an array of aesthetic options to anaesthetise oneself from it. 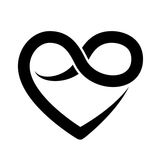 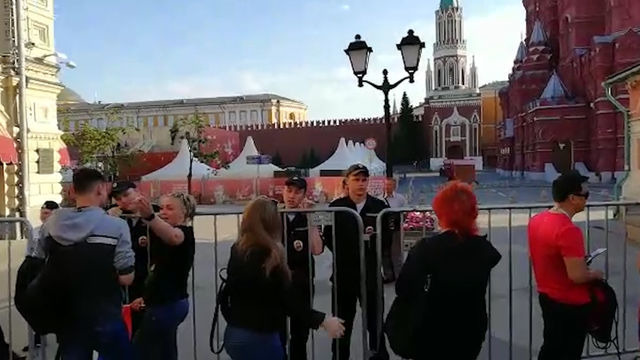