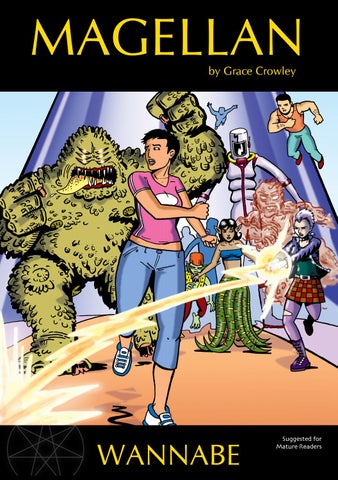 MAGELLAN Part 1: Wannabe Not another @#$%ing superhero comic! Yeah, I know the genre’s been done to death, and then some. But as far as comics are concerned, it’s a first love for me. As a kid I always wanted there to be people out there that could fly, stop trains in their tracks and beat the crap out of evil do-ers. Possibly I didn’t get out much, but that’s another story. Originally launched as a webcomic on March 7 2004, Magellan ties together a number of loose threads for me - old ideas and new ideas and ideas that evolved as I worked with them. When I first started the concept for this comic, its scope was much, much smaller than what it has become. Kaycee Jones didn’t exist in the original treatment and yet, somehow she has become one of the central characters. As have others, and I hope their stories, as they unfold over the following pages, are entertaining and prove there is still a bit of life left in the superhero genre. One of my fave scenes in the X2 movie was when Logan and Bobby Drake chatted over a root beer in the x-mansion kitchen (before all hell broke loose!). I prefer ‘Slim Jim’ depictions of Cyclops and Spiderman rather than mega-muscular versions. I kinda think skimpy costumes on jumbo breasted women serve no practical purpose. Some of my favorite Batman books are the ones that aren’t directly about him (and no, I’m not being sarcastic, I dig Bats) - especially the sadly defunct Gotham Central. I love comics that can mix humour, action and real human relationships and emotions. I don’t know how much of a picture this paints about where I might be coming from with Magellan but these concepts are pointing me in that direction. I might add at this point that Magellan was around well before Sky High and Avengers Academy, but (obviously) not before the X-Men. Conceptually Magellan actually owes a bit more to Hogwarts than Charles Xavier’s School for Gifted Youngsters. The original concept was for a school where the aspiring superhero could study everything about being a superhero... and then it grew into something more than that, more like an entire publishing line/universe squashed down into a single title.

Wannabe collects together the first sixty pages of Magellan originally serialised online, along with a ten page history lesson. If the variety and number of characters gets a bit overwhelming you are welcome to head over to magellanverse.com/cast which might help to set things straight (be warned, it may contain some spoilers). I’d like to acknowledge George Ingham for the inspiration his beautiful design work gave me to strive to make Magellan more than the sum of its parts, and Kate Shaw for her support and enthusiasm for this project during its genesis. I’d also like to acknowledge that the cover of this edition was directly inspired by (that is, ripped off from) Walt Simonson’s iconic cover for Uncanny X-Men #171. Since Magellan had started life as a webcomic there was no cover image for it initially - when it moved to GraphicSmash.com there was a requirement to provide one and I was never happy with the one I produced at the time. When I first contemplated publishing this chapter some years ago that X-Men cover seemed like a good starting point; I just hadn’t realised that this iconic cover - and it’s tag-line “Welcome to the X-Men, Rogue... hope you survive the experience!” - had been referenced and tributed to death. My fellow Graphic Smashers weren’t impressed and gave me a fairly unflattering assessment (probably deservedly so). But here’s the thing, I unashamedly have to say I really liked it and still do, so it’s the cover I’ve gone with (minus the tag-line)... thank you, Mr Simonson! Please enjoy Wannabe! Grace Crowley August 2020

Magellan: Wannabe - first published May 2012 This edition (electronic) - August 2020 This comic contains pages of the webcomic Magellan originally serialised between March 7 2004 and December 30 2004 at magellanverse.com ISBN: 0-9581299-0-8 Concept, story, art and layout design: Grace Crowley Copyright: All material in this publication is copyright © 2004-2020 xmung/Grace Crowley. All rights reserved. No part of this publication may be reproduced, stored in a retrieval system, or transmitted in any form, or by any means, electronic, mechanical, photocopying, recording or otherwise without the prior written permission - except in the case of reprints in the context of reviews. More info: post: xmung, PO Box W73 Westfield, Parramatta NSW 2150, Australia email: xmung@magellanverse.com web: magellanverse.com Nitty gritty: Names, characters, places, and incidents featured in this comic are either the product of the author’s imagination or are used fictionally. Any resemblance to actual persons (living, dead or superhuman), events, institutions, or locales without satiric intent, is coincidental. ii

Time for a History Lesson! Having spent the previous 60 pages setting up the groundwork for Magellan and dropping in various clues, hints and characters, I figured it would be useful to delve into the broader concepts behind the universe with the following potted exploration into its historical background. One of things I always found fun about superhero comics was their canon; events that had transpired in earlier issues and which had subsequently accumulated into a rich, albeit sometimes contradictory, tapestry. Since Magellan was the story of a trainee cadet within a firmly established superhero environment I wanted there to be some sense of what had preceded the arrival of Kaycee Jones and her fellow cadets onto that scene. What was the pre-existing legacy? Who were the current heroes? Who were the heroes before them? Where did some of the more bizarre creatures seen in the first chapter come from? Why does the Magellan Academy exist? How did Magellan die? The â&amp;#x20AC;&amp;#x153;video formatâ&amp;#x20AC;? of this historical overview was used as a means to formally introduce the members of Force Magellan - the current preeminent heroes within the Magellan hierarchy - all of whom were seen briefly near the end of the last chapter. Whilst some of the details discussed in the history were brought to light in the preceding chapter (the death of Magellan, for example) much of what is revealed over these next few pages will be new information: the Golden Age Victorious for example. Others concepts, seeded into the previous chapter, are fleshed out a bit more here - a look at the elder members of the Academic Council in their International Justice Force heyday being a case in point. A lot of concepts and characters and creatures are outlined here - some are taken up in greater detail in upcoming chapters however many are still waiting for an opportunity to be examined further. I find that Magellan is a nicely organic project - the history is defined enough to provide a framework to grow from but is not yet so fully fixed that it prevents new surprises from turning up when needed.

The story continues...MagellanVerse.com There are over one thousand pages of Magellan stories available online. If you enjoyed this book youâ&amp;#x20AC;&amp;#x2122;ll want to read the rest by cartoonist Grace Crowley. MagellanVerse.com

Redux: or, Whatever Happened to Gola Beh?

When your classmates have kickass superpowers and you don’t, fitting in at Magellan Justice Academy isn’t going to be easy... just the kind of challenge Kaycee Jones is looking for! Where old, current and future heroes from around the world mix with creatures and aliens not of this world or dimension; where magic, science and the supernatural are all in a day’s study - the Academy is a legacy of the long dead superhero Magellan and all the cadets have massive expectations to live up to. Wannabe is the first in a series of Magellan stories - it introduces the characters and the world they inhabit. Kaycee quickly discovers that her biggest enemies might be her very own classmates! Written and drawn by Australian cartoonist Grace Crowley and originally serialised online, Magellan has been delighting many, many readers around the world since 2004.

What the interwebs &amp; readers are saying about Magellan “Even if you’re not a fan of superhero comics, you’ll very likely enjoy the keen story, the pleasant visuals, and the engaging characters. If you are a superhero comic fan, chances are that you’ll really dig what Magellan has to offer you – a new take on an old concept, which is a breath of fresh superhero webcomic air.” Comixtalk.com “I’ve always loved good stories about ‘superhero schools’, and Magellan is a fascinating world, well-paced, and well written. It’s one of my favorite webcomics out there. Thank you for creating such a fascinating world as Magellan! Natasha “Super-kids and super-schools have been done before, but Crowley’s personalized take is a welcome change with a distinct flavor... if you find yourself needing a fix of Avengers Academy-lite—that’s a compliment— Magellan’s your online destination.” ChampionCityComics.com “Superhero action is somthing like candy to me and you have done it very nicely. Creating an absolutely new super-world couldn’t be easy and yet you managed to do so. And I love the aspect of ordinary human joining the army of super-people.” Joseph

When your classmates have kickass superpowers and you don’t, fitting in at Magellan Justice Academy isn’t going to be easy... just the kind of challenge Kaycee Jones is looking for! This volume reproduces "Chapter 1: Wannabe" (60 pages) plus "A Brief History of the Magellanverse" (8 pages), along with an author intro and some additional artwork. Magellan is rated PG 13+ ... contains some swears, violence and nudity and is recommended for mature readers. 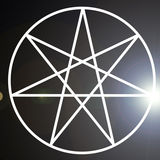 When your classmates have kickass superpowers and you don’t, fitting in at Magellan Justice Academy isn’t going to be easy... just the kind of challenge Kaycee Jones is looking for!