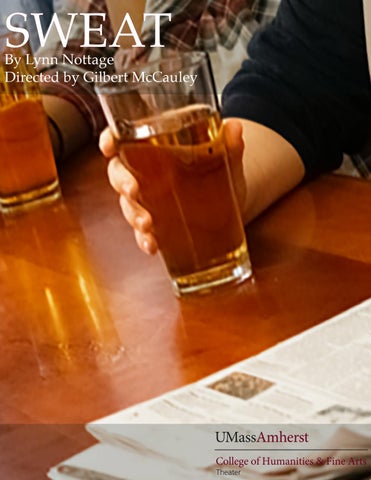 Nearly two decades after the year 2000, when Sweat begins its story, this question seems to underscore every news article, social media post, and late-night recap as we scroll through our daily feeds. “How did we get here?” “What went wrong?” “Did no one see this coming?” “What happened?” The very origin of Sweat, in fact, is rooted in questions: Nottage spent two years interviewing residents of Reading, PA after The New York Times reported in 2011 that the town was officially the poorest of its size in the United States. As Nottage and her team of researchers conversed with Berks County locals and explored the once-thriving manufacturing town, they uncovered the human stories behind the front-page headlines. The fictional residents of Nottage’s play are radically impacted by world and national events, but they aren’t personally concerned with stock market numbers or presidential debates; rather, their lives revolve around weekly paychecks, keeping up with the mortgage, nursing injuries, looking after family members and friends. In rehearsal, as we reflected on the worlds of 2000 and 2008, we were struck by how quickly events slip from our consciousness, at how difficult it is to be a citizen of our country and world when our lives are so overwhelmed with the need to simply survive.

With this booklet, we invite you to revisit the early years of the millennium through the lens of Berks County, southeastern Pennsylvania. Each article is printed with permission from The Reading Eagle (the newspaper from which Nottage selected the news headlines featured in the play) and prompts us to consider the micro stories embedded within the macro headlines. As you navigate these pages, we invite you to ask yourself the following: • What are your “I remember where I was” moments? What memories do they spark? • How do the macro events along the timeline relate to the micro newspaper stories? • How did these events directly impact me? My family? My community? • How have these events repeated themselves in the years since?

• How are these headlines specific to a community and universal to a larger narrative? • How do each of these years (and in turn, 2019) fit into the broader scope of history?

A news article inspired Lynn Nottage to explore individual stories within the context of a national narrative — we invite you to do the same.

“I find that I am rescuing voices from history.”

ynn Nottage was born in 1964 in Brooklyn, New York. She received her BA from Brown University and her Playwriting MFA from Yale University. After graduating, she worked in the press office of Amnesty International for four years. Selected plays include Sweat (Pulitzer Prize, Obie Award, Susan Smith Blackburn Prize, Tony Nomination, Drama Desk Nomination), By The Way, Meet Vera Stark (Drama Desk Nomination), Ruined (Pulitzer Prize, OBIE, Drama Desk, Outer Critics Circle Award), Intimate Apparel (American Theatre Critics and New York Drama Critics’ Circle Awards), Fabulation, or The ReEducation of Undine (OBIE Award), Crumbs from the Table of Joy, and POOF!. She developed This is Reading, a performance installation based on two years of interviews, at the Franklin Street, Reading Railroad Station in Reading, PA in 2017. She is cofounder of Market Road Films and writer/producer on the Netflix series She’s Gotta Have It, directed by Spike Lee.

Dec. 30, 2006 Saddam Hussein executed at Iraqi army base in Baghdad 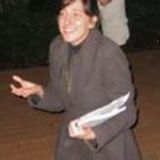