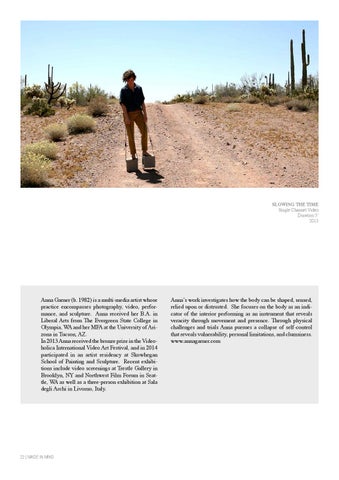 Anna Garner (b. 1982) is a multi-media artist whose practice encompasses photography, video, performance, and sculpture. Anna received her B.A. in Liberal Arts from The Evergreen State College in Olympia, WA and her MFA at the University of Arizona in Tucson, AZ. In 2013 Anna received the bronze prize in the Videoholica International Video Art Festival, and in 2014 participated in an artist residency at Skowhegan School of Painting and Sculpture. Recent exhibitions include video screenings at Trestle Gallery in Brooklyn, NY and Northwest Film Forum in Seattle, WA as well as a three-person exhibition at Sala degli Archi in Livorno, Italy.

Annaâ&amp;#x20AC;&amp;#x2122;s work investigates how the body can be shaped, sensed, relied upon or distrusted. She focuses on the body as an indicator of the interior performing as an instrument that reveals veracity through movement and presence. Through physical challenges and trials Anna pursues a collapse of self-control that reveals vulnerability, personal limitations, and clumsiness. www.annagarner.com 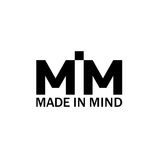 Made in Mind Magazine