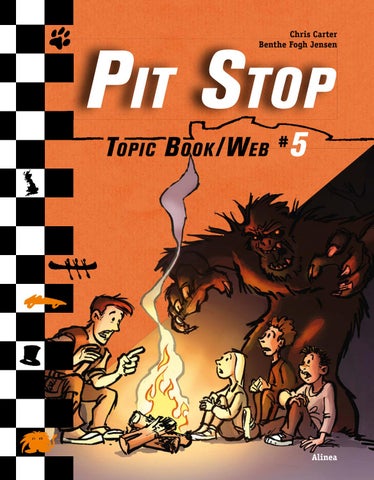 Welcome to Pit Stop #5! With Pit Stop #5 you get this Topic Book and a website with recordings, copy sheets, links, etc. etc Hello! This book has 6 fantastic topics. Hope you en joy them! The Topic Book is full of texts and pictures. The basic texts are for the whole class to work with. But there are more texts. Look for: This is the symbol for extra texts. Some are easy, some are difficult. It’s your choice! The website has recordings of all the texts. You can fill out your copy sheets online and share them. You also have access to links and an online version of My own Dictionary. Don’t forget to listen to Tam’s Tricks! I’m the happy end of each topic. Use your Task Book to help you learn more from this book. Enjoy!

41 Are you a Changeling? 42 Tam’s Tricks: Attack of the Leprechauns

The most popular racing in America is called Nascar Racing. Nascar cars look (a little bit) like normal streetcars but they are not at all normal. Let’s look more closely at some of the differences …

The Team The Drivers Nascar drivers know their cars, know the tracks, and know how to race. They are quick, fit, and focused. But they can’t win alone. It takes a team to win a race. 8

The pit crew works in the pit stop to keep the car in top gear during the race. Mechanics work in the garage to build, and often repair, a winning car. High above the stands, a spotter watches all the cars in the race. He helps the driver decide the best strategy to use.

The winning car crosses the finish line. The track is clear, the race begins.

Caution, slow down and stay behind the pace car.

The track is unsafe, cars must go to their stopping places.

In big Nascar Races the cars have to make pit stops to refuel, change tires, and make quick repairs. Pit stop crews work super fast to get their car back on the track. The faster they work, the better their chance of winning is.

Spotter: Your back tire is smoking. Quick, you need a pit stop! Pit Boss: Get ready boys, he’s coming in! Spotter: You’re not going to make it around again! Pull in now. Driver: Okay, here I come! 9

Facts on Formula One

Danica Patrick started go-cart racing when she was ten years old. She was usually the only girl on the track. Some of the boys didn’t take her seriously. By the time she was 11, those boys were eating her dust. At 13, Danica was winning carting championships all over the USA. At 14, she was winning over 79 percent of the races she entered. Her first race in a real car was in England when she was only 16. That same year she went to the Formula Ford Racing School in Canada. In 2005, Danica was named female athlete of the year by the USA Today and the US Sports Academy. 10

Formula One, also known as Grand Prix racing, takes place in many different countries around the world. You have probably seen some Formula Racing on TV. The cars are super fast. They often drive at more than 300 kilometres per hour. Drivers get points for winning or finishing races. At the end of the Formula One season, the driver with the most points is the champion.

The Dakar Rally Motorcycles, cars, and trucks! All racing through Europe and then Africa’s great Sahara Desert! Who will be the first to reach Dakar?

Mark’s father Alex is a mechanic in Leeds. Once a year, he and his colleague John, leave their shop (and the same old boring twenty minute drive to work) to take part in one of the world’s greatest (and longest) races! Alex sends text messages to Mark via his mobile.

My First Win by Darrell Crews

I got my first motocross win today. I’m 12 years old and I’ve been motocross racing for three years. I won on my new bike. Maybe Mom is right. Maybe this bike is too big for me, but I won. I really won!

I’ve showered off all the mud. Now I’m lying here in my clean pyjamas. The race keeps running through my head. I had a great start. Dad said I won the race right then and there. I headed straight for the first curve. I rode like I was the only one on the track. It was great being out in front. I really hate getting a face full of mud from someone else’s back tire.

I almost lost it on one of the jumps. I gave it too much gas. I flew off the top of that hill. I really flew. I’m so lucky I didn’t crash. After that I felt pretty good. I was ahead for most of the race but then someone caught up to me. I could see it was a little guy. He was one of those little hell-onwheels types. No fear at all. I couldn’t shake him off. I was still in front as we hit the last curve. But then I slid sideways and the other rider was right next to me.

I leaned forward. I went as fast as I could. And then it all came together. My new bike roared, my back tire dug in, and I zoomed away from Little Hell-on-Wheels. I crossed the finish line five feet ahead of him. I looked back to see if it was really true. Did I really win? Then I saw my mom and my sister jumping up and down. My dad and Uncle Jed ran onto the track. Dad bear-hugged me and lifted me right off my bike while Uncle Jed pushed it over to our truck. I really had won! Now I have to get out of bed. I have to hold it one more time. Yes, here it is – my first motocross trophy – the first of many, if I have it my way. 15 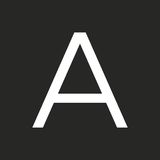