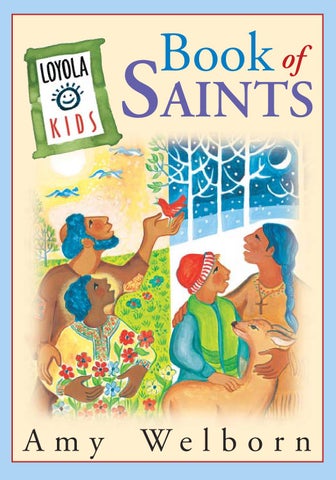 SAINTS Who are the saints, why are they important, and what can we learn from their lives and actions? This inspiring collection of saintsâ&amp;#x20AC;&amp;#x2122; stories explains how saints become saints, why we honor them, and how they help us even today. Featuring more than sixty saints from all over the world, Loyola Kids Book of Saints introduces children to these wonderful role models and heroes of the church.

Friends are really important, aren’t they? We do lots of things with our friends. We play games, we go to the movies, and we do school projects with our friends. We have sleepovers and join the same baseball or soccer teams. We also talk with our friends. After all, how in the world can you be friends with someone if you don’t talk to each other? It’s the same way with God. If we want to be friends with God, we have to talk to him. We have to listen too. That kind of talking is called prayer. Prayer is a lot like friendship. As you grow older, friendship changes. When you’re little, you and your friends don’t do much more than get together and play games. When you get older, you do all of that and more. Talking and listening to each other, helping each other with problems, and just wondering together about all the weird stuff that goes on in the world are all great parts of friendship. Prayer changes too. When you’re little, most of your praying is talking to God in words you’ve memorized. There’s nothing wrong with that. When you’re eighty years old, you’ll still be talking to God that way, getting close to God by whispering words you learned when you were five.

But there’s more to your praying. The older you get, the more you see that when you pray, you don’t just talk to God. You listen. And when you get right down to it, what you’re really trying to do is just be with God and be filled with his love. Sound hard? Well, it’s harder than making a sandwich, but it’s not much harder than forming a really close friendship. Lots of people have done it, and lots of people have spent their lives helping others learn how to do it too. Teresa of Ávila was one of those people. Now, if you’re thinking that someone who knows a lot about prayer must be a boring person who sits in a room all day with her eyes shut, think again. Teresa of Ávila was anything but that. From the very beginnings of her life in the town of Ávila, Spain, Teresa was full of energy. One day, when she was only about seven years old, Teresa had an idea. In those days, many Christians in Spain were still afraid of people called Moors. The Moors lived across the Mediterranean Sea in Africa, and for hundreds of years, the Moors and the Spanish had been fighting. Little Teresa had heard many terrible stories about how the Moors treated Christians, but she wasn’t afraid of them. In fact, she thought it would be marvelous if she and her brother just went to Africa to tell the Moors about Jesus. It didn’t bother her one bit that she might get killed. She liked the idea of giving her life for Jesus. Her brother wasn’t as excited, but he went along anyway. They packed sacks with bread and a few other supplies and started on their way, through the narrow streets of Ávila, out through the city gate (most towns were built with walls around them at that time), and along the rough dirt road that led south. Of course, they didn’t get very far. Before long, their uncle dashed after them and brought the two children back. Teresa’s brother didn’t hesitate to put all the blame on her.

But that probably didn’t bother Teresa. She was ready to work hard for God, no matter what people said. Teresa became a nun when she was just twenty years old. In those days, many nuns in Spain led pretty easy lives. For a long time, Teresa was happy with this. But as she grew older, she began to pray more and draw closer to God. Her time with God could get so intense that if other people were around, Teresa wouldn’t know they were there. All she would feel was God, and sometimes, deep within her heart, she would see Jesus, Mary, and the angels as well. By the time she was about forty years old, Teresa’s praying had helped her see that the life she was leading was too easy. She believed that God wanted her to lead a simpler life. So Teresa left her convent and started a new one. She and her sisters lived very humbly, saw few visitors, and spent a great deal of time studying and praying. Teresa even wanted her sisters to dress more plainly, so they agreed to not wear shoes! This was a tough sacrifice, especially in cold winters and hot summers and on rocky Spanish soil. After a short time, the sisters began to wear sandals, but this was still a much harder life than most people, even most nuns, lived. Teresa worked very hard. She kept traveling around Spain even though she was in poor health and even though many people, including church leaders, opposed the changes she was making. She founded new convents almost until the day she died. How did she do it? First, Teresa was happy and had a sense of humor. Once, her carriage broke down, and she was thrown outside into the rain and mud. “If this is how you treat your friends, no wonder you have so few!” she said to God.

Second, Teresa and God were best friends. (That’s why she could say things like that!) We’re lucky because Teresa wrote several books explaining how we can all be best friends with God. Teresa explained this using words and stories that anyone could understand. She wrote many books, and in one of them she said that letting God into your heart is like letting him plant seeds in your life. When we pray and help others, we help the seeds grow. In another book, Teresa said that becoming friends with God is like walking through the rooms of a house. God is in the innermost room of the house, calling you to come to him. The outer rooms are filled with all kinds of things—like spider webs, snakes, and darkness—that can prevent you from hearing his voice. If you want to reach the place where God is, you have to get past the dangers in all of those other rooms first. What would we do without friends? And what would we do without people like St. Teresa of Ávila, the woman who taught us how to be best friends with God? St. Teresa of Ávila taught us what prayer really is: being with God, our best friend. When you pray, what do you do? Are you talking and listening to your best friend?

In this excerpt from the Loyola Press book, Loyola Kids Book of Saints by Amy Welborn, introduces you to St. Teresa of Avila and her influence on us today. 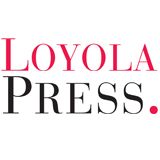