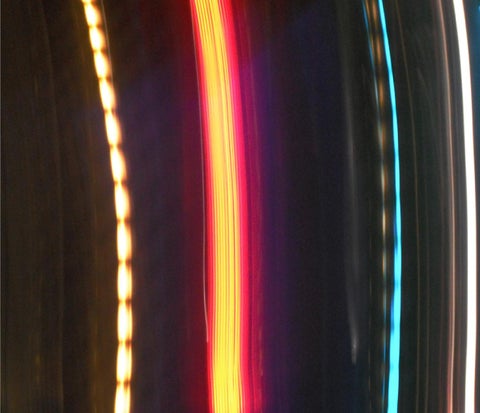 at the tender age of 53, i have come to some logical, honest conclusions regarding my relationship to the work i create.

through my academic pursuits, my professional career as a world-renowned designer and information systems technologist, and rigorous personal pursuits that steep me in the deepest pools of design thought and the passionate, critical, ongoing, international conversation that is new media design — I have decided that old media is for pussies. futhermore, my decision therefore boldly proclaims that the penultimate form of creative expression — the most beautiful interpretation of our holistic and cosmological ecosystem of living matter and the data that surrounds us — the best tool built to properly leverage important matters regarding information and the collective postmodern soul — is new media.

only by studying the dynamic, reflexive order of society and our devices — only through further invention and progress — can we better under-

i tried my hand at virtually all the other available mediatypes and quite frankly they all leave me wanting more. As a child I developed a quick and dirty passion for the art of drawing. i invented characters and worlds that all imitated the visual forms found in both the natural and unnatural worlds. schoolchums would request brilliant little gesture drawings or carica-

stand our history as a people and grapple the nearly unfathomable union between man and machine, and thereby understand the singularity and our evolutionary destiny.

against old media tures from me to bring home to their Mums and Dads. Teachers drooled at my ability to layer forms and depict spacial depth through self-invented smudging and linear passages reminiscent of the sfumato techniques from European Rennaissance paintings. Parents and relatives took my supernatural mad drawing skillz for granted — ofttimes plastering foyers, halls and other quotidian interior spaces with my masterful portraiture and liquid depiction of landscapes without realizing the potential monetary revenue these pieces could draw from the rich fatcats living up the street from our veryOwn, quaint suburban hometown just outside of Brussels — such foolishly squandered opportunities to profit from my mere beginnings in old media. Shame on them. A quick note: drawing with the pencil on paper only provided a starting point for my curious nature when it came to markmaking. I worked with every drawing tool, raw material and available surface known to the universal artist. Charcoal on the dried hide of a deceased lamb — blood, semen and piss across fine and taughtly pulled egyptian silks and linens — crushed baby frogs and millipedes smashed and twisted into the sanded-down face of nepalesian mahogany planks — even puréed tripe and fish innards aggressively splashed across the monitor of 5 broken etch-a-sketches sitting on a

delicate sandcastle out on a peruvian beach on a semi-cloudy midAugust day — I would leave unturned no combination of tool, surface or style.

And then I turned 4. Bored with drawing and especially tired of the limitations of this medium, I began to paint. Watercolor, oil, egg tempera, acrylic — all of these new media changed the way I thought and how saw the world. Drawing died. Painting took me someplace else — someplace new, exciting and far more colorful. My favorite new approach to image making included wet on wet oil mixed with linseed oil and coffee grounds applied to a smooth but gritty lightly-primed canvases. I built the composition now in layers. Sometimes the work derived from rough sketches or poems I scratched out on scraps of CVS receipts or across the back of junkmail. But most often, the work came together in a bouyant, improvisational manner, perhaps borrowing from the quasi-spiritual, channeled methods of Jackson Pollock or Sol Lewitt. My work became more and more abstract, expressing a feeling, or rather an evolution of my feelings. Some of the series I created received modest but impressive recognition from secret European art societies and local libraries. I really impressed myself and continuously pushed the medium until I became

bored with the confines of a rectilinear compositional edge. At 6 and a half i dug in — researched and actively pursued other forms of painting. the tondo became my obsession for a while, specifically using an oval or circular shape to paint on — this new form suspended by rope or glistening cold chains from the ceiling. i considered augmenting the potential for narrative by utilizing both sides of these coinlike painting objects. as inspired by High Baroque Architecure and the works of Robert Rauschenburg, i began to adhere physical found objects to my paintings to act as a liminal device, pulling the viewer deeper into my art objects — better reaching out to the viewer through psychological association and more sculptural and spacial engagement. My work then evolved beyond the suspended circle. some pieces took on free-form silhouette, using a base of glued wooden shapes, a thick frosting-like smattering of modelling paste and more assemblaged random and found elements. other pieces stood on their own. i incorporated fabric and collections of items to build installations and set-like spacial arrangements. As I talk about the work now, this latest evolution from old to new, I can almost feel the work beginning to stand erect

all on its own — animating up. oh here, i found some 8 x 10 prints under the coffee table from a performance from around that time. I think I might’ve been 8 at the time. i can’t recall his name now. ah, its not important. But this one played atonal arpeggios on the autoharp while i tapped out some minimal percussion and recited spokenword. the entire space, a glassfront room, i covered with newspapers collected from the previous months. the world of the news, both good and bad, hid the performancespace, arranged with painted and sculptural objects, from other students that passed back and forth outside the room throughout the day. But the performance, once revealed, with all of its technical accoutrements ( sound art on cassettes, minor low fidelity spot lighting, printed fictions and poetry mounted and placed throughout the installed set ), became the culminating focus. This new media replaced, yet simultaneously consumed, all previous incarnations of my personal expression.

At the tender age of 10 I packed up and travelled for several years. on my journies following those treasured years of artistic academia i was unable to continue the tra-

against old media dition of producing much of the largeScale, unwieldy work in painting and installation I felt accustomed to. I could neither keep up the momentum nor garner the studioSpace necessary to simply follow my natural flow. And this might have been a blessing incognito. I had to think more nimbly. Act on my feet. Simplify my set of tools and techniques. My new mode focused more purely on performance art. At this time I also started to design for the world wide web and other onscreen delivery vehicles. But the work nearest and dearest to my heart involved persona and play. I would perform on a stage, if such amenities were available. But ofttimes I used the world itself as my stage. Now — instead of getting in that creative zone that accompanies the more traditional arts of painting, drawing or writing — I would simply summon that same spirit into my own interactions with the world. I became my own tool, so to speak. I became the medium. I gained invaluable qualitative insights into the boundaries between fiction and fact — the unreal and the real — as perceived by others. And the truth is, it takes very little in the way of resources to conjure the unreal and make truly unbelievable things happen.

By assuming alternate persona I can, at once, bring a smile with simultaneous uncertainity and discomfort. I can break the ice and then chew it up if needed and spit it on the floor. Mythologies can be instantly and improvisationally delivered on the spot, no click of the mouse or tap of the thumb needed.

Ridiculous scenarios unfolded through spoken word. I could turn the table and decide to reverse roles, start to stalk the stalker — watch the watcher. The worthless timesuck that most corporate environments stick to the neck, eyes and forehead like rotten leeches could be fictionally alleviated through stories of stealing back time, sneaking into the ice cold server room to write down inspired passages of poetry. I could even found and lead an international anti-spam organization that could pre-emptively stop unwanted electronic mail right at the source prior to sending — that source being, as revealed through these dryly delivered, only semi-funny monologues, the quaint New England town of Billerica. I would like to say I had something up my sleeves. That I had a clever disguise to help make the magic happen. But my pathetic adventures as a

lonesome anti-hero that discusses mundane aspects of our daily life with a twist of the paranoic quickly revealed how easy it is to fool the general masses, unveiling the delicate nature of our belief systems and desires.

We want to believe. We want to trust. We are mad fools in the world, looking for meaning that is mostly fabricated for us. We all have the capactiy to fill in the missing blanks for others. To create meaning, quite literally, out of nothing. From thin air. Air is my new media. Air and belief. there are stories residing in sidewalk cracks for the opportunistic scam artist or for the new age storyteller. social systems and the need we all have to magically heal all of the missing components of the story. Religion used to help build reasons for the unexplainable. We are all in search of meaning. and now i want to fill in those spaces with beautiful fiction — strange and wonderful lies that might leave people with a reawakened sense of magic. i now want to create

experiences that go a bit beyond performance art. People trust the magic in the machines we utilize on a daily basis. and the perception of what machines can and cannot do — but mostly can do — is an area i want to exploit to help imagine new, unimagineable possibilities in design and technology. Yes, its true — I want to pretend a bit. to make believe truly wonderful and bizzarre things can happen due to technology. Perhaps i will simulate a cure for papercuts through sleight of hand — or through cameratricks in simulation. Maybe a new form of esP could result from innovative advancements in microprocessing. Or maybe, just maybe, we’ll discover new dead ends — interesting limitations — to the code and disembodied data we’re now embedded in. I just pray that at the end of the day our definition of what’s new or old doesn’t leave all of our wonderful wetware remains lost somewhere in the corner of the basement.

Take me to your reader.

mar von janko is the founder of cyberSurrealism and inventor of the modern methodologies behind aktion photography, performative * automatism ( as used in persona-driven live usability testing of found systems ), and the initial pre-cyberSurreal explorations of subversive anti-marketing message techniques. he lives in Marblehead, Massachusetts with his wife Jenn Millions, CEO of AiiO. 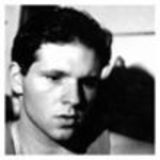