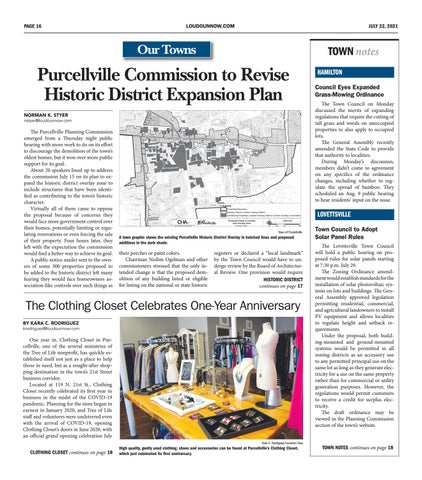 The Purcellville Planning Commission emerged from a Thursday night public hearing with more work to do on its effort to discourage the demolition of the town’s oldest homes, but it won over more public support for its goal. About 20 speakers lined up to address the commission July 15 on its plan to expand the historic district overlay zone to include structures that have been identified as contributing to the town’s historic character. Virtually all of them came to oppose the proposal because of concerns they would face more government control over their homes, potentially limiting or regulating renovations or even forcing the sale of their property. Four hours later, they left with the expectation the commission would find a better way to achieve its goal. A public notice mailer sent to the owners of some 300 properties proposed to be added to the historic district left many fearing they would face homeowners association-like controls over such things as

Council Eyes Expanded Grass-Mowing Ordinance The Town Council on Monday discussed the merits of expanding regulations that require the cutting of tall grass and weeds on unoccupied properties to also apply to occupied lots. The General Assembly recently amended the State Code to provide that authority to localities. During Monday’s discussion, members didn’t come to agreement on any specifics of the ordinance changes, including whether to regulate the spread of bamboo. They scheduled an Aug. 9 public hearing to hear residents’ input on the issue.

A town graphic shows the existing Purcellville Historic District Overlay in hatched lines and proposed additions in the dark shade.

their porches or paint colors. Chairman Nedim Ogelman and other commissioners stressed that the only intended change is that the proposed demolition of any building listed or eligible for listing on the national or state historic

registers or declared a “local landmark” by the Town Council would have to undergo review by the Board of Architectural Review. One provision would require HISTORIC DISTRICT continues on page 17

One year in, Clothing Closet in Purcellville, one of the several ministries of the Tree of Life nonprofit, has quickly established itself not just as a place to help those in need, but as a sought-after shopping destination in the town’s 21st Street business corridor. Located at 119 N. 21st St., Clothing Closet recently celebrated its first year in business in the midst of the COVID-19 pandemic. Planning for the store began in earnest in January 2020, and Tree of Life staff and volunteers were undeterred even with the arrival of COVID-19, opening Clothing Closet’s doors in June 2020, with an official grand opening celebration July Kara C. Rodriguez/Loudoun Now

Town Council to Adopt Solar Panel Rules The Lovettsville Town Council will hold a public hearing on proposed rules for solar panels starting at 7:30 p.m. July 29. The Zoning Ordinance amendment would establish standards for the installation of solar photovoltaic systems on lots and buildings. The General Assembly approved legislation permitting residential, commercial, and agricultural landowners to install PV equipment and allows localities to regulate height and setback requirements. Under the proposal, both building-mounted and ground-mounted systems would be permitted in all zoning districts as an accessory use to any permitted principal use on the same lot as long as they generate electricity for a use on the same property rather than for commercial or utility generation purposes. However, the regulations would permit customers to receive a credit for surplus electricity. The draft ordinance may be viewed in the Planning Commission section of the town’s website. 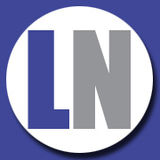