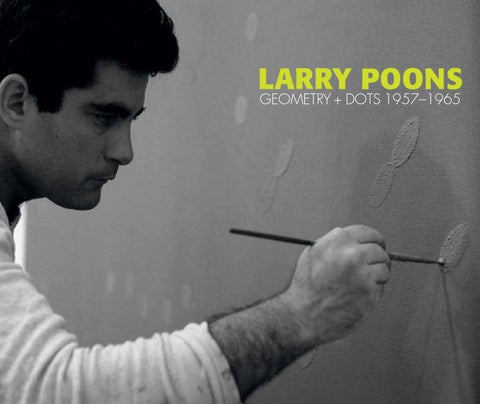 In 1970, to celebrate the centennial of the Metropolitan Museum of Art, the museum’s legendary curator, Henry Geldzahler, organized an exhibition titled “New York Painting and Sculpture.” The show’s forty three, mostly living artists spanned two and half generations and embraced a broad spectrum of what painting and sculpture could be, from the disciplined geometry of Joseph Albers and Donald Judd to the brooding realism of Edward Hopper, from the stripped down figuration of Milton Avery to the mass-culture inspired efforts of Claes Oldenburg, Roy Lichtenstein, and Andy Warhol. There were exuberant improvisations by the doyen of American Cubism, Stuart Davis, muscular “push-pull” paintings by Hans Hofmann, delirium images by Arshile Gorky, and mysterious boxes by Joseph Cornell. Multiple definitions of sculpture were proposed by Isamu Noguchi, Alexander Calder, George Segal, Dan Flavin, Robert Morris, and David Smith. Abstract Expressionism was accounted for by such leading lights as Jackson Pollock, Barnett Newman, Willem de Kooning, Adolph Gottlieb, Robert Motherwell, Franz Kline, and Clyfford Still. The expressive power of color was affirmed by the ravishing abstractions of Helen Frankenthaler, Morris Louis, Kenneth Noland, and Jules Olitski. And more. The youngest artist in this heady company was an intense young man of thirty three, the author of a group of dazzling expanses of glowing color punctuated by unstable scatterings of dots, lozenges, or elongated ovals. His name? Larry Poons. (His friend Frank Stella, a year older, was the second most junior artist in the show, represented by sometimes enormous geometric constructions ranging from severe to razzle-dazzle.)

Young as Poons was, however, he was already a known quantity. The luminous Dot paintings that Geldzahler included in his landmark show had established this precocious talent as someone to watch, ever since his first solo exhibition, in 1963 — he was twenty six — at Richard Bellamy’s Green Gallery. He had exhibited, as well, with Leo Castelli. Clement Greenberg had wanted to include Poons in the pivotal exhibition “Post-Painterly Abstraction,” which he organized for the Los Angeles County Museum of Art in 1964, but the brash young man refused, when he heard that only modest size works would be considered. None of this would seem remarkable today, when unfledged artists are routinely plucked from art school thesis shows and offered their proverbial fifteen minutes of fame. But artists of Poons’s generation were expected to have spent decades honing their abilities before claiming anyone’s attention, so the youthful painter’s rapid rise to international acclaim is a significant indicator of the potency of the work he was making at the time. II Poons’s Dot paintings, with their glorious color and complex optical rhythms, still declare themselves as some of the most seductive, compelling, and surprising works made in the 1960s. The artist explains them in terms of his admiration for Piet Mondrian and his conviction, at the time, that he needed a rigorous structure as the basis of his painting,

since he did not trust his own ability to draw (not in the conventional sense, of course). The “diagrams,” for lack of a better word, that he created to establish that structure, plotting the disposition of the ellipses on graph paper, are almost as compelling as the paintings that were derived from them, not only for what they tell us about Poons’s process, but also — paradoxically — because they are very beautiful as drawings. Viewed quickly, they can seem reminiscent of music scores, a not surprising association, since Poons is an accomplished musician whose experience ranges from a brief stint at the New England Conservatory of Music to gigs with Andy Warhol’s experimental group, the Druds. (T-Bone Burnett is a close friend.) There are arcane notations on these drawings, yet the more we study them and the more we try to decipher them in terms of a system, the more we realize that these elegant, disciplined compositions are, in fact, based more on sensitive intuition than mathematical relationships. The paintings that Poons derived from these “diagrams” prove that our skepticism about the existence of intelligible systems is well-founded. The Dot paintings seem at once meticulously ordered and irrational. We feel, on some level, that a powerful sense of logic has determined the placement of the ellipses against their radiant grounds of uninflected hues, yet that logic seems ultimately ungraspable, obedient to laws, perhaps, from some other sphere of existence. The elusiveness of these paintings is part of their fascination. Not only are their chromatic relationships unstable — the intensely colored ellipses pulse and shift against the intensely colored grounds — but also the very structure of the pictures eludes analysis. We suspect that at some point, an underlying geometric principle may have made itself felt, but that it has long since been knocked askew, under the pressure of active color relationships and other forces that we cannot identify. Poons raises and defeats expectations, just as a non-traditional musician might use syncopation and dissonance — even a tone row — in place of familiar rhythms and harmonic systems, deliberately refusing to gratify our anticipation of how particular passages might develop or be resolved. We may, at first, try to decode the “theory” that determined the placement of the levitating ellipses, but we soon abandon the effort. The ellipses threaten to change positions whenever we look away, but the vibration

of their concentrated doses of brilliant color against the saturated ground makes them just as hard to grasp if we look closely at them. And when the ellipses are of more than one color, the groups of the various hue appear to shift in relationship to each, like chords. We soon realize that any attempt to rationalize these magical expanses is pointless. Best to yield completely to their visual allure. Poons, has of course, altered his approach many times in the more than four decades since he stopped populating his canvases with dots, ellipses, and lozenges. He has never been content to pursue what he already knows he can do, preferring to keep himself off balance by pursuing unexplored possibilities. Whatever direction his work has taken, it has always been based on his remarkable sense of color, inflected by his response to the properties of his materials. “If only we could make paintings that looked as good as the paint,” he once said, gazing at a small bowl of unctuous pigment. He has, over the years, explored many strategies to “get out of his own way,” as he puts it, in order to allow intuition and sheer talent to dominate. He has poured and thrown paint, achieving new complexities of hue and new kinds of drawing by co-opting liquid pigment’s response to gravity as painting tool. His most recent work, no less extraordinary and no less complex coloristically, is made with a brush — intricately wrought but utterly spontaneous expanses of color as unstable and unpredictable as the Dot paintings, but in new terms. Despite his long and fertile career, the Dots remain, to some extent, the series with which Poons is most closely identified, on the principle that American artists tend to be classified according to the works that first established their reputations. The celebrity of the series also owes something to the fact that the majority of the Dot paintings are in prestigious private and public collections in the U.S., Canada, and Europe, including the Museum of Modern Art, the Metropolitan Museum of Art, Whitney Museum of American Art, the National Gallery, Washington, D.C., and the Hirshhorn Museum and Sculpture Garden, among many others. It’s worth noting, too, as a sign of the esteem that Poons was accorded by his peers, that both Robert Morris and Frank Stella acquired early paintings by him.

III The early and lasting fame of the Dots and half a century of making and exhibiting noteworthy paintings since his first solo exhibition notwithstanding, Poons can still surprise us. The formative works that preceded the Dots, for example, remain virtually unknown. Yet these vibrant paintings, made in the late 1950s, still seem radical — as sizzling as the complex Navajo blankets known as “eye dazzlers.” These very early Poonses reveal an eager young artist, in love, it seems, with the unexpected and in love with color, at once gaining security by using geometry as an underpinning and exulting in warping that geometry, sometimes to the point where it becomes completely indescribable. Euclid is often wholly overwhelmed by Poons’s plotting of linear paths, arcs, and layers, and the crisp edges and unbroken surfaces of the zones of fierce color are occasionally challenged by other kinds of paint application. At first acquaintance, these seldom-seen works seem very different from what followed, yet if we pay attention, we realize that the Dot paintings were, in a very real sense, the logical, albeit rarified fulfillments of the implications of the “eye-dazzlers.” (The “diagram” drawings help us to grasp this.) The eventual placement of the ellipses can be read a stripped-down acknowledgement of the trajectories of elements or of collisions between them — a kind of minimalist, schematic mapping of terrain described more explicitly in preceding works. These early efforts, like all of Poons’s subsequent work, including the Dot paintings, are testimony to a remarkable, restless, acute visual intelligence, manifest in an extraordinary use of color and unpredictable invention. Poons has often declared that the only distinction that interests him is between good paintings and the rest. Luckily for us, he’s been making wonderful ones from the very beginning of his long and vital life as an artist.

Starting with his first solo exhibition of “dot paintings” at Richard Bellamy’s Green Gallery in 1963, Larry Poons skyrocketed into art world stardom. In his mid 20s he was featured in the seminal exhibition, “NY Painting and Sculpture” curated by Henry Geldzahler at the Metropolitan Museum of Art. He began exhibiting at the legendary Leo Castelli gallery in 1965 alongside John Chamberlain, Donald Judd and Frank Stella, among others. Poons’s ellipse paintings from this period marked a major development in post painterly abstraction.