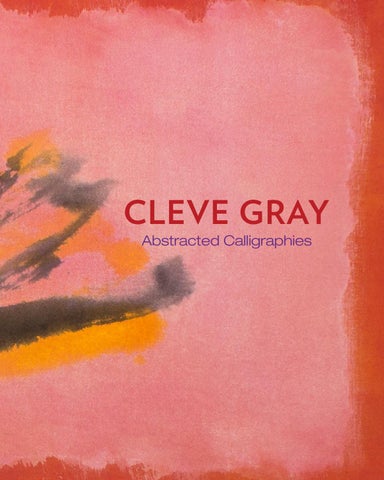 I have been in love with painting ever since I became conscious of it at the age of six. I drew some pictures I thought fairly good when I was fifty, but really nothing I did before the age of seventy was of any value at all. At seventy-three I have at last caught every aspect of natureâ&amp;#x20AC;&amp;#x201D;birds, fish, animals, insects, trees, grasses, all. When I am eighty I shall have developed still further, and I will really master the secrets of art at ninety. When I reach a hundred my work will be truly sublime, and my final work will be attained around the age of one hundred and ten, when every line and dot I draw will be imbued with life. Hokusai

in Warren, Connecticut, where he would spend the next 55 years of his life. Always surrounded by dogs, and engaged, early on, with the raising of Black Angus cattle, chickens, and sheep, he was a man who revered nature and the animal kingdom. Like many animal lovers, he wasnâ&amp;#x20AC;&amp;#x2122;t wildly enamored of humankind, and he tended toward a mild form of misanthropy. When he married my mother, the author Francine du Plessix, in 1958, he joined forces with a gregarious and cosmopolitan woman, brought up in society in New York City after arriving from wartime Europe at the age of 12. She was the one who constantly and regularly dragged him out of himself to go meet the world. They consequently built a life that was punctuated by weekly visits to New York City, 2 hours away, usually spending at least one night at the home of his in-laws Alex and Tatiana Liberman. These visits to the city were marked by lunches, dinners, museum and gallery visits, nurturing friendships and connections that would be instrumental to their development as artist and writer. When asked to write about my fatherâ&amp;#x20AC;&amp;#x2122;s engagement with Asian art, I am always brought back to this essential nature of his â&amp;#x20AC;&amp;#x201C; nature loving, private

and contemplative. It is in these qualities that I am able to understand it’s centrality to him and his work. In it, he found an escape from the civilization and the culture that surrounded him, which allowed him, intellectually and emotionally, to take a step back and see his environment, and his own life, from a more distant perspective. In turn, it eventually gave him the independence to forge a cultural bridge between East and West which is unique for it’s time. In doing so, perhaps inadvertently, he took on one of the most important roles an artist can play, that of healer and re-conciliator, bringing together perceived opposites so that the human spirit can evolve spiritually in the discovery of new cultural and emotional syntheses. The historical facts are that Cleve Gray wrote his thesis on Yuan Dynasty Landscape Painting at Princeton in 1940, an essay comparing “Chinese and Western Composition” in the College Art Journal in 1955, and traveled both to China and Japan in his lifetime. He was so moved by the self-immolation of Reverend Quang Duc, a Vietnamese Mahayana Buddhist monk in 1963 that he devoted the subject to a painting and became involved in the movement against the Vietnam War. He wrote an article “Narcissus in Chaos” in 1959, critical of the progenitors of Abstract- Expressionism. As he saw it, their work, unlike that of the

Chinese tradition, posited a space of overly-pronounced individuality, where, instead of the artist disappearing into the landscape, the landscape disappeared into the artist. He came to reconcile these views in forging the marriage of traditions so evident in this exhibition’s paintings. To facilitate entry into the “head space” required for this work, he developed a technique of releasing a scream at the moment the gesture was expelled, because, in his words, “I could not allow myself to continue to be dominated by Western civilization”.

But these events and facts are less important to a son than the essence of the man who was his father, and how that essence lives on in a son’s own character and artistic practice. While his son has looked to other cultures for direction — Australian Aboriginal, Mayan, Egyptian, for example — like his father he has chosen the role of re-conciliator of perceived opposites, and is most deeply inspired by the cultures where the artist was either entirely or somewhat anonymous, and where “the thing” is the landscape, not the individual. In a culture where, ego is increasingly paramount, my father’s work offers a window into an entirely different paradigm; one that far outpaces more recent efforts to assuage late capitalist conscience with “mindfulness”. These are the qualities of the man that endure, the things I carry with me, n that will no doubt also become a part of my children’s lives as well. Luke Gray

All scrolls collection of Francine and Cleve Gray

Published on the occasion of the exhibition Cleve Gray - Abstracted Calligraphies.