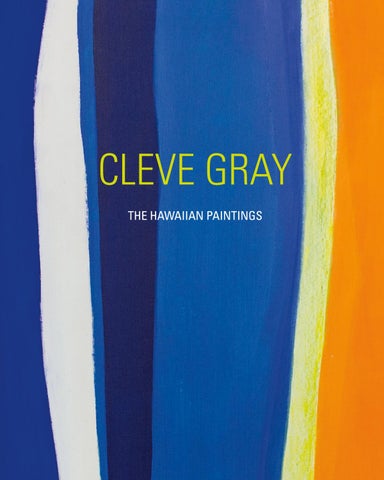 In November, 1970, I visited Hawaii for the first time. I remembered when the 50th state entered the Union in 1949. It seemed exotic and very distant. Cleve and Francine Gray helped me see its human reality and natural beauty. Hawaii in my imagination was a dreamy mix of big blue sea, Pearl Harbor horrors, and the leper colony of St. Damien on Moloka’i. Much of this persisted for me even after a short visit with Cleve and Francine Gray in the fall of 1970. Cleve had a Ford Foundation grant to be at the Art Institute in Honolulu for six months. Francine was doing research and writing which became a book: “Hawaii, The Sugar Coated Fortress”. Their children, Thaddeus and Luke, attended the elite Punahou School. I was there on a speaking trip and to meet local activists working to end the Viet Nam War. Limited time kept me in Honolulu and close to Lanikai, on the windward coast of Oahu, where the Grays had rented a small beach house. Months later my experience would be hugely expanded when Cleve showed me his Hawaii paintings and when I read Francine’s writing about the State. The Hawaii I anticipated in this first visit was a land of horizontals: gently sloping wide beaches lapped by broad waves with foamy crescents and flowing in from a distant horizon where blue sea met blue sky in an almost invisible line. I was horizontal on a towel on that beach. The verticals were palm trees and hula dancers with flowered necklaces and grass skirts, accompanied by sweet chords of the ukelele. All of this was transformed through Cleve’s life long determined exploration of the depth and intensity of nature. Each morning of my visit I saw him plunge naked into the inlet which touched the beach in back of their house at Lanikai. Lanikai means “heavenly sea.” Thus, Cleve started his day in heavenly pursuit. He looked upward and refreshed his spiritual yearning and search for beauty in nature and beyond. The paintings Cleve made during and following the time in Hawaii are a feast of verticals. In them we see and feel the up and down motion of water, of light, of volcanoes, lava flow and creeping greenery. We can touch the red soil, the moonlit shadows of mountains against the sea and sky; the blues and whites of water falling down in contrast to the sea pounding on flat shores. My limited memories were transformed as Cleve shared these paintings when I visited his studio in the months after the family returned from their Hawaiian trip. View them and step into Cleve’s realization on canvas of his deep communion with nature far out in the Pacific, deep in the sea and high in the sky and mountains. Vincent McGee

Published by Loretta Howard Gallery on the occasion of the exhibition: Cleve Gray: The Hawaiian Paintings March 28th - April 27th, 2019. It features an introduction by Vincent McGee, a close family friend, and colleague in the anti-war movement who stayed with the artist and his family in Lanikai.