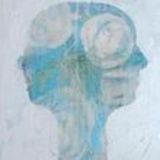 Lorenzo Sanjuan-Pertusa from his origin in Huesca, a small city near the Pyrenees Mountains, through Barcelona, Exeter, and Tokyo, to New York, the apotheosis of architectural madness, Lorenzo’s sensibility and imagination have continually built on the notion of home—a house of creativity, nourished by the experience of gazing outside. The intimacy of his creative impulse has become a resounding message to his contemporaries, drawing attention to the need for creativity and art in our society.