NavCour: A place that is the literal definition of niche 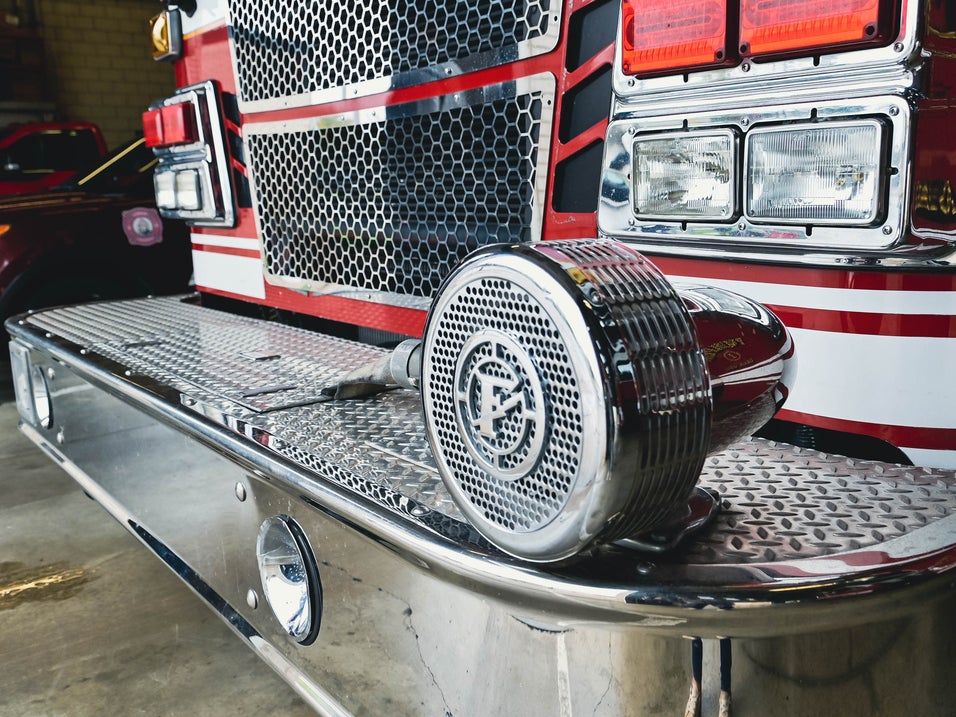 Introducing Firefighter Ben We...
written and photographed by Jason Shaffer

Niche, noun: A place or position that's particularly appropriate for someone or something, especially due to being very specific and different from others.

NavCour, noun: A place that is the literal definition of niche.

In a technology-filled world, where computers rule everything around us, NavCour is certainly off the beaten path in that regard. The only computer or piece of technology that I noticed was in the office all the way in the back. In place of computers, you'll find open flames, torches, industrial lathes, giant ovens, old fabric patterns, and lots and lots of glass.

After five minutes of watching Doug Navalinsky and his team work, you'll be enthralled by the fire, molten glass, and the brilliant glow of neon. Part technical craftwork, part Frankenstein's laboratory, this specialty shop on South Broadway is unlike any other in Lorain. In fact, when I asked Doug just how niche NavCour is, he named no more than five competitors—in the entire state of Ohio. Imagine having a talent so exclusive that you and every other equally qualified person in your state could pack yourselves into a VW Bus and hit the road. I find that absolutely fascinating.

The motto at NavCour is "Making the impossible possible." And believe me, some of the glassware they produce is just mind-boggling in its technical prowess. One of the first pieces Doug showed me was this multi-chambered weird teapot-looking thingy. I was amazed at the fact that a human made this, and not a computer-controlled machine. It was so elegant, strange, perfect—and left me wondering what in the world it was used for. After marveling over it for a few minutes, secretly looking for a single flaw in the craftsmanship (there were none), he opened up a case and showed me a small army of exact replicas of the mystery part. It's actually not a mystery part. He told me exactly what it was called and what it was for, but I didn't write it down and totally forgot. Where the mystery lies is: how can they replicate this specialty glassware so perfectly, over and over, as the parts created here demand extreme precision, continuity, and have to be durable? There is no room for anything less than perfection.

Watching the hypnotizing spin of the lathe as the glass shimmers in the shop lights, the orange glow of the torch's flame while it shapes cylindrical pieces of glass—it all leaves you so mesmerized. All of the shaping, melting, heating—it's all very satisfying to see.

During my last visit, I got to see the entire process for creating custom neon signs. It was so alluring. Starting with a fabric pattern and ending with a beautiful, colorful work of art—it was extremely interesting to see how it's done. So much patience and skill are required to develop and create each of these neon signs.

Another part of NavCour's business revolves around repairing and restoring old neon signs and clocks. They recently rebuilt the old Eagles sign that used to hang on Broadway, and that is now inside Vic Nardini's upcoming Neon Ballroom located at 383 Broadway in the old Cleveland Trust building. It looks awesome!

While I was there, I also got to see them making small repairs to an old Dog & Suds sign that hasn't lit up in years.

All of this is just a peek into what kind of things are created at NavCour. Doug and his team are doing really great work, and I think it should be celebrated, along with all of the other Lorain shops that build or create unique and custom products. We have to keep artisans like this in the spotlight to excite and inspire others to make sure these little niches don't disappear.

Check back with me in a few months when NavCour and I collaborate on some really unique and cool art pieces that are going to leave your jaws on the ground! In the meantime, don't forget to shop and support local! It's good for your soul.

This story is from:
Lorain Local Magazine Issue Ten
by lorainlocal