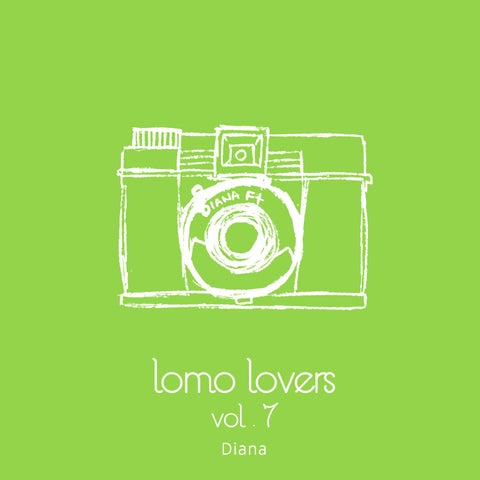 welcome. lomo lovers has been created by two sisters who have a passion for lomography and want to share what’s out there to fellow lomographers. we are creating monthly “inspiration books”. different cameras, film, techniques and maybe some specialist features you name it, we just want to share it. we would like to thank everyone who has contributed to this issue, without you the book would be empty! this month we have gone with a classic... the Diana. the lightweight plastic body, the simple shutter, the colour-dripping lens and soft-focused surprises, what more could you want from a camera! we are also featuring fed.v as our inspirational lomographer who specialises in different films and techniques (definitely worth a read)

we are two sisters from Buckinghamshire who have a passion for Lomography and vintage cameras. We both got our first cameras back in December 2010 and since then our collection has grown to over 40 between us. we love slide film and experimenting with different techniques, and we love being constantly surprised with the results that you just donâ&amp;#x20AC;&amp;#x2122;t get with digital photography. we are always inspired by the analogue community, and want to share this wonderful world with everyone.

rats eye: this is where the camera is placed at ground level, it gives a great perspective and depth.

double exposure: one shot taken over the top of another usually using an mx button or finishing a roll, rewinding, then shooting on top.

home made redscale: take some colour film and put it in your camera the wrong way round, so you expose on the back of the film.

long exposure: using the bulb mode “B” you can create motion blurs. cross-processing: xpro for short. processing your film in the wrong chemicals gives your film more impact and saturated high contrast.

sprocket hole: modifying a medium format camera to use 35mm film, means you will have the image bleeding onto the sprocket holes.

coloured flash: get some coloured plastic gels, place one over the flash and experiment with colour.

panoramas: combining multiple shots of one subject to create one long overlapping image.

camera tossing: moving your camera or throw it in the air as you take the shot. giving a camera shake and motion blur.

microclicks: Overlapping, merging many exposures together so that they create a much more striking, fluid and cohesive panorama.

Inspirational lomographer of the month.... name: federico venturino flickr home: http://www.flickr.com/photos/fed_v/ day job: web developer How long have you been into lomography / photography: I’ve been taking pictures for about 15 years. I bought my Fisheye camera 5 years ago but it wasn’t until 2 years ago that I got really into Lomography.

favourite shooting locations: I usually shoot a lot in the streets of Buenos Aires when it isn’t too crowded. I try to avoid getting people in my shots for some reason. I often go to cementaries even though they freak me out. I enjoy road trips and forests the most but don’t go that often.

I usually go out with 3 or 4 different cameras at a time.

a bit about yourself: I began taking pictures on a trip to NY back in 1996. My dad took me to the Eastman Museum there in Rochester and it was in front of an original salt print by Fox Talbot that I asked him if we could do this at home. He had always been an amateur photographer so the darkroom was already set. He taught me everything I know about developing B&amp;W and composition. My house has always been full of antique cameras and old photographs so it was only a question of time before I got bit by the shutterbug. From the very beginning I was interested in alternative photography. I’ve always loved experimenting with different films and techniques to achieve different moods and textures. Now, with the advance of digital photography a lot of films are being discontinued which makes it more like treasure hunting. You never now how a film has been stored and what kind of results you’re going to get!

where would you like to shoot where you haven’t so far? Russia, Prague, Machu Pichu 9.

* This film was designed to make slide duplicates of colour negatives so it has strong blue cast to compliment the orange mask found on negatives. This give the images almost a cross processed look to them. It is extremely slow (around 3-6 ASA) and seems to be somewhat fogged adding a bit of magenta to some areas of the film. This creates a warm and cool colour tone that seems interesting for some pictures despite having almost no shadow detail.

* After discovering that some people pre-soak Rollei films to remove the anti-halation layer (it’s in the developing instructions I’ve never read!), it occurred to me that perhaps by removing said layer before loading it in the camera I might be able to simulate the “glowing highlights” of “aura” of Kodak HIE High Speed Infrared Film. To do this, I simply took a roll and loaded it into my developing tank, washed it in water for about 3 minutes and dried it with a hair dryer in complete darkness. I then Rolled it back into a 35mm cassette and loaded my camera. The highlights get a little fuzzy but you can only really notice the effect when you have strong highlights set against dark shadows or a black sky. Still, I think it makes the film a little more interesting if one manages to avoid water streaks!

* This is where I think Kodak Hawkeye Traffic Surveillance Colour Film (2486) shines. Nice, rich, saturated colours in full sunlight. Itâ&amp;#x20AC;&amp;#x2122;s impossible to overexpose this film! I generally shoot it with one of my toy cameras and pretty much every pictures turns out fine but when I can expose it properly, I set it to 250 ASA.

* Kodak Vision 3 500T Motion Picture Film is a Tugnsten balanced film designed for artificial light. I love taking it out for daylight shots to get that blue colour cast. The Receskyâ&amp;#x20AC;&amp;#x2122;s blurry edges really makes the center of the image the focus point.

* This is another tungsten balance colour negative film. The colour cast isn’t as blue as the 500T but more of a light cyan. The “L” in NPL stands for Long exposures so I though it would be appropriate for pinhole shots.

Your favourites by others:

Diana shots of the month

call for entries This year is going to be BIG! we want one of our volumes to feature solely film swaps from our readers and contributors! We are calling for contributors. All you need to do is email me at nicnocnoo@hotmail.co.uk with your name, address, email and film format choice and Iâ&amp;#x20AC;&amp;#x2122;ll match you up with a suitable candidate. You will need to be able to shoot a roll of film and wind back with the leader still out so your film swap partner can use the roll to shoot over with. You will both have a roll of film to develop and enter your best shots to our flickr pool or my email. Details will be emailed to you. Deadline for candidates will be 1st April 2012 and entries must be submitted by 1st MAY 2012 to be published in the June issue of Lomo lovers. So whatâ&amp;#x20AC;&amp;#x2122;s stopping you!

creative bokeh.... Daz. (a lomo lovers regular on flickr and lomography.com) has created this great technique for doing bokeh multiple-exposures.

You will need: One large aperture lens One sheet of black paperboard

step 1: Cut and shape the sheet to make a fake lens hood. The Diameter is made so that it snugly fits on the lens.

step 2: In the middle of the filter the wanted bokeh shape is cut out - in out example a star is used. (you can use a puncher or cut it by hand).

step 4: I shot a roll of film through my SLR using a custom bokeh mask. The basic idea behind the mask is that it changes the out-of-focus areas from standard circle-ish shapes to fancy shapes such as stars, faces, hearts etc. It works particularly well in dark situations with lots of lights in the background.

step 5: I shot my roll around town one night – streetlights, traffic lights, etc. I used a large

aperture (f/1.8) and made sure the lights were out of focus – this led to maximum custom shapes. You don’t have to go round town to shoot lights – you could just put some fairy lights up in a dark room (I used this option for my second attempt – it’s much warmer and quicker!).

step 6: Once I finished the film in my SLR, I put it into one of my Lomo cameras and shot

normally. I think I got some rather pleasing results. The cow with a star in her mouth, and the planetarium are particular favourites…

We are already planning vol. 8. the recent news that KODAK are discontinuing their fantastic slide film has got us down... so we thought we would celebrate the amazing film and cameras that they have produced over the years!! so submit your best Kodak film or camera shots and visit our lomolovers flickr group and start posting! special effects/techniques welcome. we are also looking for tipsters, and one special person to be our inspirational lomographer of the month! deadline for entries is Sat 24th of March so I can start editing! contact me at nicnocnoo@hotmail.co.uk or follow us @lomoloversuk on twitter for more information

lomo lovers has been created by two sisters who have a passion for lomography and want to share what’s out there to fellow lomographers.we are creating monthly “inspiration books”. different cameras, film, techniques and maybe some specialist features you name it, we just want to share it. we would like to thank everyone who has contributed to this issue, without you the book would be empty!this month we have gone with a classic... the Diana. the lightweight plastic body, the simple shutter, the colour-dripping lens and soft-focused surprises, what more could you want from a camera! we are also featuring fed.v as our inspirational lomographer who specialises in different films and techniques (definitely worth a read) 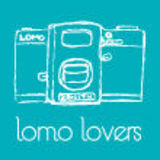