Every night, we gather on my front stoop.We are multiple combinations of jobless, homeless, family-less, and sometimes just plain listless. We sit and some of us drink and some of us smoke and together we solve the problems of the city — since no one in any official capacity seems able or inclined to do so....We are a porch full of people who don’t know who’s playing in the World Series and don’t know what movies opened this week and don’t know how many died in Iraq today. We are consumed. We would probably bore you to tears. But it is good therapy and we laugh more than we cry, and that’s a start, that’s a good thing, that’s a sign of winning the war, of getting this damn elephant out of our city — out of our sight. — from 1 Dead in Attic: After Katrina, by Chris Rose > Five years after evacuation, still-displaced

residents of New Orleans have a strong desire to return to their former communities. Pre-Katrina New Orleans was a vibrant community of hard-working residents, and had a dynamic street life of neighbourhood parades that bound communities, creating strong identities and a strong sense of place. Hurricane Katrina’s flood waters inundated 80% of the city on August 29, 2005 as a result of multiple levee failures, particularly around Lake Pontchartrain. Flooding in the aftermath of Hurricane Katrina led to new US Federal regulations and requirements, including recommendations that homes in low-lying areas of New Orleans be rebuilt and raised high off the ground in order to be safe from future flooding. Unfortunately, this is a flood mitigation strategy that disrupts the style of commu-

nity life in traditional New Orleans neighborhoods. The front porch is an architectural characteristic of the shotgun-style housing prevalent in southern Louisiana, which relies on its relationship to street level to thrive. This is the threshold of family life, social encounter and community engagement; it provides refuge and sanctuary. But porches simply do not function as spaces of social interaction when they’re 12 or 15 feet above the road. Raising homes above streetlevel disrupts the harmonious relationships among residents, porch-dwellers, next-door neighbours, community passersby, and even foreign pedestrians — a community of social engagement becomes a community of division and solitude. Mindful of this fundamental relationship between the form of shotgun housing

and the way of life it nourishes, Dr. Elizabeth English, Associate Professor at the University of Waterloo’s School of Architecture, founded the Buoyant Foundation Project (BFP) in 2006. The BFP aims to provide an alternative form of flood protection, more appropriate for New Orleans than permanent static elevation high above the street. The BFP is an amphibious foundation system designed for retrofit to existing traditional wooden shotgun-style housing. It enables the house to sit just above ground, retaining the original elevation of a streetscape under normal (dry) conditions, and during flood conditions, allows the house to float up on the water. A structural sub-frame is installed underneath the house. It connects buoyancy blocks to the house and is attached near the corners of the house to the tops of vertical guidance posts that telescope out of the ground as water levels rise. Thus, lifted by the buoyancy blocks, the house can move only straight up and down, as required by the depth of flooding. Utility lines can have either long, coiled “umbilical” lines for water and electrical supply or self-sealing “breakaway” connections that disconnect gas and sewer lines when the house begins to rise.

The BFP supports the local culture and is a catalyst in the restoration of a physical habitat. The shotgun house has been an integral part of shaping the distinctive culture in many parts of New Orleans, creating tight-knit communities and contributing to a sense of place. The BFP recognizes the significance of allowing the house to remain at street level in order to restore this tight-knit community culture. One of the first widely publicized examples of modern amphibious housing appeared in the Netherlands in 2005 in Maasbommel. This engineered solution that satisfies building codes in the Netherlands has been working reliably and can be easily reproduced. Local examples of amphibious housing can be seen in Lakeview and at the FLOAT House in the Lower Ninth Ward, both in New Orleans. Each of these recently constructed homes is fully functional and, like the BFP, utilizes components that provide buoyancy and vertical guidance. Through the retrofit of existing structures with buoyant foundations, less waste and energy are consumed when compared to new construction. It is also a more economical form of flood protection than permanent static elevation, as it is more cost effective to implement. As well, the BFP provides a higher level of flood protection than permanent static elevation, as it is able to adapt to changing flood levels. And the BFP is unique in that it offers protection not only from future floods but from cultural annihilation as well — it protects not just the house, but also the street-level life and character of the city’s neighbourhoods. SPACING.CA 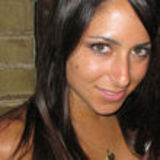