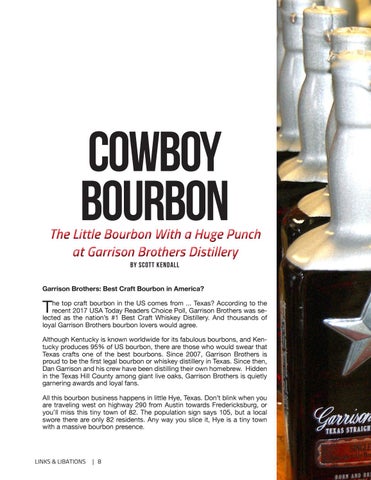 he top craft bourbon in the US comes from ... Texas? According to the recent 2017 USA Today Readers Choice Poll, Garrison Brothers was selected as the nation’s #1 Best Craft Whiskey Distillery. And thousands of loyal Garrison Brothers bourbon lovers would agree. Although Kentucky is known worldwide for its fabulous bourbons, and Kentucky produces 95% of US bourbon, there are those who would swear that Texas crafts one of the best bourbons. Since 2007, Garrison Brothers is proud to be the first legal bourbon or whiskey distillery in Texas. Since then, Dan Garrison and his crew have been distilling their own homebrew. Hidden in the Texas Hill County among giant live oaks, Garrison Brothers is quietly garnering awards and loyal fans. All this bourbon business happens in little Hye, Texas. Don’t blink when you are traveling west on highway 290 from Austin towards Fredericksburg, or you’ll miss this tiny town of 82. The population sign says 105, but a local swore there are only 82 residents. Any way you slice it, Hye is a tiny town with a massive bourbon presence. 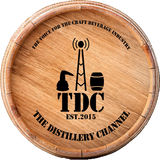