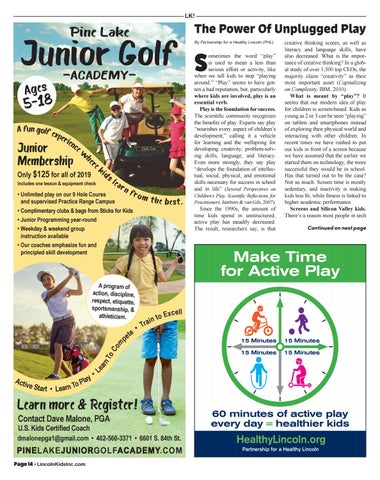 ometimes the word “play” is used to mean a less than serious effort or activity, like when we tell kids to stop “playing around.” “Play” seems to have gotten a bad reputation, but, particularly where kids are involved, play is an essential verb. Play is the foundation for success. The scientific community recognizes the benefits of play. Experts say play “nourishes every aspect of children’s development,” calling it a vehicle for learning and the wellspring for developing creativity, problem-solving skills, language, and literacy. Even more strongly, they say play “develops the foundation of intellectual, social, physical, and emotional skills necessary for success in school and in life” (Several Perspectives on

Since the 1990s, the amount of time kids spend in unstructured, active play has steadily decreased. The result, researchers say, is that

creative thinking scores, as well as literacy and language skills, have also decreased. What is the importance of creative thinking? In a global study of over 1,500 top CEOs, the majority claim “creativity” as their most important asset (Capitalizing on Complexity, IBM, 2010). What is meant by “play”? It seems that our modern idea of play for children is screen-based. Kids as young as 2 or 3 can be seen “playing” on tablets and smartphones instead of exploring their physical world and interacting with other children. In recent times we have rushed to put our kids in front of a screen because we have assumed that the earlier we started them on technology, the more successful they would be in school. Has that turned out to be the case? Not so much. Screen time is mostly sedentary, and inactivity is making kids less fit, while fitness is linked to higher academic performance. Screens and Silicon Valley kids. There’s a reason most people in tech 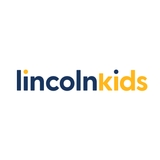