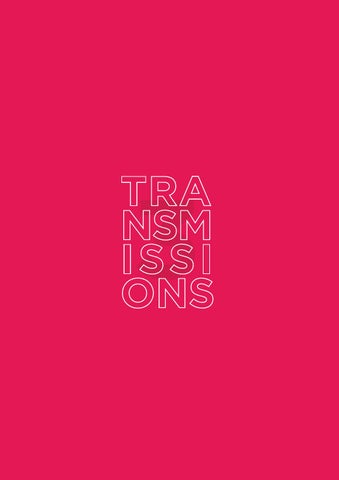 THE DARK I MUST NOT NAME.

Five people who work on the outskirts of Barcelona and whose paths cross every day: Iurie, a Moldavian wrestler who is waiting for Spanish papers and is working on the harvest with farmer Ra端l. Ra端l took over the farm from his parents. The situation is precarious, as an insect plague has infested his fields and is threatening to ruin the yield.

In the film, acclaimed experimental filmmaker Amit Dutta returns to North Indiaâ&amp;#x20AC;&amp;#x2122;s Kangra Valley,the lush mountain setting featured in his previous work Nainsukh .As in the prior film,here Director Considers the regionâ&amp;#x20AC;&amp;#x2122;s rich visual arts tradition through the perception of a native artist,in this case the contemporary landscape painter Paramjit Singh.

SONGS FROM THE NORTH

An essay film which looks differently at the enigma of North Korea, a country typically seen through only through the distorted lens of jingoistic propaganda and derisive satire. Interweaving footage from the filmmakerâ&amp;#x20AC;&amp;#x2122;s three visits to North Korea with songs, spectacle, popular cinema and archival footage, the film tries to understand on their own terms the psychology and popular imagination of the North Korean people.

Lamb is a troubled veteran and his girlfriend,M, is tormented as well, when heâ&amp;#x20AC;&amp;#x2122;s not working as a security guide in an old warehouse with other unstable vets, Lamb haunts a nightclub frequented by wounded and traumatized ex-soldiers. There he meets a one-armed vet, Thrill, who starts a strange story about the effects of his post-traumatic stress, which unsettles Lamb.

An Amtrak train pulls out of Penn Station in New York on a cold, sunny February morning. The train moves forward as the landscape changes-the East Coast giving way to the Midwest. Passengers fill their roles,the snow begins to fall and the next train station is announced, all while the light continues shifting,bouncing,swelling and slouching into eventual darkness.

The film follows the young marginalized musicians and their never before seen sub-culture, while also painting a striking, moody and intimate portrait of Indonesiaâ&amp;#x20AC;&amp;#x2122;s frenzied capital city. It traces their elusive quest for identity and love in the day-to-day of a city overrun by the effects of globalization and corruption.

Lajwanti/The Honour Keeper is a love story set in a village in the Thar desert in Rajasthan,India. A group of women in their daily long walk collect water recite songs and exchange words that reveal their hidden desires.

Christian spends his days trimming grass and taking care of a football court at a Gated Community in the most distant suburbs of Buenos Aires, not far from the blur point where the green wilderness begins.

MY CAMERA AND THE TSUNAMI

The film shares special moments that the filmmaker experienced with his camera, a special bonding over a period of 4 years, in terms of creating cinematic imagery, relating, exploring, seeking and interpreting notions of his reality.

THREE MEN AND A BULB

It is the story of three men who earn a livelihood from their gharat(watermill)in foothills of Himalayas(Uttaranchal),India. The gharat becomes a site, which each character wants to own and sometimes disown,in the quest for a better life.

The third edition of Lightcube Film Society’s festival of independent cinema from around the world, Transmissions, is slated to take place from 26th February to 1st March at the Instituto Cervantes, New Delhi. The festival will include feature films from countries such as Dominican Republic, Argentina, USA, India, Finland, Syria, Portugal and South Korea. The four-day festival will also include performances by independent artists, panel discussions, an exhibition and workshops.