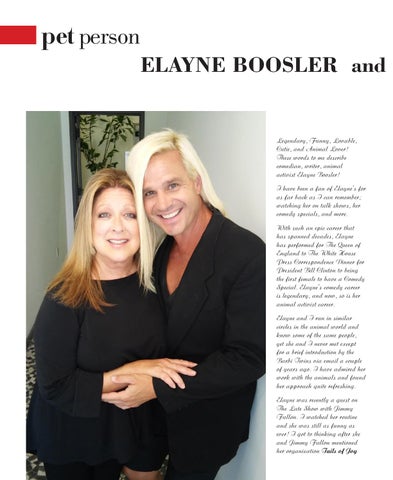 Legendary, Funny, Lovable, Cutie, and Animal Lover! These words to me describe comedian, writer, animal activist Elayne Boosler! I have been a fan of Elayneâ&amp;#x20AC;&amp;#x2122;s for as far back as I can remember; watching her on talk shows, her comedy specials, and more. With such an epic career that has spanned decades, Elayne has performed for The Queen of England to The White House Press Correspondence Dinner for President Bill Clinton to being the fifirst female to have a Comedy Special. Elayneâ&amp;#x20AC;&amp;#x2122;s comedy career is legendary, and now, so is her animal activist career. Elayne and I run in similar circles in the animal world and know some of the same people, yet she and I never met except for a brief introduction by the Barbi Twins via email a couple of years ago. I have admired her work with the animals and found her approach quite refreshing. Elayne was recently a guest on The Late Show with Jimmy Fallon. I watched her routine and she was still as funny as ever! I got to thinking after she and Jimmy Fallon mentioned her organization Tails of Joy 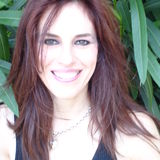