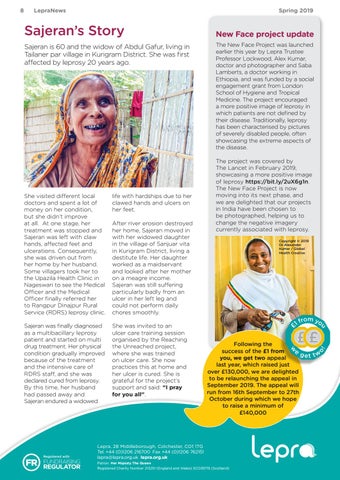 Sajeran’s Story Sajeran is 60 and the widow of Abdul Gafur, living in Tailaner par village in Kurigram District. She was first affected by leprosy 20 years ago.

She visited different local doctors and spent a lot of money on her condition, but she didn’t improve at all. At one stage, her treatment was stopped and Sajeran was left with claw hands, affected feet and ulcerations. Consequently, she was driven out from her home by her husband. Some villagers took her to the Upazila Health Clinic in Nageswari to see the Medical Officer and the Medical Officer finally referred her to Rangpur Dinajpur Rural Service (RDRS) leprosy clinic.

life with hardships due to her clawed hands and ulcers on her feet.

Sajeran was finally diagnosed as a multibacillary leprosy patient and started on multi drug treatment. Her physical condition gradually improved because of the treatment and the intensive care of RDRS staff, and she was declared cured from leprosy. By this time, her husband had passed away and Sajeran endured a widowed

She was invited to an ulcer care training session organised by the Reaching the Unreached project, where she was trained on ulcer care. She now practices this at home and her ulcer is cured. She is grateful for the project’s support and said: “I pray for you all”.

After river erosion destroyed her home, Sajeran moved in with her widowed daughter in the village of Sanjuar vita in Kurigram District, living a destitute life. Her daughter worked as a maidservant and looked after her mother on a meagre income. Sajeran was still suffering particularly badly from an ulcer in her left leg and could not perform daily chores smoothly.

New Face project update The New Face Project was launched earlier this year by Lepra Trustee Professor Lockwood, Alex Kumar, doctor and photographer and Saba Lamberts, a doctor working in Ethiopia, and was funded by a social engagement grant from London School of Hygiene and Tropical Medicine. The project encouraged a more positive image of leprosy in which patients are not defined by their disease. Traditionally, leprosy has been characterised by pictures of severely disabled people, often showcasing the extreme aspects of the disease. The project was covered by The Lancet in February 2019, showcasing a more positive image of leprosy https://bit.ly/2uX6g1n. The New Face Project is now moving into its next phase, and we are delighted that our projects in India have been chosen to be photographed, helping us to change the negative imagery currently associated with leprosy. Copyright © 2019 Dr Alexander Kumar / Global Health Creative

Following the success of the £1 from you, we get two appeal last year, which raised just over £130,000, we are delighted to be relaunching the appeal in September 2019. The appeal will run from 16th September to 27th October during which we hope to raise a minimum of £140,000 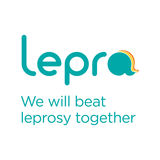