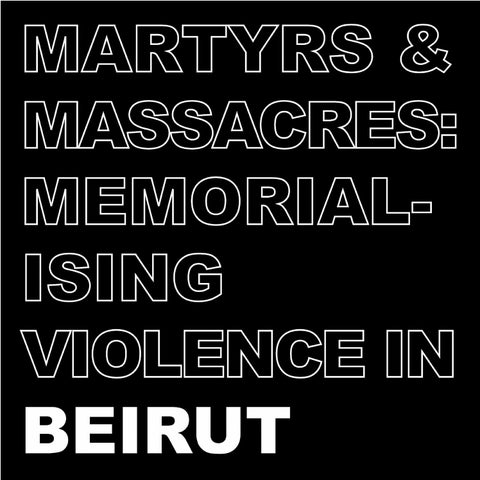 Conflict in Cities: Europe and the Middle East

This photo-essay is based on fieldwork in Lebanon that commenced in 2006. It seeks to capture how episodes of violence are inscribed and memorialised within Beirut’s urban cityscape. The images capture two distinct periods and sets of events: the prolonged bloody civil war of 1975-1990; and subsequent violent occurrences, such as the Israeli attack on Qana in 1996 and the assassination of former Prime Minister Rafik al-Hariri in 2005. The historical readings of these events remain contested and disputed, resulting in multiple discourses and commemorative approaches. The images and snapshots explore how ‘martyrs’ and ‘massacres’, have given rise to diverging memory narratives and are exploited and politicised by various Lebanese actors and agents.

Some of Beirutâ&#x20AC;&#x2122;s war-ravaged buildings have become symbolic backdrops for political posters and flags: celebrating martyrs , demarcating boundaries, and recalling specific sectarian narratives. An apartment in Hamra displays Lebanese Nasserite flags and posters of political affiliates, while in Ain al-Mresse an Amal flag is painted, alongside images of its charismatic Shiâ&#x20AC;&#x2122;a founder, Musa alSadr and its inspiration, the Iranian Cleric, Ayatollah Ruhollah Khomeini.

Other battle-weary buildings have become sites for restoration and redemption. The classical Barakat building or ‘Yellow House’ in Sodeco, a former sniper point, that rested on Beirut’s green line, is soon to be reimagined as Beit Beirut, a war museum and urban cultural centre. The project aims to capture ‘social, urban and architectural memories’ to ‘portray the thousand facets of the city.’

In Beirutâ&#x20AC;&#x2122;s residentia l neighbourhoods more explicit war memorials are to be found. The Lebanese Phalangist (Kataâ&#x20AC;&#x2122;ib Lubaniyya), a right-wing political party and former militia group supported mainly by Maronite Christians, commemorates its historical presence in the Ain alRoummaneh neighbourhood, with a statue constructed from spent ammunitions cartridges. The banner behind lists the names of its fallen Christian fighters.

A Syrian Social National Party (alHizb al-Suri al-Qawmi al-Ijtimaʿi) plaque outside the former Wimpy café in Hamra, commemorates an attack against occupying Israeli forces. The spontaneous act of defiance by Khalid Alwan has been immortalised as marking the beginning of indigenous resistance. The plaque reads, ‘Lebanese National Resistance Front, the Square of martyr Khalid Alwan, the hero of the ‘Wimpy’ operation, 24/09/1982’

An official army commissioned memorial remains virtually unknown and largely hidden from view, positioned between the Damascus highway and a sensitive military training base. The tall concrete column of decommissioned tanks, while a forceful and striking depiction of violence, also hints at the complexity and regional involvement in the war given the diverse models of tanks collected. A single associated plaque celebrates President Lahoudâ&#x20AC;&#x2122;s inauguration, yet the war is conspicuously absent from its text.

Perhaps the most popular Lebanese war memorial is one which has unintentionally come to represent the national spirit of resilience and endurance. Marino Mazzacurati’s ‘Martyrs Memorial’ installed in May 1960 in Sahat al-Shuhada (Martyrs’ Square), while a monument to the infamous patriots hung by the Ottoman authorities, more broadly celebrates the ever-present struggles for freedom and independence. The monument was badly disfigured during internecine street fighting, it was temporarily removed during the 80’s and 90’s, before being restored and returned to its focal position as part of the Central Reconstruction Project. The still evident bullet holes and scars symbolise for many the war injuries suffered by thousands of civilians, yet also the Lebanese ability to survive.

Memories of more recent violence take multiple forms and narratives. This temporary exhibition , constructed by the Shiâ&#x20AC;&#x2122;a Islamic group Hizbullah, commemorates the Israeli attack on Qana in South Lebanon, on 18 April 1996, which left 28 civilians dead when a UN Compound was targeted. Its graphic and gory nature, replete with fake blood and body parts, stands in stark contrast to the grandiose setting of Beirutâ&#x20AC;&#x2122;s reconstructed Down Town.

The billboard reads ‘In order not to forget – Thursday 18th April 1996.’ The memory of the Qana attack is used to warn of the ever-present threat of Israeli aggression and to bolster support for the resistance movement (Hizbullah) in the South.

The assassination of former Lebanese Prime Minister and self-made billionaire, Rafik al-Hariri on Valentine’s Day 2005 initiated a period of political change, violence and flux in Lebanon. Martyrs Square became a focal point for mass mobilisation and political protest, as well as the site of Hariri’s tent-covered tomb. In some districts of Beirut, digital counters marked the days since Hariri’s passing, imploring the search for ‘the truth for the sake of Lebanon’. In 2010 a bronze statue of Hariri was erected overlooking the marina he had built as part of the Solidère project.

‘They feared you so they murdered you.’ The one year anniversary of Hariri’s assassination in Down Town, Beirut, 16 February 2006.

‘There is no need to remember Lebanon’s past crimes and conflicts – when there is plenty to worry about today! Martyrs Square will always have its fallen. New figures simply replace the old - Hariri, the architect of a bigger, grander Lebanon; Tueni, wrote about freedom and Gemayel symbolized the traditional elite’ (Hamra, 2 December 2006). This quote from a Beirut medical student decries the latest assassinations of Lebanese politicians whose eulogised images now encircle the city’s central square. Rafik al-Hariri’s bedecked tomb lies adjacent to his selfcommissioned and ostentatious Mohammad al-Amin Mosque. Slain journalist and politician, Gebran Tueni’s image peers down from a banner overhanging his An-Nahar Newspaper office pleading with passers-by to remember ‘the difference between darkness and light… is a word.’ Finally, a life-size poster of Pierre Amine Gemayel, the Kata’ib politician and Lebanese Minister of Industry assassinated by four gunmen on 21 November 2006, adorns the Kata’ib Headquarters building, proclaiming his eternal legacy is ‘he lives for Lebanon’.

ÂŠ Copyright 2011 by Conflict in Cities, All Rights Reserved 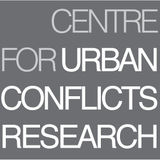 This photo-essay is based on fieldwork in Lebanon that commenced in 2006. It seeks to capture how episodes of violence are inscribed and mem...

This photo-essay is based on fieldwork in Lebanon that commenced in 2006. It seeks to capture how episodes of violence are inscribed and mem...